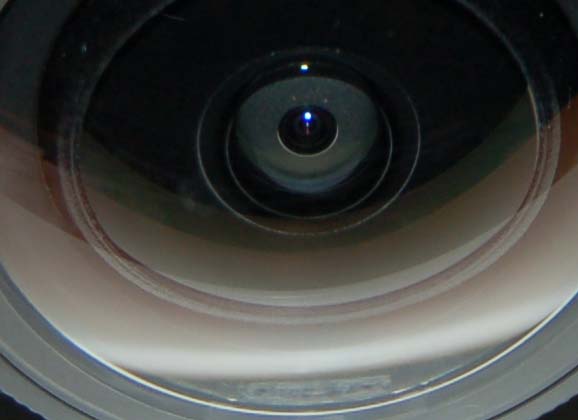 Although there have been several instances of on-bike cameras capturing footage from inside the peloton in the past, this is the first year that ASO has had an official agreement in place for teams to capture footage and broadcast it without fear of fines from the race organisers or other ramifications. The technology now exists to make it a realistic proposition and, for this reason it was announced prior to the Grand Départ that up to four riders from two teams would be allowed to attach cameras to their bikes for each stage of the 101st Tour.

In the 2014 Tour, the footage is being edited after the stages and broadcast after the race; but according to Manabu Tatekawa of Shimano, it won’t be long before it’s part of the live coverage. “That’s possible,” Tatekawa told RIDE before the start of the 11th stage. 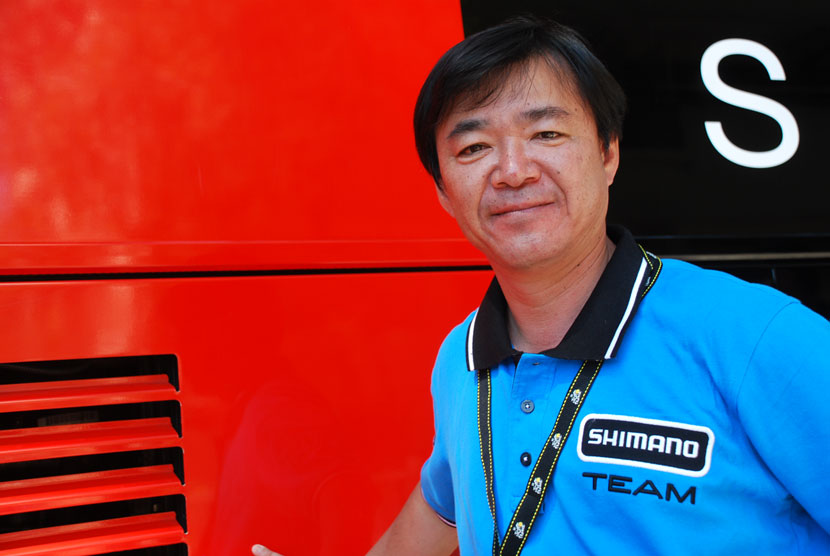 Manabu Tatekawa, Shimano’s manager of planning for the bicycle component division, is encouraging his engineers to create a camera that will be able to broadcast HD images live… and, he believes, it may happen as early as the second-generation of the Sport camera.
Photo: Rob Arnold

Click the link below to see footage captured by the Orica-GreenEdge team from stage two.

The Japanese company first released an electronic shifting system, Di2, at the end of 2008 after years of research with professional teams that tested prototypes. The electronic innovation continues and Shimano’s Sport cameras are now on sale. They were in development for around three years before being launched this year. The next step, according to Tatekawa, “depends on the actual supply of electric power”.

The Di2 battery now comes in a range of options, including one that fits inside the seat tube of a bike’s frame. Since the original release in 2008, it has been improved so that charging can be achieved more easily – without the need to detach the battery from a housing on the frame and slot it into a charger.

“What we are working on now is how we can connect the camera to the Di2 power battery. If we are able to sacrifice some power from the [electronic gear] shifting mechanism, then we are going to be able to proceed to the next level – but we don’t want to pass on a weight penalty to the riders by providing a bigger battery.”

Shimano’s heritage is as a cycling company and Tatekawa was quick to remind me that electronics is just part of product development. “The camera technology came out of a collaboration with a company that is a specialist with this sort of thing,” he said, without nominating what company it was working with – nor would he surrender that information.

“We are really focussed on creating a product that is special for cycling.”

That said, the development of the camera products – even when the original release is so new to the market – has been rapid and upgrades and innovations are likely to appear in the not too distant future.

So, when will see live broadcasts from Shimano’s on-bike cameras? “Maybe with the next product release,” said Tatekawa with a broad grin, clearly satisfied that the R&D is progressing well. “That’s what I hope. I need to push my engineers so that we can achieve this.”

Tatekawa explained that the transfer of images from bike to receiver will be via ANT+ and that this will be enough to create live, broadcast quality footage from inside the peloton. So while the edited packages from Le Tour of 2014 provide great insight, greater coverage ought to be part of the race in the future. The technology is there, the UCI is prepared to allow it to happen, the ASO has allowed it… and now all that remains is to make sure it goes ahead.

There are plenty of things to consider should this happen once Shimano – and the range of other manufacturers that have released cameras suitable for on-bike use – perfect their products. Broadcast rights are a major factor.

With the current arrangement, the company behind the Tour is prepared to capitulate on what it had previously said it would not allow. In 2012, when I spoke with management from ASO, they were adamant that concerns surrounding the revenue stream from TV rights holders would hinder the notion of on-bike footage being part of cycling coverage. But, back then, another excuse given was that the UCI would also not allow it to happen.

Like the development of technology, things are changing with the administration of this sport. And UCI president Brian Cookson was quick to find a way to amend regulations to allow the experiment with on-bike cameras to get to the point where they are today. Before his election, he wasn’t sure on how the changes could be implemented. We discussed the possibilities last September and essentially all the points raise back then are now in effect. The next step is to get the blessing of race organisers – ASO in particular – to ensure that the broadcast revolution of cycling continues.

Surely this is what fans want to see: cycling at its finest – complete with all the imagery available… and data as well.

Small cameras exists, delayed edits are being shared, teams are engaged, riders don’t seem to mind, the administrators are willing, race organisers are allowing it to happen, broadcasters will be able to receive live pictures… and yet more is still on offer.

Two companies that have naming-rights to teams participating in the Tour have developed cameras that are being used to provide the images collected in the 2014 race. As well as Shimano and its Sport camera, there is Garmin and the VIRB which includes a vast amount data – such as speed, climb gradient and GPS tracking. 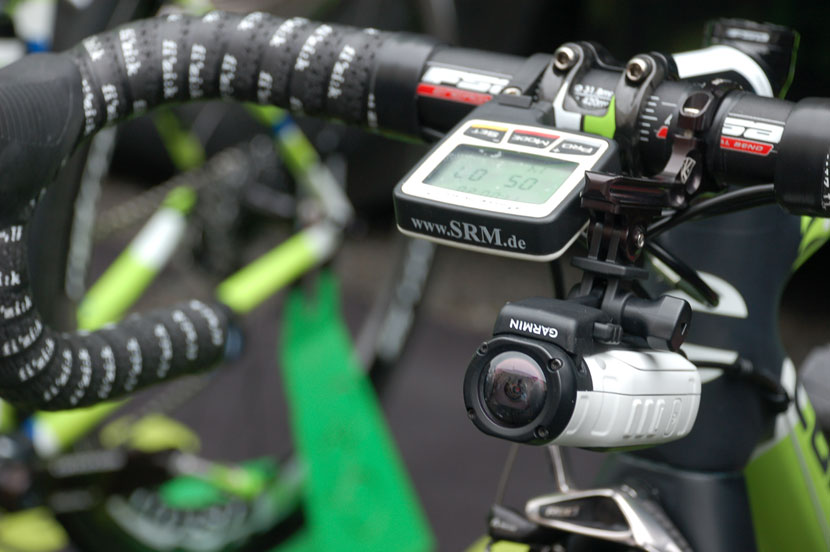 Garmin’s VIRB on board one of the Cannondale team bikes for stage one of the 2014 Tour.
Photo: Rob Arnold

Manabu Tatekawa is confident that it won’t be long before live images from on-bike cameras are part of cycling broadcasts. Before it happens though, the likes of Shimano, Garmin, Fly6, GoPro – and other innovative companies – have a few more things to consider. “Every electronic product has some encoding with an electric frequency,” said Shimano’s man on the ground at the Tour, “and each country has a different law for the approval of products. So we need to get each country’s authorisation one-by-one in order to sell the product in that country.”

If all that has been achieved in recent years – or months – has happened already, surely the matter of radio frequency needn’t be too limiting. But don’t expect that to be the end of innovation.

This is cycling. It’s a basic concept: two wheels, a frame, some cogs, a chain, and the energy of a person to push it all forward… but there’s always more that can capture the imagination of those involved.

Power data can be broadcast live online. SRM did this years ago but it was then told stop using the GPS tracking option at the Tour and display of the wattage output by the riders. Still, the technology existed five years ago. That was before Shimano even began to consider a camera. In just three years, the Sport was developed and more is yet to come. What about cameras in stems and seatposts, negating the need for special mounts? Our friend from Shimano could only respond with a smile. He then explained: “Have a look for some special camera mounts. We have already begun to distribute this to the teams that are using our camera. The prototyping has already begun.”

And so Tatekawa-san… when will we see a power meter from Shimano? “Ah,” he laughed, “we are studying it.” His cheeky nod of the head would lead one to believe that this too is just around the corner. It may come around the time that the radio frequency problem is solved, and the ANT+ transfer live broadcast camera unit is released.

It might have taken cycling a while to change the way the sport is broadcast but now that it’s begun, it’s happening fast. Anything, it seems, is possible…