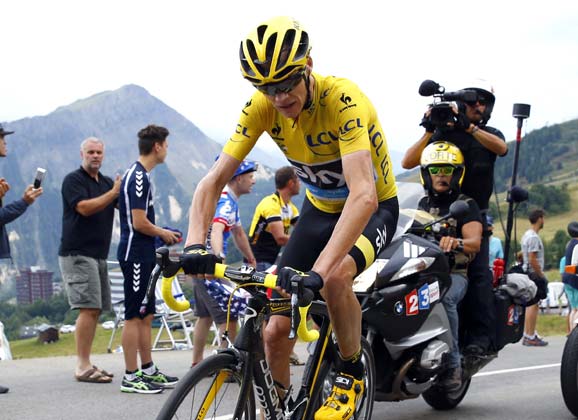 Froome’s explanation of the ‘head dip’

Riding styles vary enormously between riders and one trait that Chris Froome has is to dip his head often when riding at his limit. There’s a common misconception that this is because he’s staring at his power meter. After he finished third in stage 19, RIDE asked if he could talk about his unique style… and he explained that it’s something that allows him to “get more oxygen”. 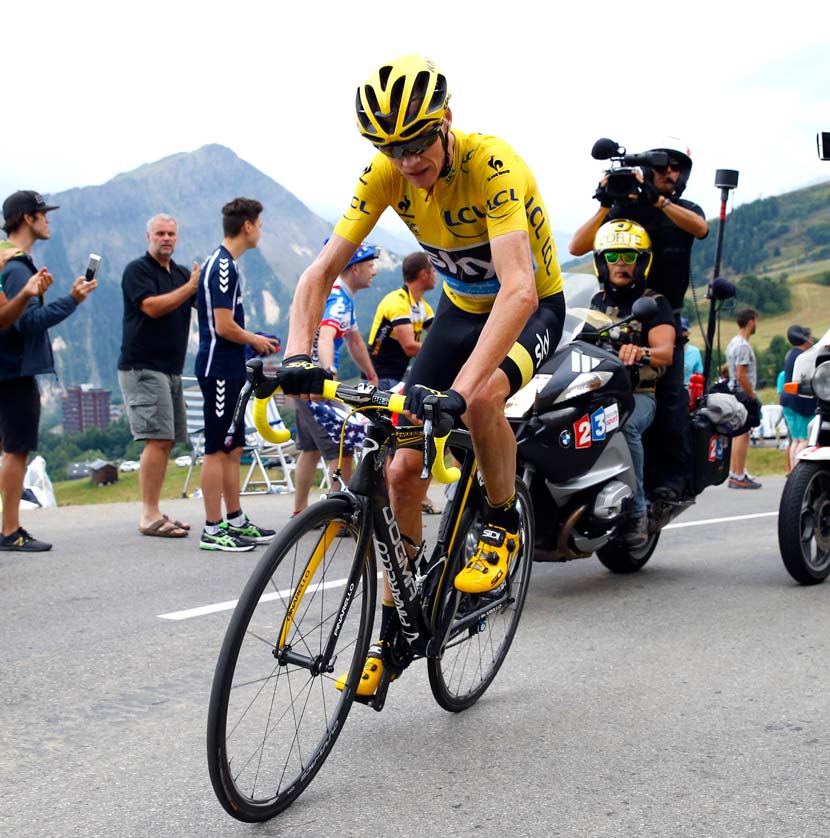 Chris Froome in action… not the prettiest style in cycling but the most effective in the Tour of 2015.
Photo: Graham Watson

A position for better breathing…

“Okay, I’m certainly not just staring at my power meter when my head goes down,” said Chris Froome about his habit of tucking his chin down closer to his chest. Although there has been plenty of commentary on social media about him racing in accordance with the numbers displayed on his Stages power meter, he insists that is not the case.

Before stage 13 of this year’s Tour, Team Sky issued Froome with a new bike – a Pinarello Dogma F8 with new yellow paint (in place of the blue on usual team-issue frames) and the graphic of a rhino near the head tube. When it was shared by RIDE on social media, Froome retweeted and stated: “Head down and charge.”

This has nothing to do with gazing at power, rather it relates to a position the Tour leader says enables him to breathe better.

“I actually find it’s easier for me to breathe in that position,” he said at the post-stage press conference at La Toussuire, and he tucked his head down towards his chest. He then raised his head to show a more traditional position and explained that it wasn’t ideal for catching a breath, especially when putting in a big effort on the bike.

“I feel as if somehow I can get more oxygen, I can really suck it up if my head is lower down.”

There’s also more to it and there’s no need for a conspiracy, it’s really just a matter of comfort. “For me, I find that quite simply, my neck gets tired going like that all the time,” again he lifted his head and stretched his neck to demonstrate.

Much has been made of his high cadence and this is certainly proving to be effective but there are other things about Froome’s riding style that aren’t typical and he’s the first to admit that he’s not got the prettiest stance in the peloton.

“I’ve got a very rounded upper back and I find that my neck gets tired if I have to keep doing [lifting it up] all day.”

There is power in his legs and the data is displayed on his cycle computer but don’t believe that every dip of the head is to check his numbers. Froome might not always look elegant on the bike but he’s the best rider in the Tour de France in 2015 and he’s got good reason to continue riding the way he does. It’s effective, more comfortable for him, and allows him to suck in more oxygen. 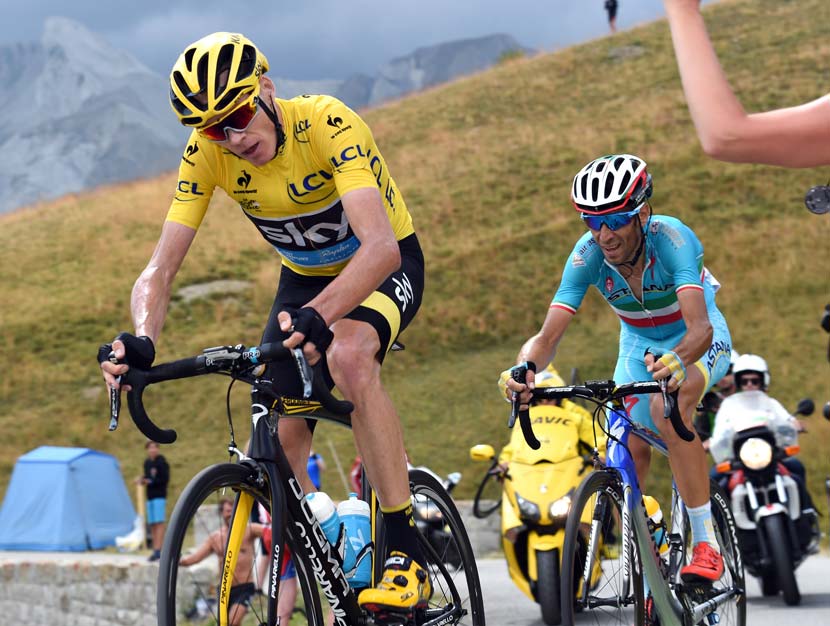 Froome admits that his position is rather unorthodox but he’s worked hard on achieving a style that allows him to breathe better.
Photo: Graham Watson