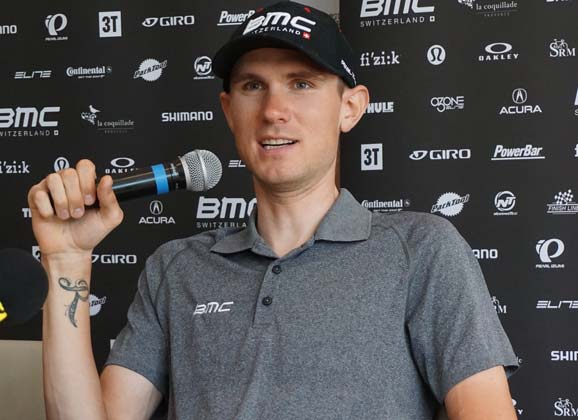 Ah yes, the rest day, the chance to catch up on ordinary chores and step off Planet Tour if only for a few hours. It’s also the time when teams organise media calls that are less chaotic than on the roadside beside a team bus before or after a stage.

The previous online post from RIDE was a preview of the team time trial in which it was stated that BMC was the favourite. It turned out that the US-registered team with a cosmopolitan cast did indeed win the 28km TTT from Vannes to Plumelec. And it also happened to be that the first media gathering I stumbled on upon arrival in Pau was BMC’s. 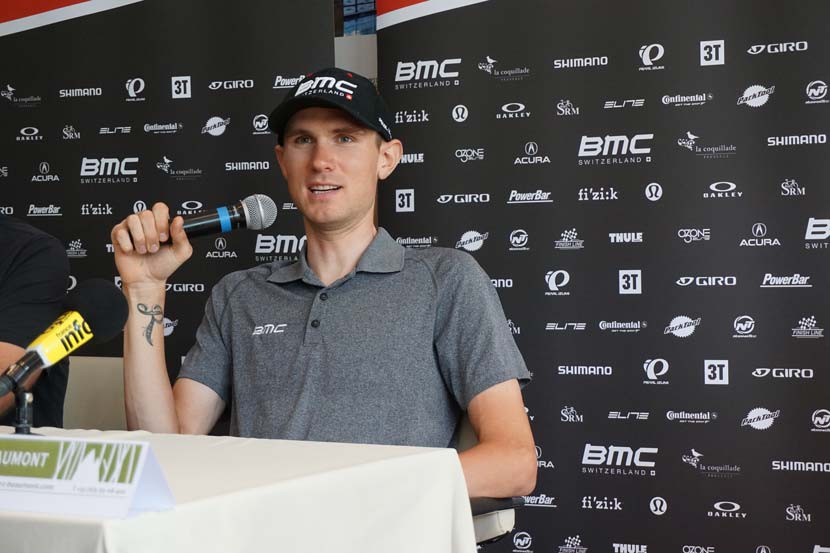 On centre stage – actually, the only rider to feature in the room of the Parc Beaumont hotel – was Tejay van Garderen, the American leader of BMC Racing. He took questions on a range of topics from an array of media and RIDE asked one about power; or, rather, power meters and if he believes they are ruining the spontaneity of racing.

It was an attack by van Garderen in 2012 that prompted Michael Rogers, then racing for Team Sky, to tell team-mates that they need not panic nor respond to the taunt. The American was racing well, albeit as a domestique for Cadel Evans, but the Australian insisted that van Garderen’s surge wouldn’t go far, and he said so because his power meter told him. To paraphrase the comments, Rogers talked about the science of cycling: it wouldn’t be possible for the attack to last, van Garderen couldn’t hold the requisite wattage to put Bradley Wiggins’ race lead under threat. It turned out to be true…

And so, in Pau I asked van Garderen if he could talk a little bit about racing with power “because we see perhaps a little bit of emotion taken away from the racing when, for example, Chris Froome, is looking down at his power meter. You seem to do so too, to an extent… how much does that play on the action and do you wish that there was racing without power meters?”

“I think that data is good to have,” he replied.

“I don’t think it’s really changed the racing all that much. People are obviously more calculated but there are so many variables that go into power that you can’t just say, ‘This is my threshold, this is what I ride at…’

“It’s said to maybe be 40 degrees this next week, so then maybe your threshold goes down and your heart-rate goes up. And if you’re basing your numbers off of that without doing all these millions of calculations – well, you’d have to be a maths genius to figure it out…

“You don’t really get as much benefit as you would think.

“It’s one of those things, like race radios – there was a big argument about radios earlier on. We don’t have radios in some races but for the WorldTour races we have them; I look at the differences between those races and they’re still raced the same way. I feel the same could said about power.

“People don’t like to see us using power but if you take the [power meters] away, the race is not going to change.”

There is data. It’s out there. Some riders love it, most coaches can’t do without it, some fans dislike it, some appreciate that it makes the effort more tangible to understand.

There is more data being published than ever before. Wattage is not yet live on our TV screens but surely, judging on the current rapid evolution of broadcasting for cycling, it won’t be long.

What about you: do you want to see the wattage or would you rather see riders finding their limit out on the road rather than by looking at the numbers in front of them? 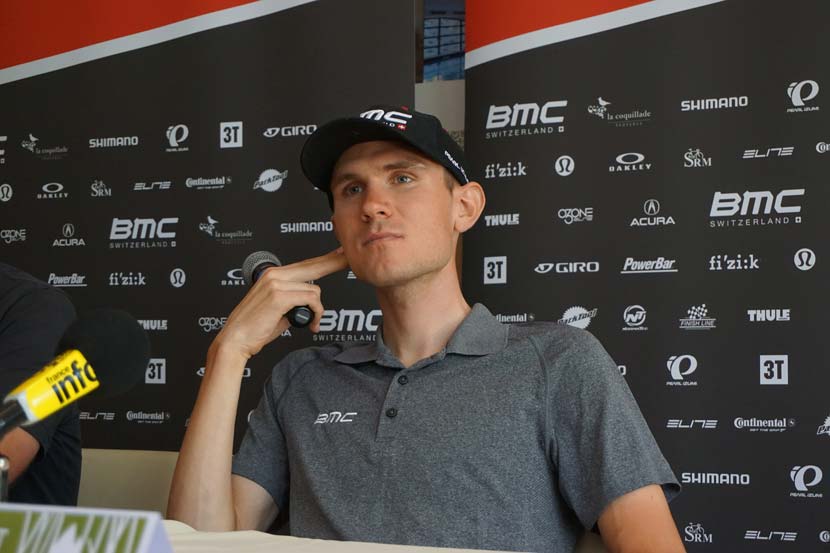 “The Tour, like I’ve said before, is not a sprint race. It’s a marathon so it’s going to be won probably on La Toussuire or Alpe d’Huez…”
Van Garderen is poised to improve on his two fifth places on GC at the Tour de France. He’s ranked second overall after nine stages – but there’s a lot of racing yet to come.
Photo: Rob Arnold