Story of my ride: Sea Cliff Bridge – part of a series on the roads of #Wollongong2022

July 2, 2022
Wollongong will soon host the UCI road world championships (18-25 September 2022). Below is a video about the roads of the region and why this part of NSW is such a great place to ride a bike.
This is the #StoryOfMyRide to Coalcliff via Sea Cliff Bridge.

– A video by Rob Arnold

Got up early on the first Saturday of April 2022 and decided to go for a ride. When I collected my bike at the office, there was an email from Ben O’Connor waiting for me. I’d written to him a few days earlier and asked: “Shall we have a chat?”

His reply was simple: “Now is a good time, if you’re around.”

It was just after 5.00am and by the time I’d read Ben’s email, I was already dressed and set to ride. But I’ve come to learn that if you get a chance to speak with this amiable, interesting, calm and talented pro cyclist, you seize it no matter what time of day it is.

You can find the interview on RIDE Media’s YouTube channel, and now you can also see what I did shortly after that discussion was recorded. The link above shows the ‘Story Of My Ride’ from 2 April 2022, when I set off from near the centre of Sydney and aimed south.

Eventually I got to the lush surrounds of the Royal National Park and, with roads free of traffic – but littered with debris because of stormy weather – I continued riding… onwards to Bald Hill, then the Sea Cliff Bridge, and eventually Coalcliff where I had a coffee, a bite to eat and then turned around.

It’s not a difficult ride but it is a beautiful one. It is always a joy to ride the road that weaves its way along the coast on the approach to Wollongong and on this particular day, it also conjured sights that we extraordinary. With a big swell, a high tide and strong winds, the elements combined to put on a glorious show. Enormous waves crashed into the rocks far below, and it created a scene that was difficult to ignore. 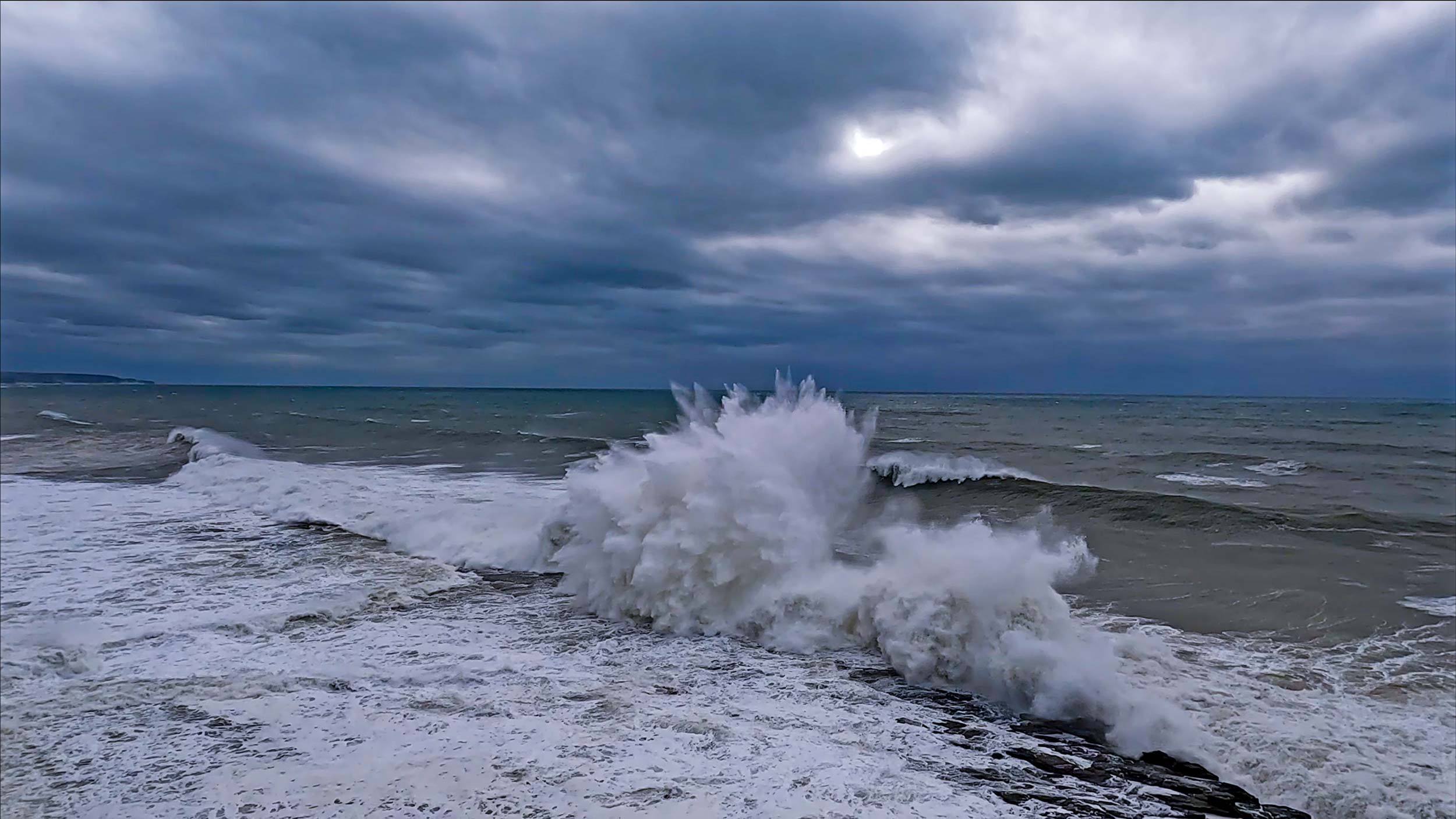 In the coming weeks, as the worlds of 2022 draw ever closer, I’ll be filming a few more rides in and around Wollongong. It’s one of 20 so-called ‘UCI Bike Cities’, and the local region is getting behind cycling in a major way.

Join the Wollongong Strava Club, find a route that suits you (or upload your own), and get on the bike to discover a great place to ride. 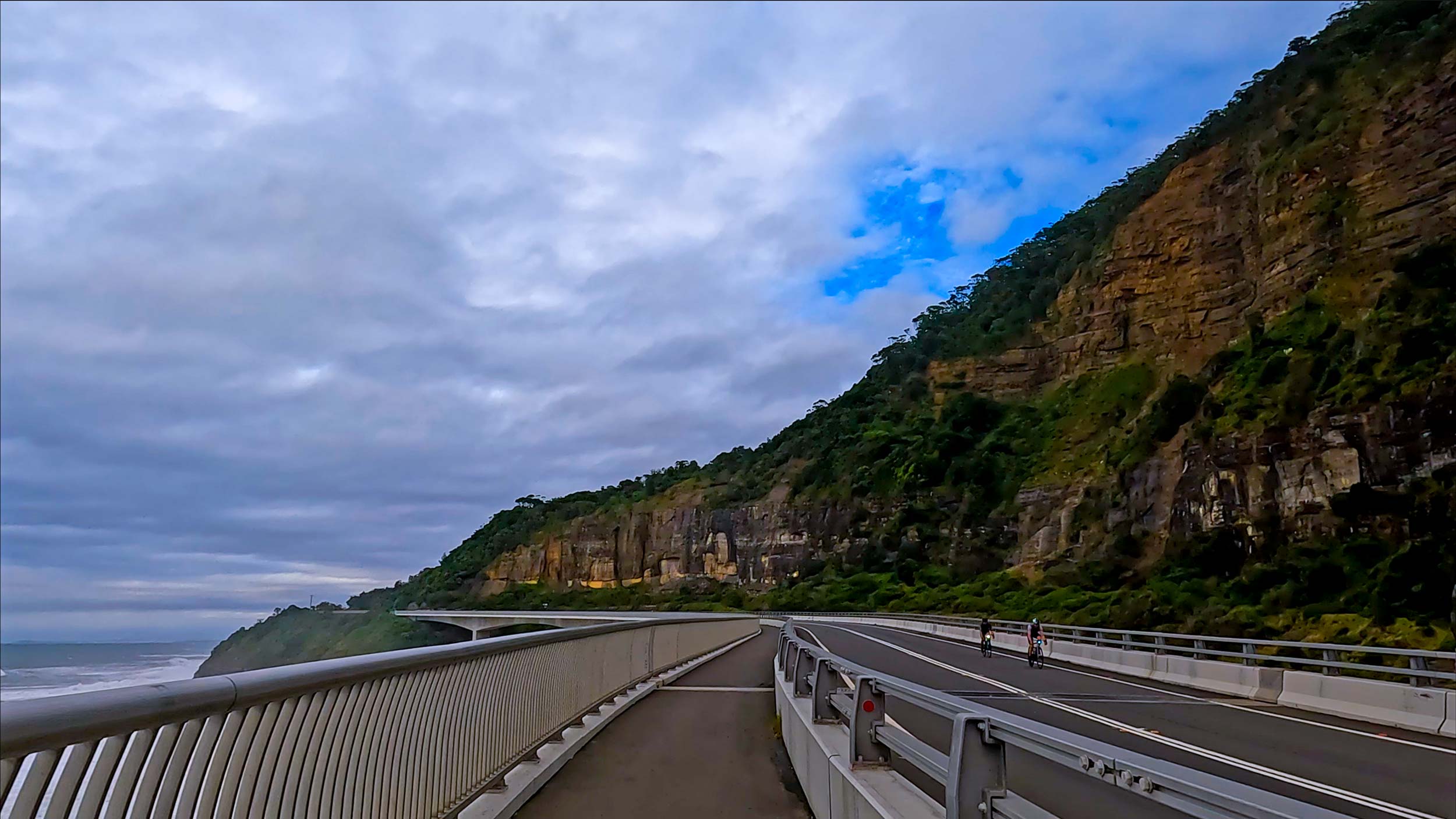 The sea is rarely as rough as what it was on the day of that ride in early April. I’ve been over this bridge quite a few times in recent months and the view is always spectacular. This ‘Story Of My Ride’ is just one of several videos featuring the Sea Cliff Bridge, a setting that is bound to get a lot more attention as Wollongong prepares to host the 2022 world championships in late-September.

This stretch of road is great to ride and if you get your timing right, it is possible to enjoy it without any interruptions from traffic. It will feature on the itinerary of the elite road races that conclude the 2022 championships, but the Sea Cliff Bridge – as great as it is to ride over – isn’t likely to have much of an impact on the result.

It comes early in the men’s and women’s road races, shortly after kilometre zero, and it will set the scene for what’s to follow on the climbs in and around Wollongong. 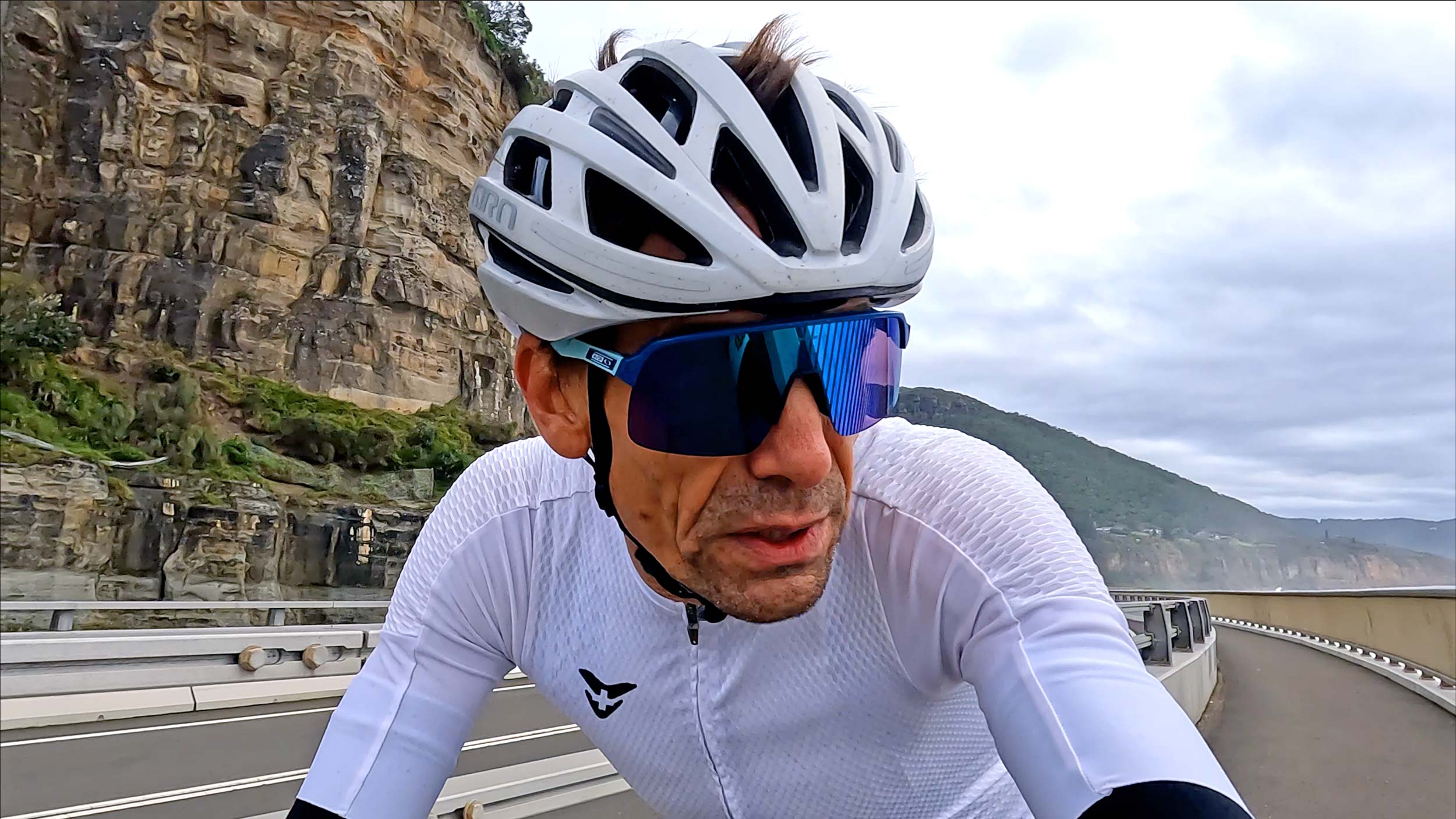