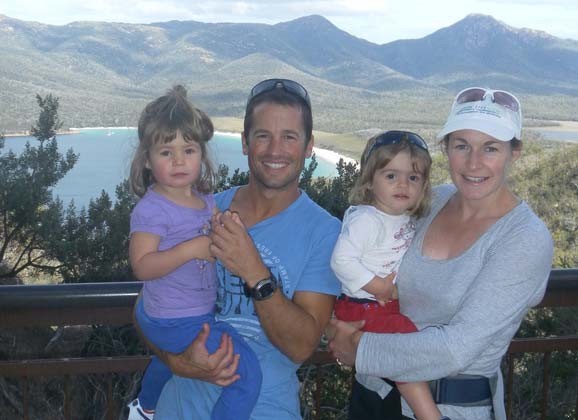 It was a crash, a horrific one that claimed the life of Amy Gillett. A car on the wrong side of the road did the damage. A group of women was decimated. This July it will be 10 years since that accident, that moment when Stef Magner’s momentary lapse took a big toll. Most Australians have heard the story but, as we approach the 10th anniversary, RIDE will be publishing a series of interviews with those who were involved in this incident. It’s part of a feature for the next issue and, for the online audience, we’ll be publishing the transcript (and SoundCloud) files of the discussions about that moment when one life was lost and many lives were changed.

In part one, we catch up with the spritely Louise Padgett (nee Yaxley) to find out a bit about what she’s doing now and how cycling influences her life a decade after the crash that stopped her racing career. 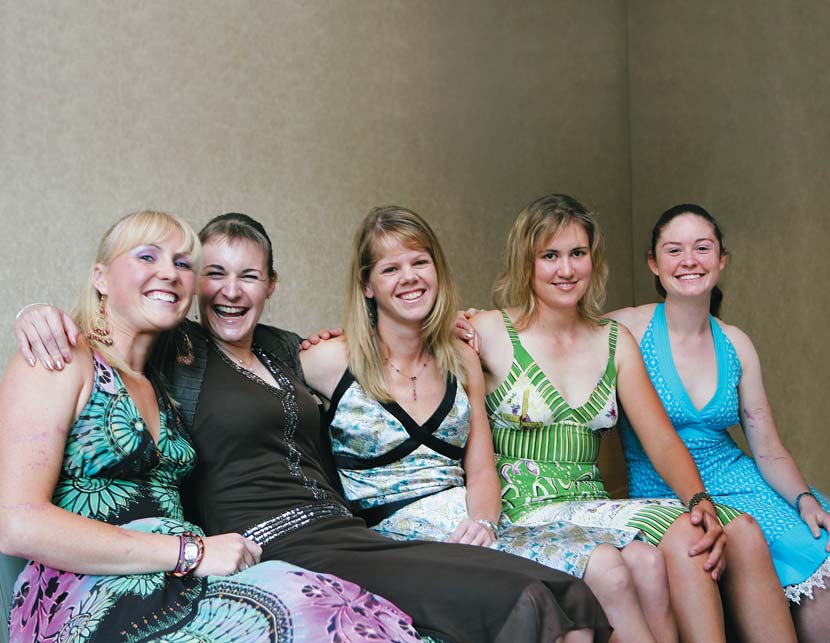 RIDE: I’m having a chat on the telephone a couple of weeks out from the 10th anniversary of the accident that claimed Amy Gillett’s life. I’m talking with Louise Yaxley – or, as we now call her, Louise Padgett. She’s down in Launceston, Tasmania, with two young [daughters], a three-year-old and a five-year-old. As we approach the 10th anniversary of the tragic accident I thought I’d find out what’s going on in Louise’s life.

It allows me to introduce you to the phone conversation and I wonder if you could tell us what you’re up to Louise?

Louise Padgett: “Currently I have the two kids home from school and am just about to get tea organised.”

Do you think about things in a metric sense – does the 10th anniversary mean something to you?

“I guess it’s something that you’re never going to forget so the 10th anniversary doesn’t really mean much to me. But I guess it’s a chance to look at how far the Amy Gillett Foundation has come and all that it has achieved as a positive that has come from the loss of Amy.”

Can you summarise what your injuries were? I know a lot of people are familiar with your story, but just as a reminder…

“I was on the front [of the training group] with Alex [Rhodes] and, obviously, Amy was about 10 metres in front doing an effort – so she took the brunt of the force and was thrown backwards… then Alex and I and the rest were hit.

“I was literally thrown in the air and slid on the broken windscreen glass along the road.

“I suffered bleeding in the back of my brain and [had] a blood clot in the front.

“I punctured both lungs.

“A stick went through my abdomen.

“And, as I was landing, my right elbow was broken and [my right forearm] was almost torn off.

“And I shattered my left wrist along the way.”

So it’s quite remarkable that we’re talking to you 10 years on, isn’t it?

“Absolutely. Many times it’s been said that it’s purely down to the excellent emergency operations of the German [paramedics] that I’m alive today and the fact that we had Warren McDonald driving behind us. He obviously pulled over immediately and called emergency services and within 10 minutes there was a helicopter there, and they were able to assist all of us and provide us with blood transfusions at the site. It’s thanks to that that I’m alive.” 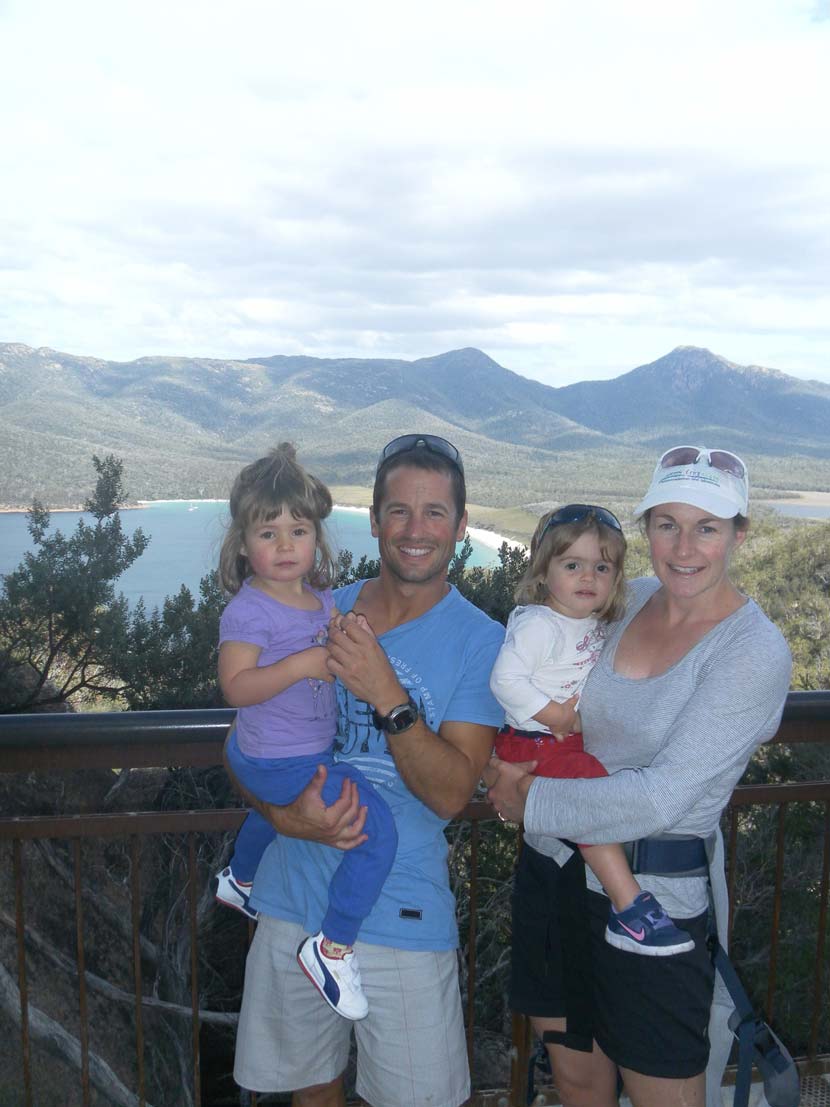 You said in the preamble before we started this interview that you still can ride the bike. Do you enjoy cycling still? Do you get fear when you consider going for a pedal?

“Uhm, I wouldn’t say I get fear. Every now and then I might get a minor flashback but the joy of riding well and truly outweighs those moments and I’m still very thankful that I can get out for a small ride every now and then. But my arm strength is so reduced that an hour probably pulls me up but I return with a big, happy smile on my face and I really enjoy that time.”

And you’re in the heartland of Macey Stewart Country, have you been following her successes?

“Oh absolutely, and it’s great to see that there’s Amy Cure, Georgia Baker, Lauren Perry and Macey Stewart – all from the same area – all going on to achieve great successes.

“I’ve had a few chats with the girls and I’m very proud that they’re continuing to hold the Tasmanian torch.”

It is a breeding ground of talent down there, isn’t it? Do you remain closely involved with the cycling community?

“At the moment I’m busy with a young family but I’m sure that, as they get a bit more active – and they’re already both able to ride bikes confidently – we’ll be re-entering the cycling base. I’m still keeping in touch by contributing to the local newspaper and providing cycling stories for them. It’s nice to have that sort of contact but just front a distance… to still remain in touch with the goings on in Tasmania.”

And you’re following the international scene…? Or rather just watching what’s going on with the local girls?

“I’m still in touch with all that’s going on and am still and avid, interested cyclist still following the results of everybody.”

We’re talking for a reason and that is because of the accident. I wonder if you can tell me if you’re more-or-less back to normal apart from the arm strength that you referenced? You’ve had two children since, so obviously your body is functioning and you seem chirpy enough… but I know, for example, Katie Brown [now Katie Potocki] continues to have ramifications – some post traumatic stress disorder. And you, how do you summarise your state?

“Obviously I will never be back to being the same person. Suffering a lot of head injuries has created a few ongoing issues and obviously my arm strength and issues will be a problem down the track…

“Even just the fact that we were able to have children with the stick going through my abdomen was a bit of an unknown. So we’re very thankful that I was still able to conceive and carry the children.

“It’s just an ongoing process and it’s something that you don’t really dwell on but you just sort of take it in your stride from day to day – that I can’t do things the way I used to, so I just have to modify and adapt and move on and just be thankful that I am still able to do… that I am still here.

“I remember, I was in a coma for eight days and my dad actually created my motto during that time. Whenever my heart rate got up or I’d get agitated, he’d say, ‘Don’t worry Lou, you’re the lucky one – you’re still here.’

“And, as you know, in a coma you can still take on information and that was one of the first things that I said when I woke: ‘Don’t worry Dad, I’m still here. I’m the lucky one.’ And I think if you have that mentality then it doesn’t seem to hold you back having pain every day and having issues that you need to take on board.”

I think it’s a pivotal reminder for the everyday man that you can have setbacks in life – and some of them are hugely dramatic – and yet you can still come back from them. So thanks very much for having a chat. It’s a pleasure to hear you so spritely.

“No complaints from this end.”

And may you have many more rides yet to come with Olivia and Emily.