Launched in September but rarely seen on bikes in Australia, the new Dura-Ace from Shimano is now in the country. Join Greg Chalberg from Wheelhaus as he builds a Factor O2 bike with the ±AUD$6K groupset…

When Dura-Ace with Di2 was launched at the end of 2008, there was much fanfare. The groupset featuring electronic shifting and considerable refinement of all components was part of Shimano’s ongoing commitment to innovation in the quest to make bikes better. Journalists were flown to Japan and given a preview of what was soon to hit the market. There were tours of the factory in Osaka, as well as long and detailed PowerPoint presentations and, over a five-day visit, numerous wonderful sightseeing trips in various locations around the country. It culminated in a racing experience – on Shimano-branded bikes – on the Suzuka circuit in monsoon conditions.

In 2021, Shimano celebrates its 100th anniversary. It has also done a major upgrade of the top-of-the-line groupset, Dura-Ace. 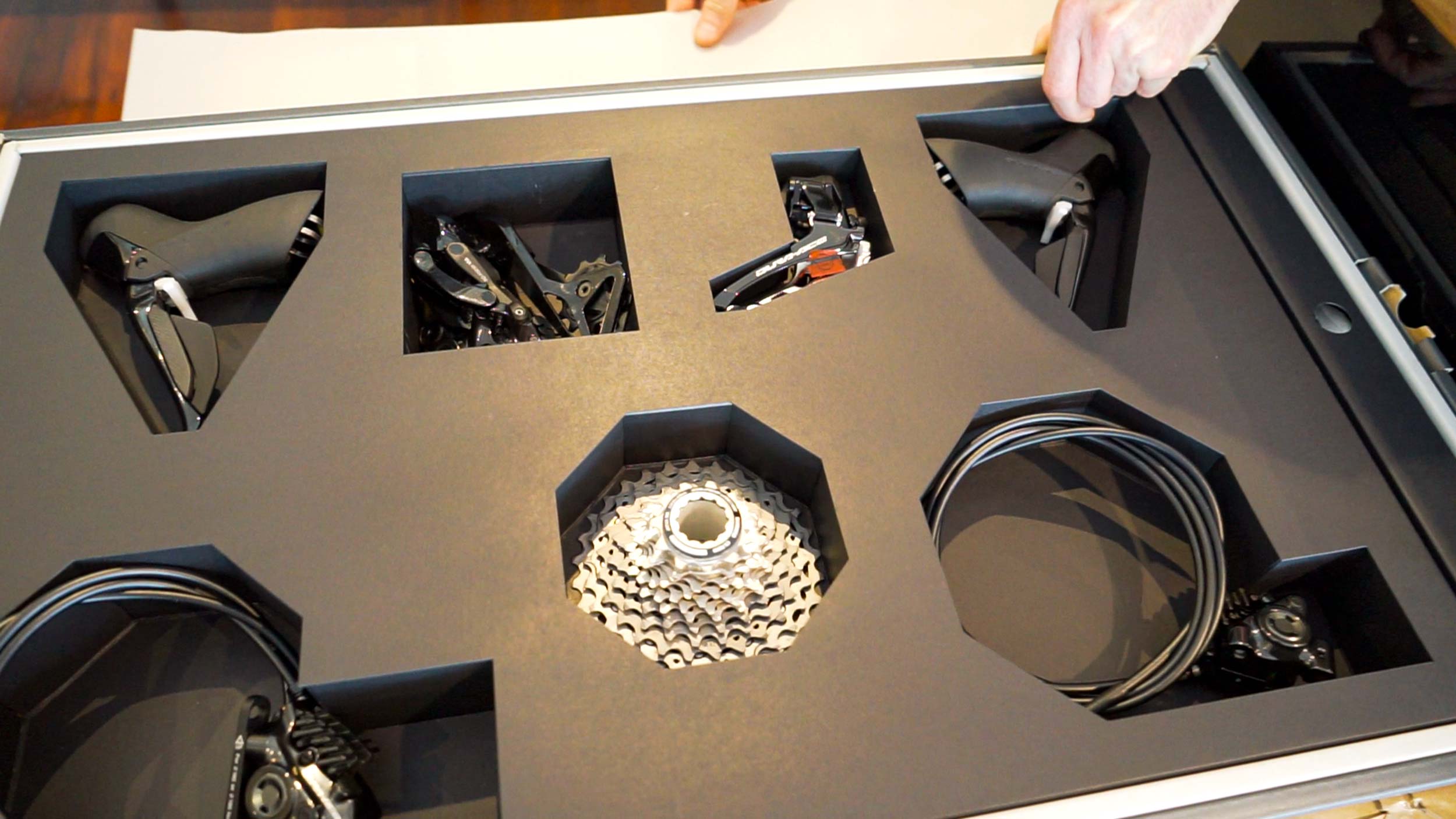 There are limited-edition glossy hard-cover books with embossed logos in collectable boxes showcasing Shimano’s long history in cycling and fishing. There is a special website with enormous images and incredible detail about products launched in this 100th year of the hugely successful business.

You can find out a great deal about the new Dura-Ace groupset online. You can read about it and understand the improvements, and you can marvel at the tech that’s on display. But what you may find a little more difficult to do is buy this anniversary-edition ensemble in Australia.

Yep, the pandemic has forced a more subdued release of what’s surely an exciting product.

And no, RIDE Media didn’t go back to Japan… or get a groupset to review… or even get an email about the latest Dura-Ace on the launch date. Shimano in 2021 is significantly different to how it was with media relations back in 2008. The groupsets continue to set the standard but the communication from the company is poor, and even when Shimano does explain something – like when the new groupsets will be available – you take that information with a grain of salt. 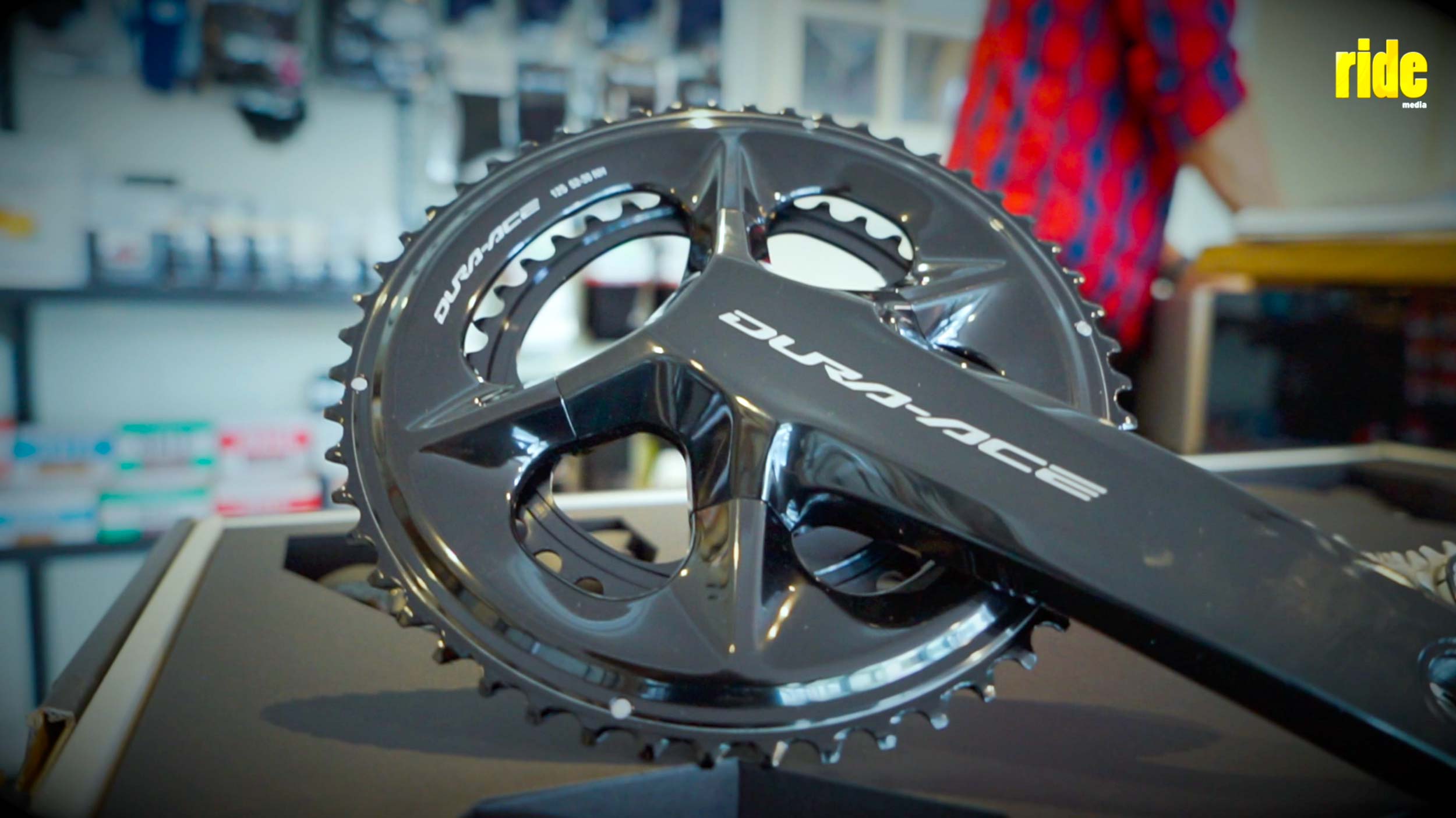 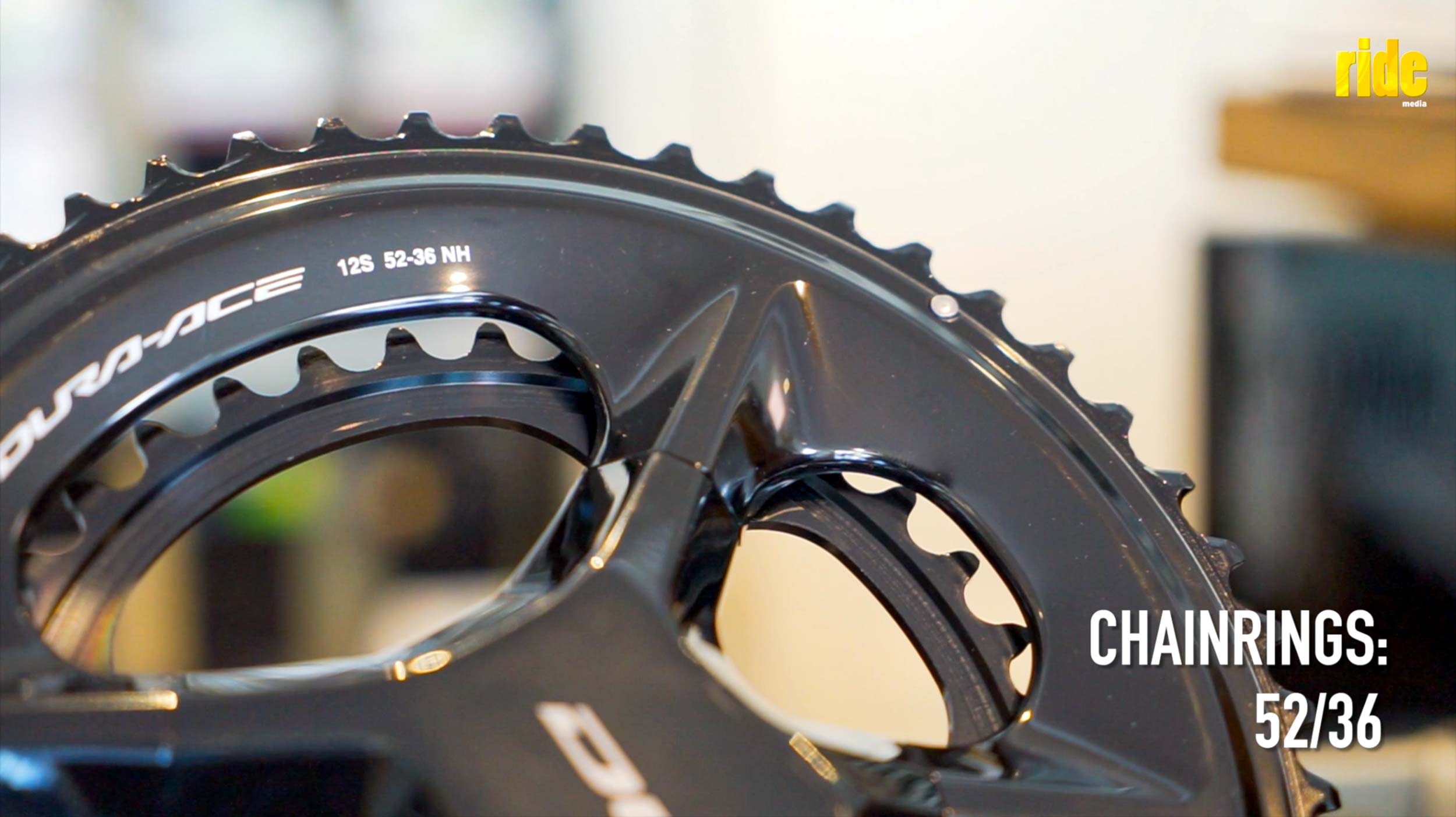 The launch came and went and it took months before anyone in Australia saw the groupset. “Early October,” they’d say initially when asked by bike shops when stock was expected to arrive. That soon turned to, “early November” which soon became “mid-November”. And now, here we are in December and the trickle of supply has finally begun.

Don’t expect this to turn into a flood of new product on the market. And, even if there was, it would be interesting to see how many riders are willing to spend AUD$6,000 on a groupset… while not being certain if they’ll be able to source a frame to build it to.

When supply chain issues start to ease and factories and freight – and all other elements of the complex manufacturer / distribution mechanisms – return to ‘normal’, there are likely to be plenty of bikes adorned with black bits of Japanese technology. For now, Dura-Ace remains rare in Australia. 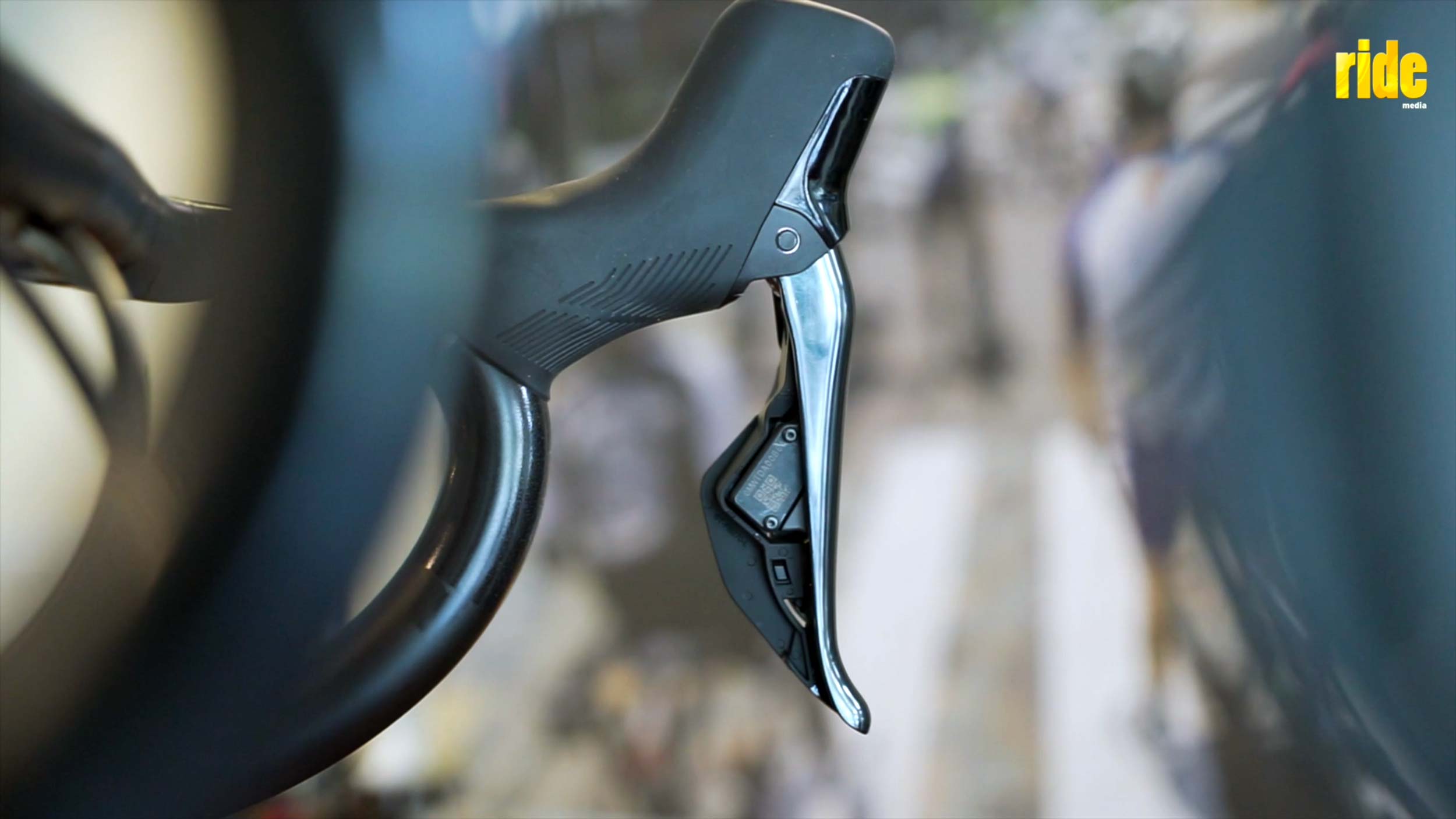 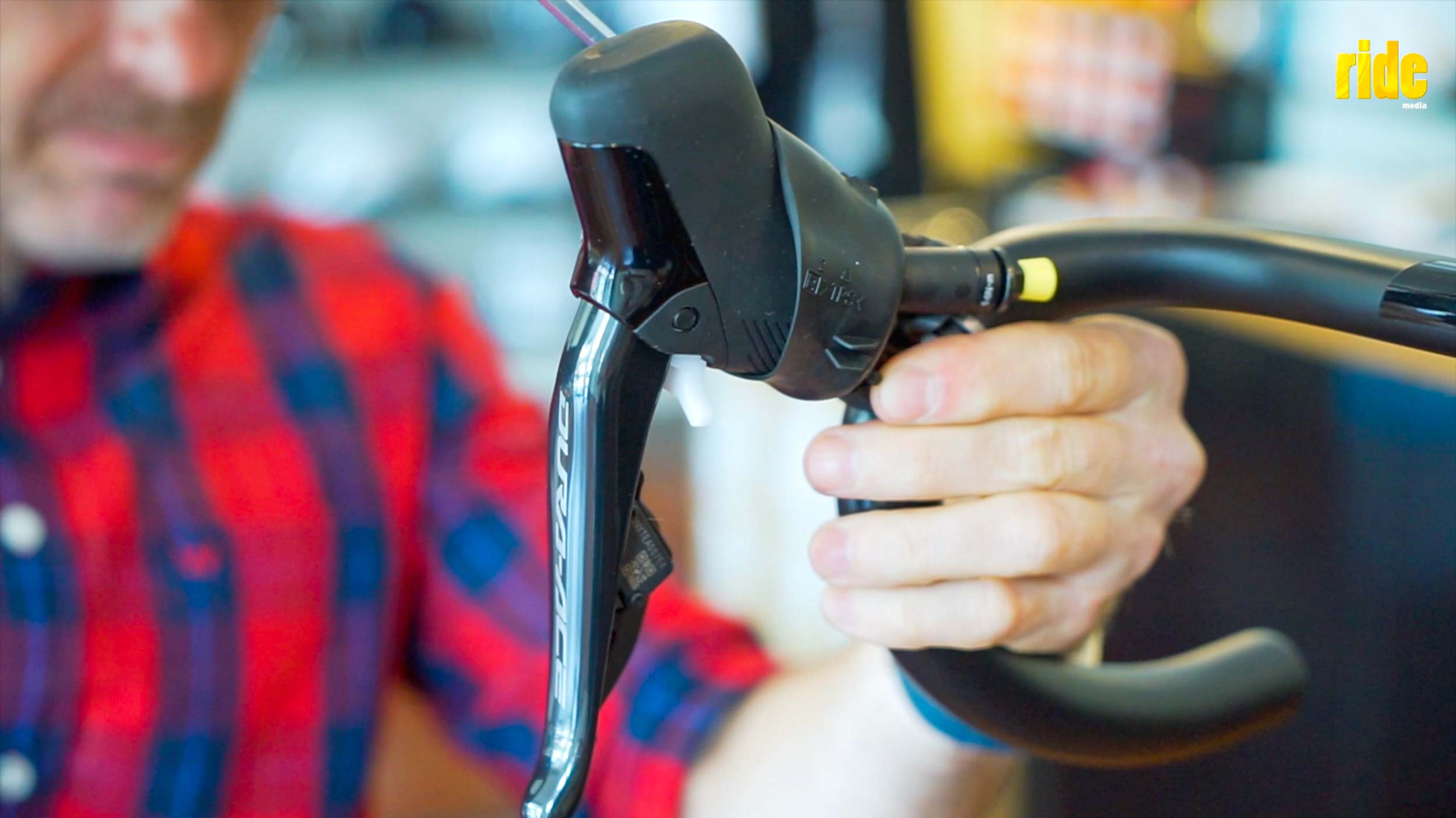 Greg Chalberg of Wheelhaus bike shop used to work for Shimano. He knows the products and the company culture, and he remains close with his former colleagues. He is one mechanic in Australia who got to see the new Dura-Ace groupset earlier than most. He built six display bikes soon after the launch and then waited for the stock he ordered to land.

October turned to December and some beautiful large presentation boxes started to arrive. Inside one was a groupset including: STI levers (x2), disc brake callipers and hoses (x2), front and rear derailleurs, and a 12-speed 11-30t cassette. In another box was a set of cranks. And then, in another bundle of bits, there were the sundry accessories: battery, charge cables… etc.

Greg also happened to be able to find a frame to build all this Dura-Ace exotica onto. Not only was Factor able to provide him with an O2 for one of Wheelhaus’ clients, it was able to paint one up in the shop’s colours.

With all the stars aligned, Greg called and said, “Let’s go…!”

We’d agreed to document a build of the new Shimano Dura-Ace shortly after the rather subdued launch in September. And then we waited. It’s done now and the video has been filmed and edited. Click play on the link above and you can see a Factor bike come together with surprising ease in the Wheelhaus workshop. 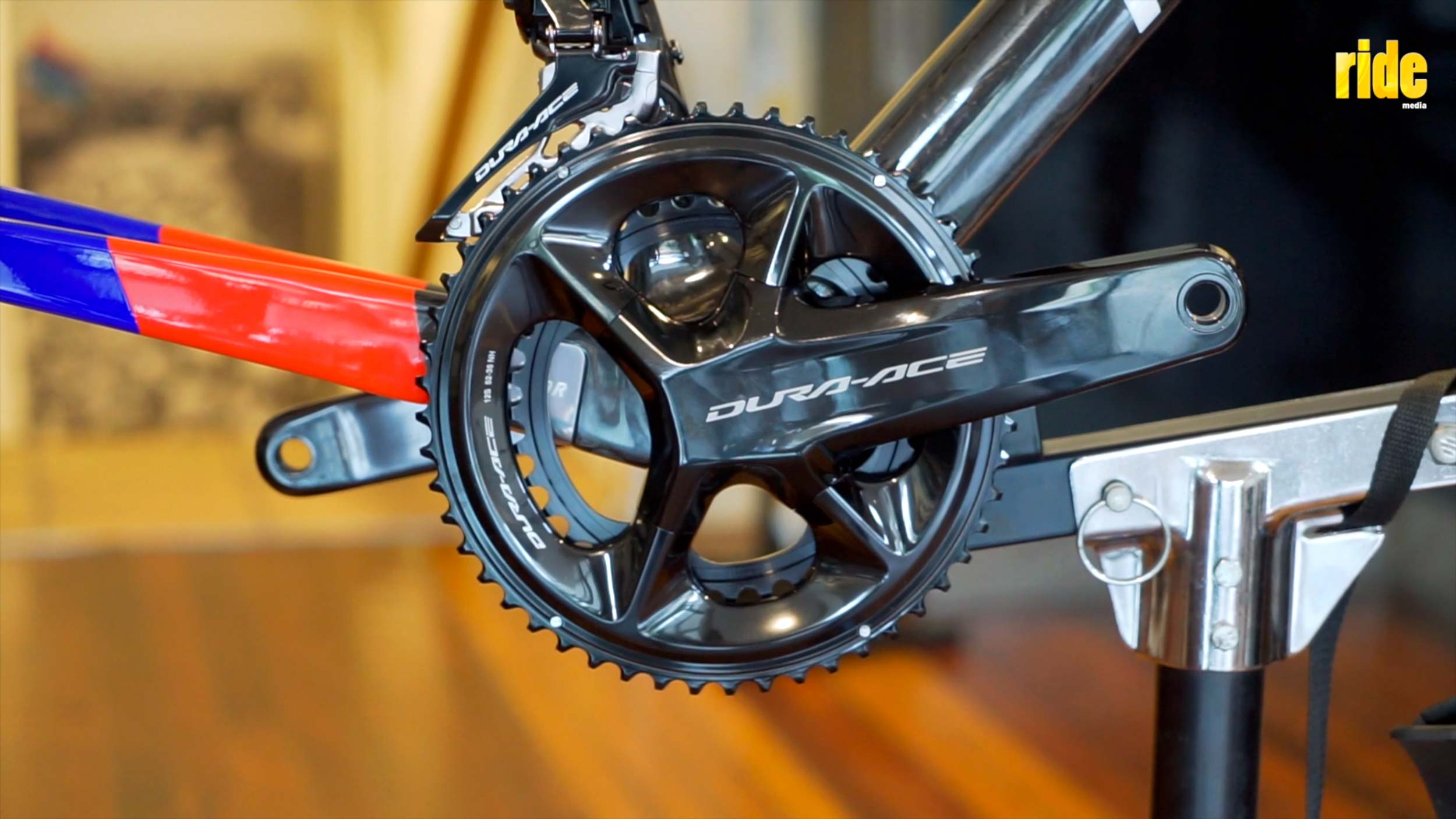 In the coming weeks, we might find out a little more… but there’s little chance of a review. The groupsets may have started to arrive but those that are in the country have been pre-sold for months.

I did see a rider on the weekend who had R9200 on a new Giant bike he got only a few days earlier, so some customers are getting the new groupset, but the build at Wheelhaus was my first sighting of it.

It certainly looks great on the bike; Greg did some great work and it was a well-paced filming session last Friday. I hope you enjoy watching a mechanic do his thing in the workshop while getting a glimpse of a lovely, rare groupset. 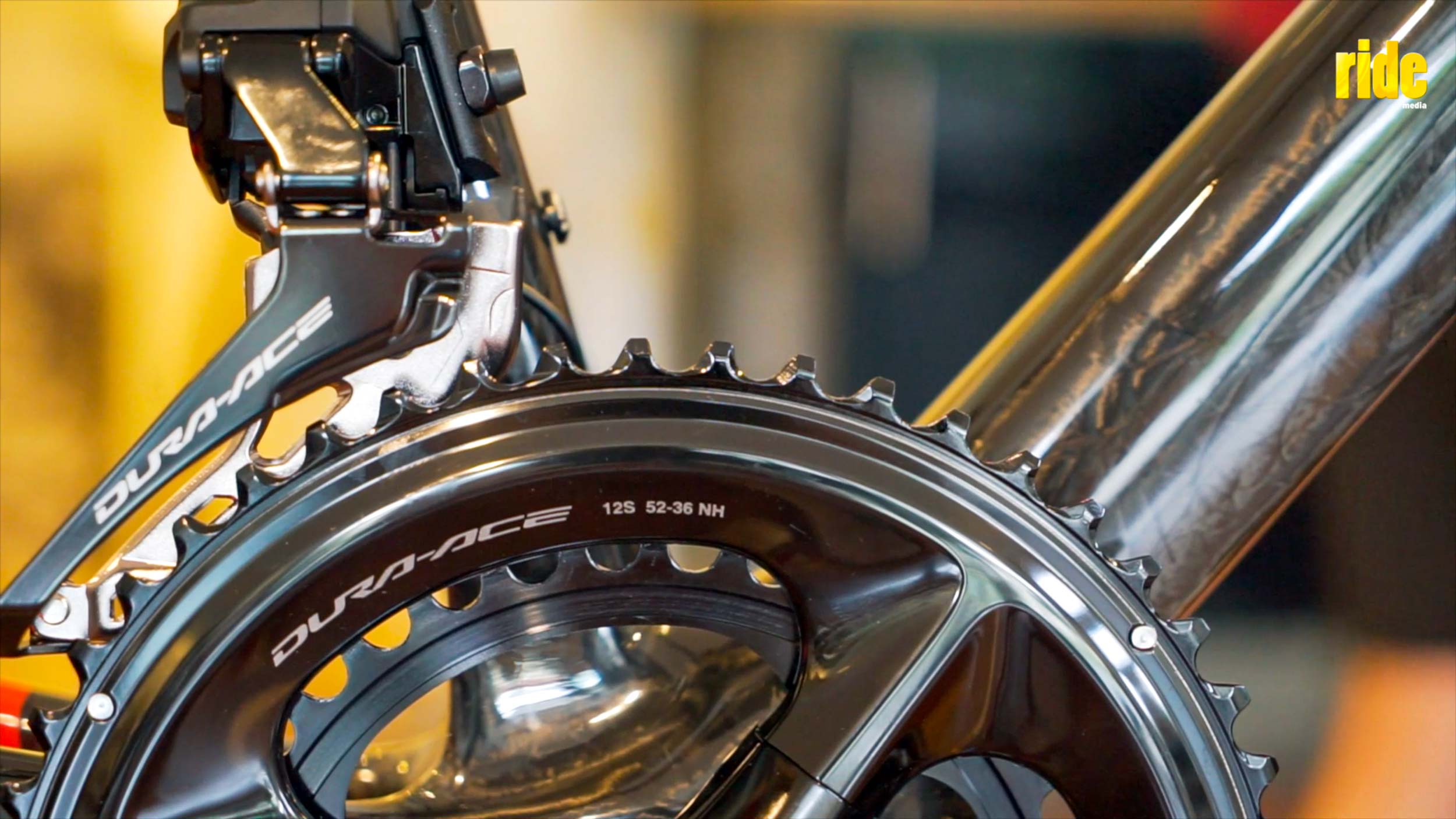 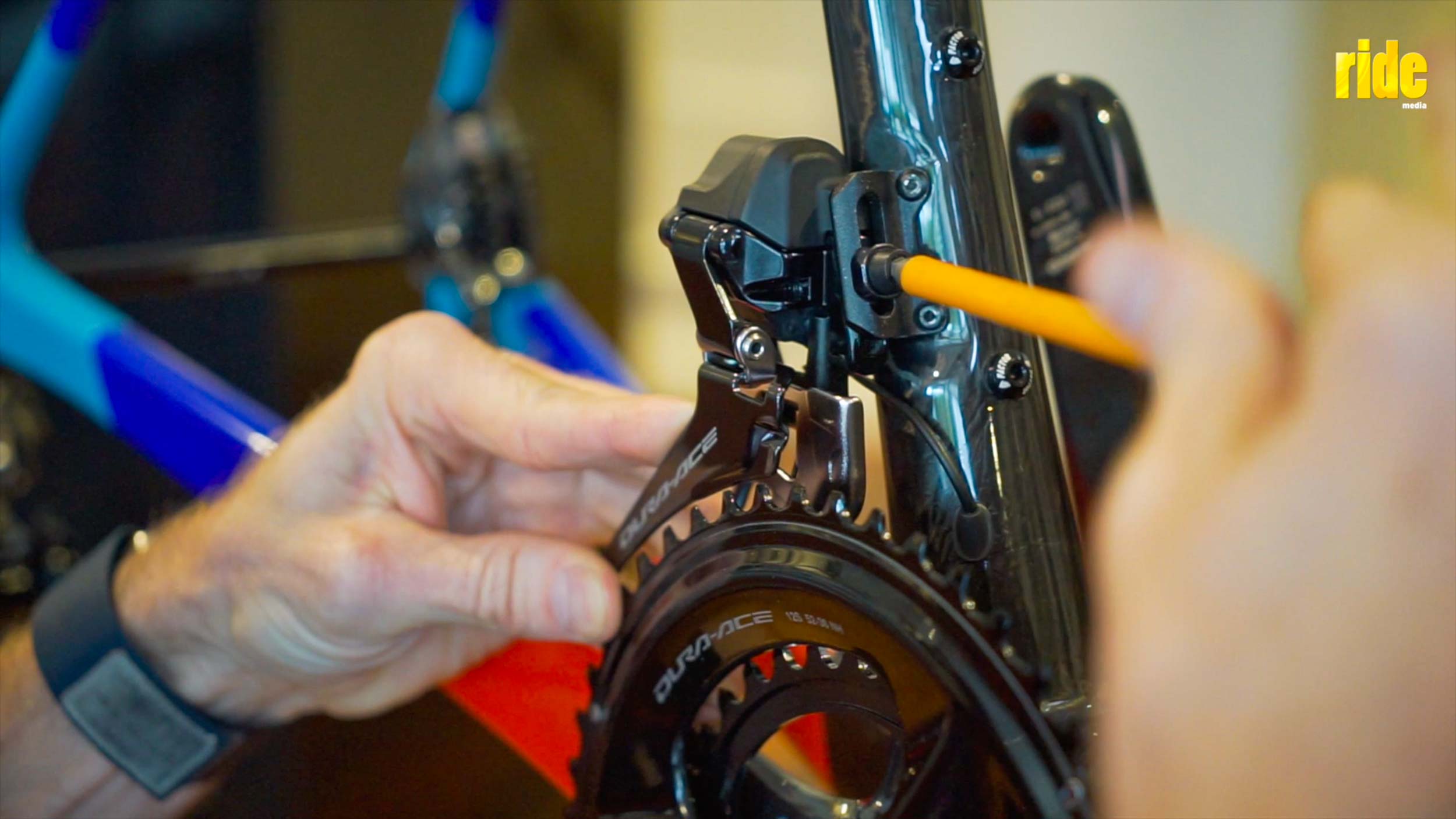