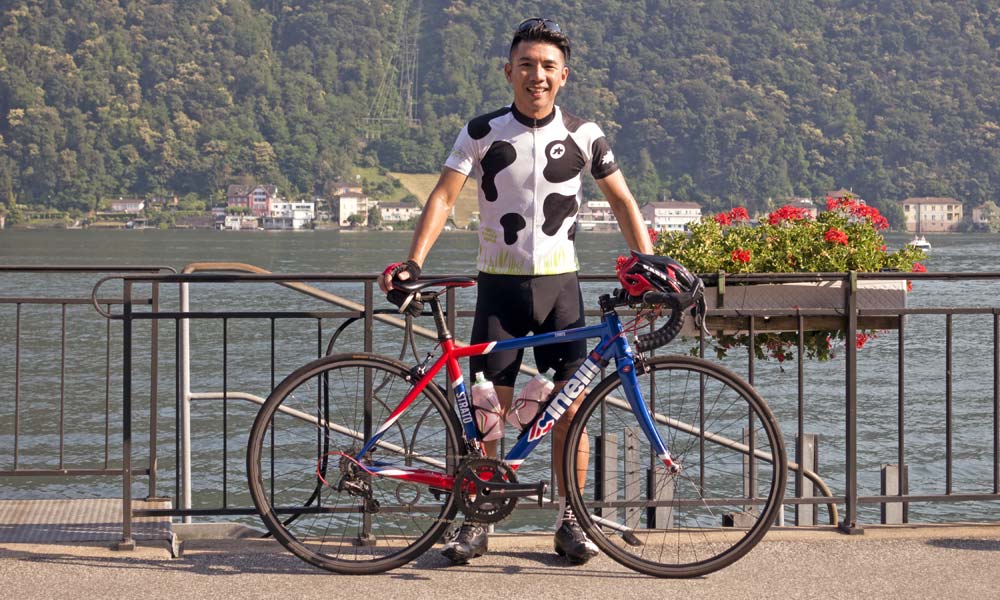 “This is my Cinelli Strato Wired. I got this bike in Taiwan.

“A friend of mine is the carrier for Wilier and Cinelli and he knew that I had been riding steel bikes and such. I knew the background of Cinelli – Columbus tubing and everything. When I got to his shop, the first thing he showed me was this. ‘Take this Strato frame…’ and he handed it over to me. When you have something as poisonous as that given to you, it’s difficult to get your mind off it.

“I spent about a week in Taiwan for that trip and in the end I came home to Singapore with a bike.

“It’s sort of unique because it doesn’t look like a carbon bike.

“A lot of guys come to me and see the Columbus brand on it so assume it’s either aluminium or steel or something like that. And so when I tell them it’s 100 percent carbon, they get a little surprise.”

“The Super Record just came a few months ago. I was riding Chorus before. I had a good offer so I switched to Super Record.

“The big change was the crank system. I was riding the previous crank system and this is the new one with the new rear derailleur too so it’s supposed to be new and faster and better. To be honest though, I can’t really tell a whole lot of difference between this and the previous Campagnolo I had on the bike!

“The red cables are to match the rest of the bike. It’s a unique colour because somewhere in the 1980s or 1990s there was Tom Ritchey with his famous mountain bike with the red, white and blue.

“Somehow, this colour scheme caught on and now some of my friends call me ‘Captain America’. The nickname just stuck so I thought, ‘why not?’ and embraced it.

“A friend gave me these Open Pro wheels with White Industry T11 hubs. They were built for somebody around 90kg and so when passed to me the wheels almost felt like a tank! But, when I switched to these, the ‘buttery’ description people use makes sense.”

“The bike is only as good as the rider. This is a Strato and it is claimed to be very much a crit bike so it wants to be pushed and punished to go fast. If your legs are not there, you feel like someone put a brick on you – you’re not going anywhere. If you have good legs, nice mileage in there, you feel the bike go.”

“The wheels are great, but I guess I’d change them if someone presented me with something that made sense. Maybe something that’s a little deeper, carbon and possibly a bit faster. I do catch a bit of wind with this low profile and I can’t image riding a 40 or 60mm deep wheel. Oh man, you’d have a hard time fighting the wind. That’d be tough!” 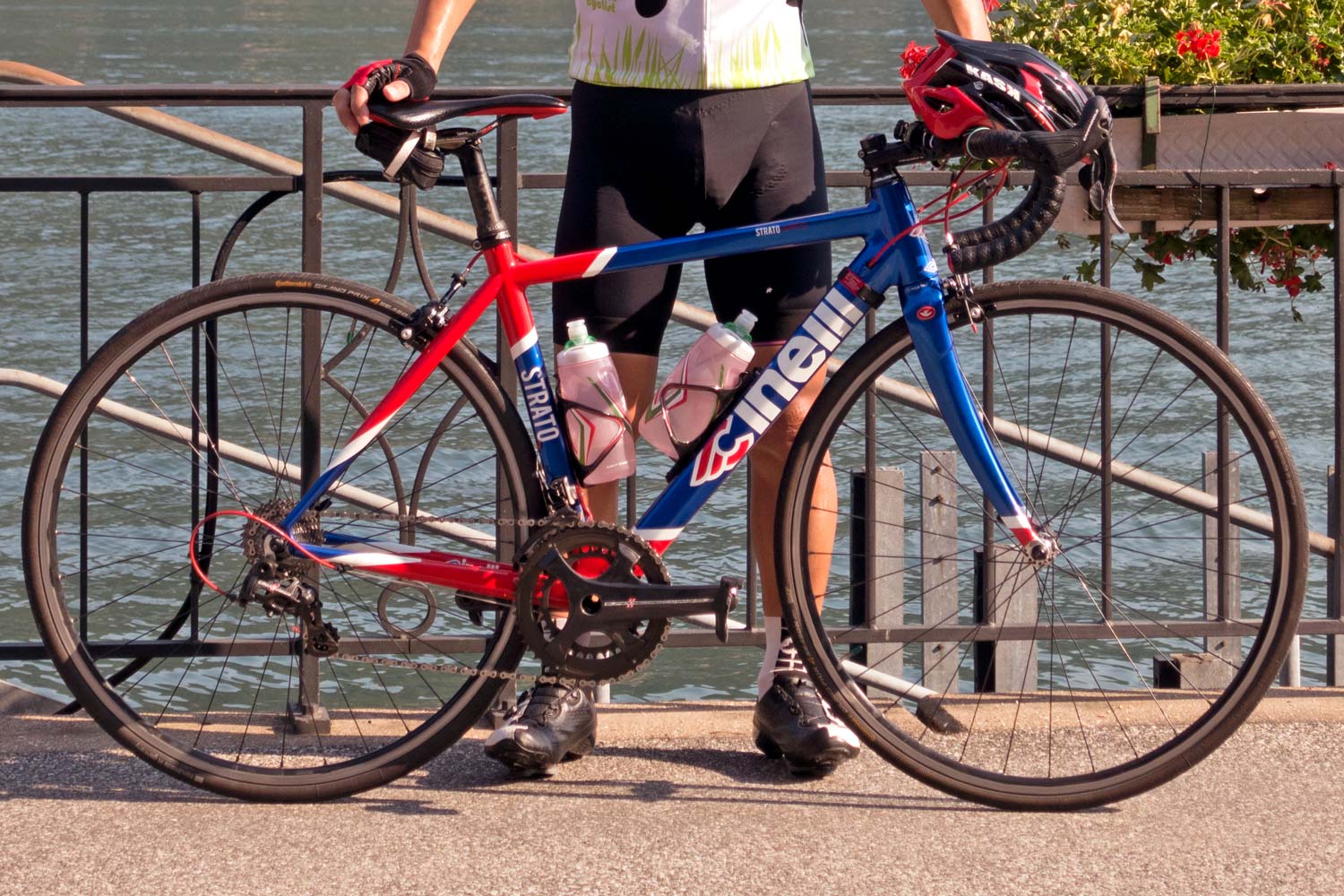