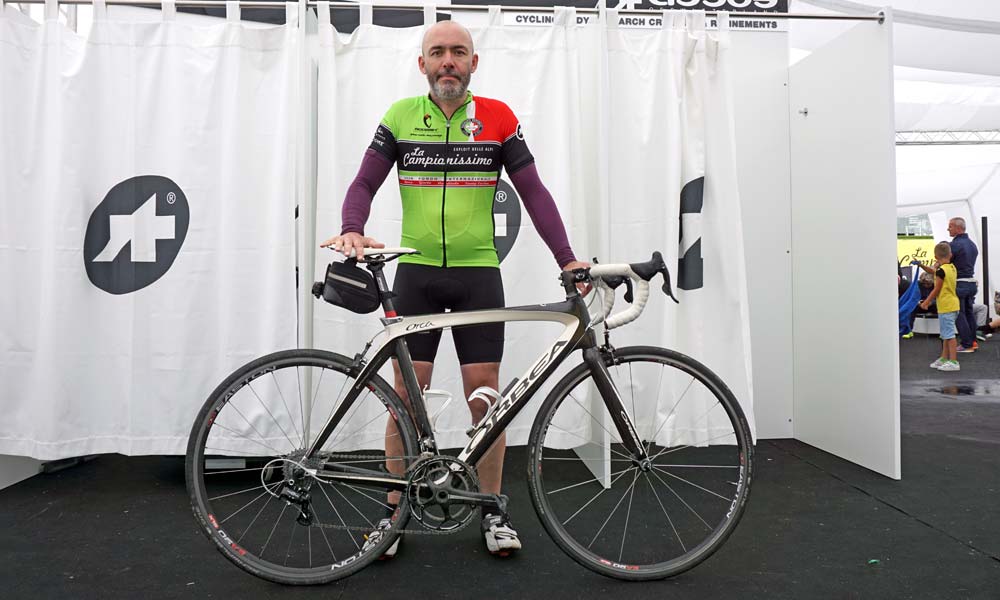 “I think I bought my Orbea Orca in about 2007, but it was a while ago and I can’t remember exactly when! I saw one of Orbea’s time trial bikes around the time of buying this and thought that if I saw an Orbea come around I’m going to get it. Around about then, I was forced to stop playing rugby through injury which is kind of my passion. Because I was so disappointed, I wanted to treat myself to something really nice.

“This came up and I bought the frame and then the components to go on it. They’re all bargain bin bits but all together they’ve gone okay I think.”

“It’s Campagnolo but a real mix. There are Veloce brakes, Centaur shifters, Chorus cranks, and a Centaur rear derailleur. And, believe it or not, it works. It’s really nice to bring it over to Italy too, I reckon it works better over here. Seriously, it’s pretty good.

“The wheels have been fantastic, I’ve had the Eastons for the same period that I’ve had the frame – since 2006 or 2007 – and all I’ve had to do is stick a new pair of bearings in the front wheel. I’m doing about 1,000 miles or so a year on them so maybe I need to brake a bit harder or something because I’m amazed that the rims are still going.

“I have looked at Shimano and SRAM but at the end of the day, it’s not about the speed of the rider, it’s about enjoying it and the aesthetic of the bike is quite important to me as well.

“I think Campag makes more beautiful stuff, you know? Also, I just can’t get with the four-arm cranks that Shimano does. I think they’re ugly as hell. I saw that Campagnolo has started doing 4-arm cranks; what are they thinking? I notice they still do a five-arm Athena crankset so if I ever upgrade I’ll have to get the old looking stuff.”

“I think the bottom bracket area and the crankset is dead solid. Especially in comparison with my winter bike, which is just a basic alloy frame and the old standard square taper cranks.

“I’d like to ride a more modern bike to see how they’ve improved even further.

“Also, there’s quite a nice feel through the back end, it feels dead solid when you’re climbing.” 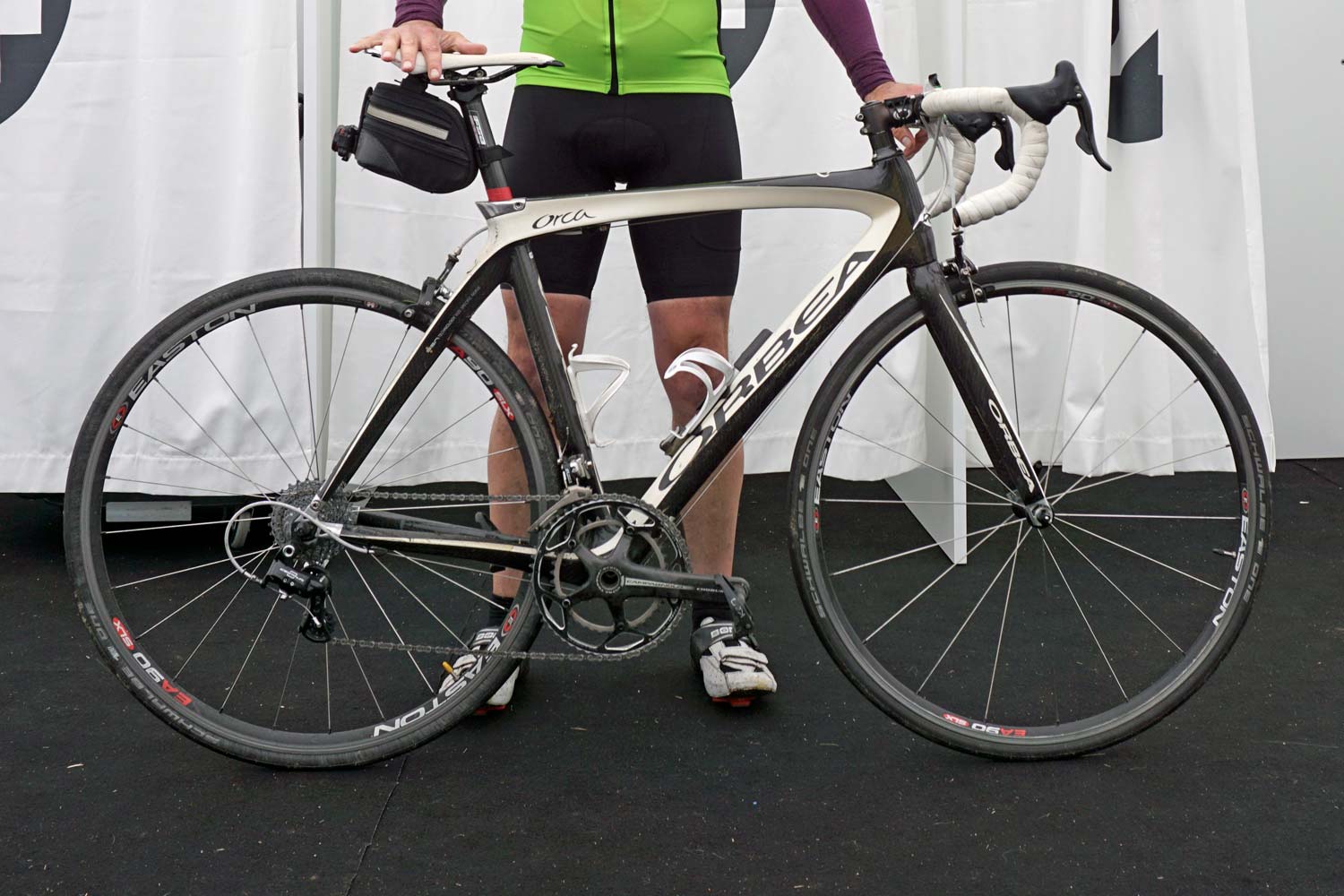