Nothing can change the fact that the Australian pursuit team’s qualifying ride – when they ultimately finished with a time of 3:48.448 – is a terrific performance, particularly given the circumstances. Still, there’s more to the story. And Bastion Cycles, responsible for the product that ultimately failed, has now issued a statement.

Alex Porter has helped Australia set a number of world records in the team pursuit. He is a fast starter and a formidably strong rider who was part of the quartet that first rode the 4,000m event in less than 3:50. Alas, he is now going to be remembered as the guy who crashed during the first qualifying attempt for the Australian team in the Tokyo Olympics.

Of course, the crash is not Porter’s fault. Without handlebars, it’s impossible to ride a bike at over 60km/h. And so we look at how it came to be that the bikes used by the Australian team were compromised.

Shortly after the incident, Argon 18, the Australian team’s bike supplier, issued a statement that the faulty product was not from their range. “While Argon 18 has designed a handlebar for the bike, and provided that stem to the team,” explained Martin Faubert from Argon 18, “it was not our bar in use during this incident.”

And so attention turned to Bastion Cycles, a Melbourne-based company that has created some enormously innovative products using 3D printing technology, which has also been in collaboration with the Australian Cycling Team. 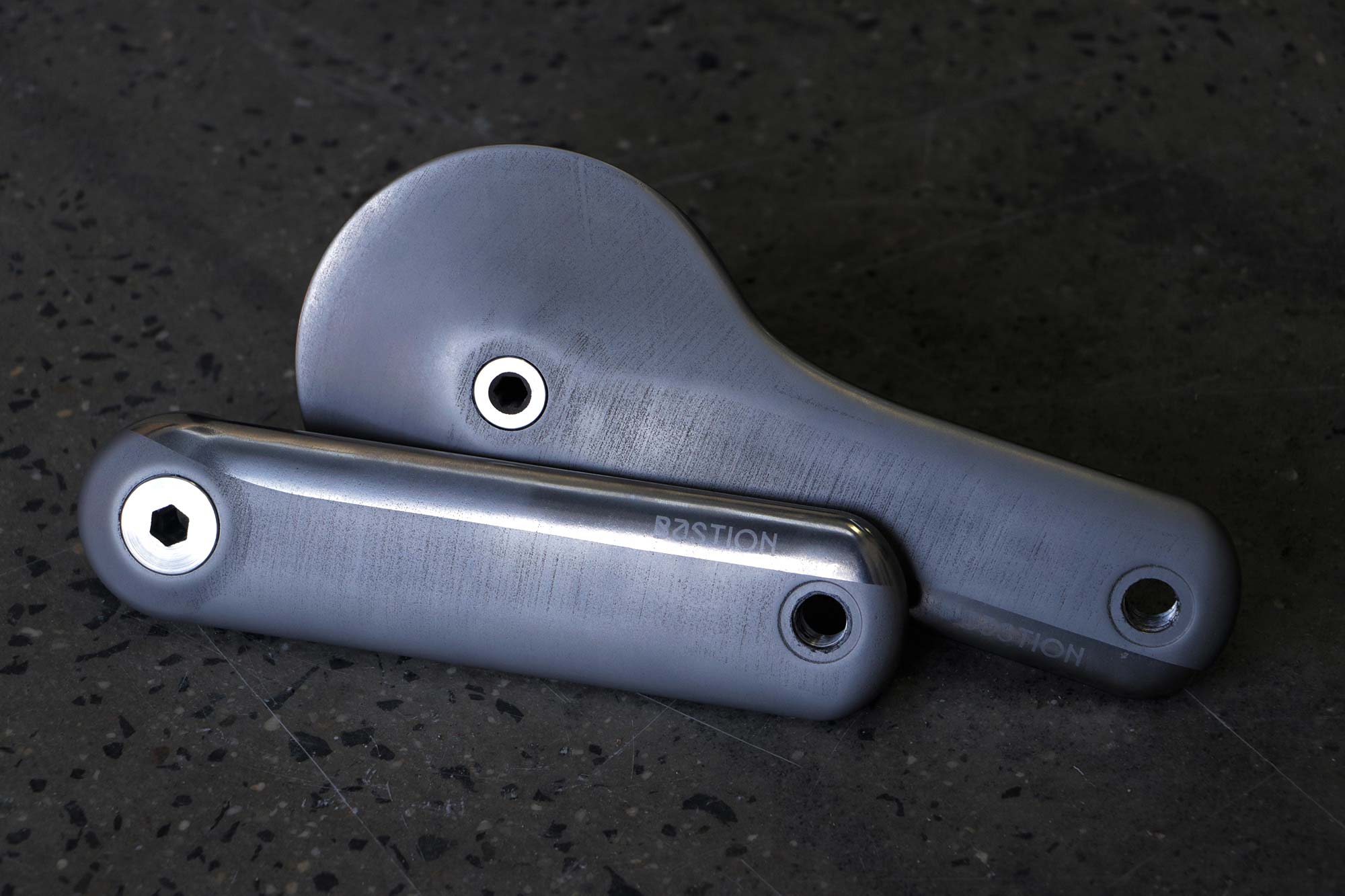 “The use of 3D printing means the size of the components can be tailored to the athlete,” explained Bastion in a release regarding its collaboration with Australian cycling. “This results in a rider position optimised for both aerodynamics and power output.”

That statement is from a November 2019 release. Fast-forward to August 2021 and there’s a different tone developing. Bastion has a reputation for quality but, at a crucial moment in track cycling competition, one of the parts it supplied failed.

Before the statement was issued, speculation was that the faulty product was manufactured by Bastion Cycles and although Ben Schultz, co-founder of Bastion Cycles, explains that there is an investigation, it remains too early to draw conclusions about exactly what happened to Porter’s stem.

The team at Bastion Cycles is working with the Australian Olympic Team to understand the cause behind the failure of one of its handlebar units during the four-person, Australian pursuit challenge at the Tokyo Olympics overnight.

Bastion co-founder, Ben Schultz, said, “Our first concern was for Alex Porter and the entire team. We are in constant contact with the Australian Olympic cycling team and coaches, and give our assurances that we are using all means available to investigate why this occurred,

“Our focus at this time is to continue supporting the Australian cycling team for the remainder of the competition,” said Schultz.

Bastion has been providing custom-made components for elite athletes since 2016, using leading-edge composite and titanium 3D printed materials, and remains committed to supporting the Australian Olympic and Paralympic Team.

In the November 2019 release, there is no mention of handlebars to be used on pursuit bikes, instead the items listed include cranks, stems for the sprint bikes, and handlebars for the Madison/points race on the track. It would seem that this product line-up has grown in the past 20 months and now includes TT aerobars as used by Porter.

What will be interesting to know is what company registered the products for use with the UCI? This is something that needs to happen for components to be used in competitions such as the world championships and Olympic Games. RIDE Media has been told that the 3D printed products have actually been registered by the Australian Cycling Team, via Argon 18 (a claim we are still investigating).

It is also worth noting that, prior to the Australian Cycling Team announcing that it was switching from BT Bikes to Argon 18, third-party handlebars were fitted to track bikes despite BT suggesting that such products were not appropriate for use. Some have suggested to RIDE Media that this approach resulted in a number of significant failures (not the frame, rather the components) although these didn’t happen in competition at an event like the Olympic Games.

An industry insider who has worked closely with Bastion Cycles, who spoke to RIDE Media on the condition of anonymity, suggested that the most likely cause of the issue would be an overtightening of the stem. Torque settings exist for a reason and when too much torque is applied, there is the risk of failure.

“I’ve seen the lengths that Bastion go to with their quality control and they leave nothing to chance,” he said. “All the items supplied to the Australian Cycling Team would have been thoroughly examined and tested prior to being sent.

“Any failure in a bicycle part is a serious issue and a response from the manufacturer is a must within the shortest period of time,” he continued. “Everyone is assuming that the bars have been produced by Bastion and this needs to be confirmed. If this is the case I can only support James and Ben in their fastidious attention to design, manufacture and testing (DMT).

“At this early stage I doubt if a reason for the failure can be assumed as a result of any of DMT. In fact, installation on the bike needs to be looked at. Did the bars/bike suffer damage in transit? What happened to the bars from factory to client and then between delivery and use on the bikes in Japan?” Etcetera.

There is more to come from this story but, for now, we echo the sentiment offered by Ben Schultz and wish Alex Porter all the best as he recovers from the injuries sustained yesterday and hope he is ready to race if called upon for round one of the TP today and, possibly, the bronze medal ride on Wednesday.