Duncan Murray on AusCycling: “This is a democratisation of the sport”

In November 2019 there will be a vote about proposed changes to cycling administration in Australia. Clubs and members have been asked to consider a concept called ‘AusCycling’. At the heart of it is an amalgamation of various entities – the unification of road and track cycling with BMX and MTB… and the quest to bring 19 separate entities into one management structure.

In September a series of ‘roadshow’ events were hosted in cities around the country and a panel that included the CEOs of BMX Australia, Cycling Australia and MTBA explained their hopes and answered questions about the proposed changes.

In the past, RIDE Media has been vocal about the need for change in the way cycle sport is managed but since December 2018 – when CA’s CEO Steve Drake outlined his vision for what had been known as ‘One Cycling’ – there has been minimal commentary on this site about cycling administration.

Behind the scenes, however, there has been much discussion and it is clear that there is both acceptance and hesitation about the possible changes.

I attended the Sydney roadshow event and was the MC at both the Launceston and Perth events in September.

Beforehand, RIDE Media posted a series of interviews with the CEOs from BMX (Martin Shaw), MTBA (Shane Coppin) and Cycling Australia (Steve Drake). Each explained the reasoning behind their respective hopes for changes to how the sport is managed.

The time to vote is almost here and although we realise that sporting politics is nowhere near as enjoyable as riding a bike (or reporting on racing, or doing product reviews, or conducting interviews… etc), we do recognise that this is a significant time for cycling in Australia.

There is a wealth of material on offer from AusCycling, explaining the concept, answering questions, listing the voting dates, and generally trying to provide as much information on a bold initiative that could map out changes to the way other sports are managed in Australia. If sporting politics and the administration of cycling is something you care about, you have probably read all that content already – and possibly tuned in to the live-streaming of the roadshow events. (If you haven’t, there is still time to do so before the voting process begins in the coming weeks.)

The fourth YouTube interview in RIDE Media’s series about AusCycling is with the chairman of Cycling Australia, Duncan Murray.

It took only one question to prompt Murray to switch on his ‘spokesman-for-change’ persona and begin listing some of his thinking behind the proposed AusCycling administration model. Below is a verbatim transcript of his opening statements. (For more, watch the video interviews – part 1 and part 2.)

RIDE Media: I’m talking with the chairman of Cycling Australia, Duncan Murray, who is one of the main proponents for a thing that’s been known as ‘One Cycling’ – [something that] looks like it might eventually become ‘AusCycling’… How do we paraphrase your involvement in this?

Duncan Murray: “I was approached by the Sports Commission (now ‘Sport Australia’) in early 2017…

“I joined the [Cycling Australia] board as deputy chairman when Steve Bracks was the chairman. Mountain bike (MTBA) and BMX (BMX Australia) had already been to the Sports Commission to talk about how we could bring the sport together.

“John Wylie (chairman of Sport Australia) approached Steve Drake (CEO of Cycling Australia) and I about joining the board of CA. I joined as deputy chairman and then took over from Steve Bracks in July of last year.

“I’ve been in the sport for 30 years like you – getting old, losing my hair – and have spent a lot of time at a club level looking up.

“I’ve always been a critic of the bureaucracy, and the system, and the way in which cycling has run. And it’s one thing to know something intellectually. It’s another thing to start to understand it emotionally and live it. 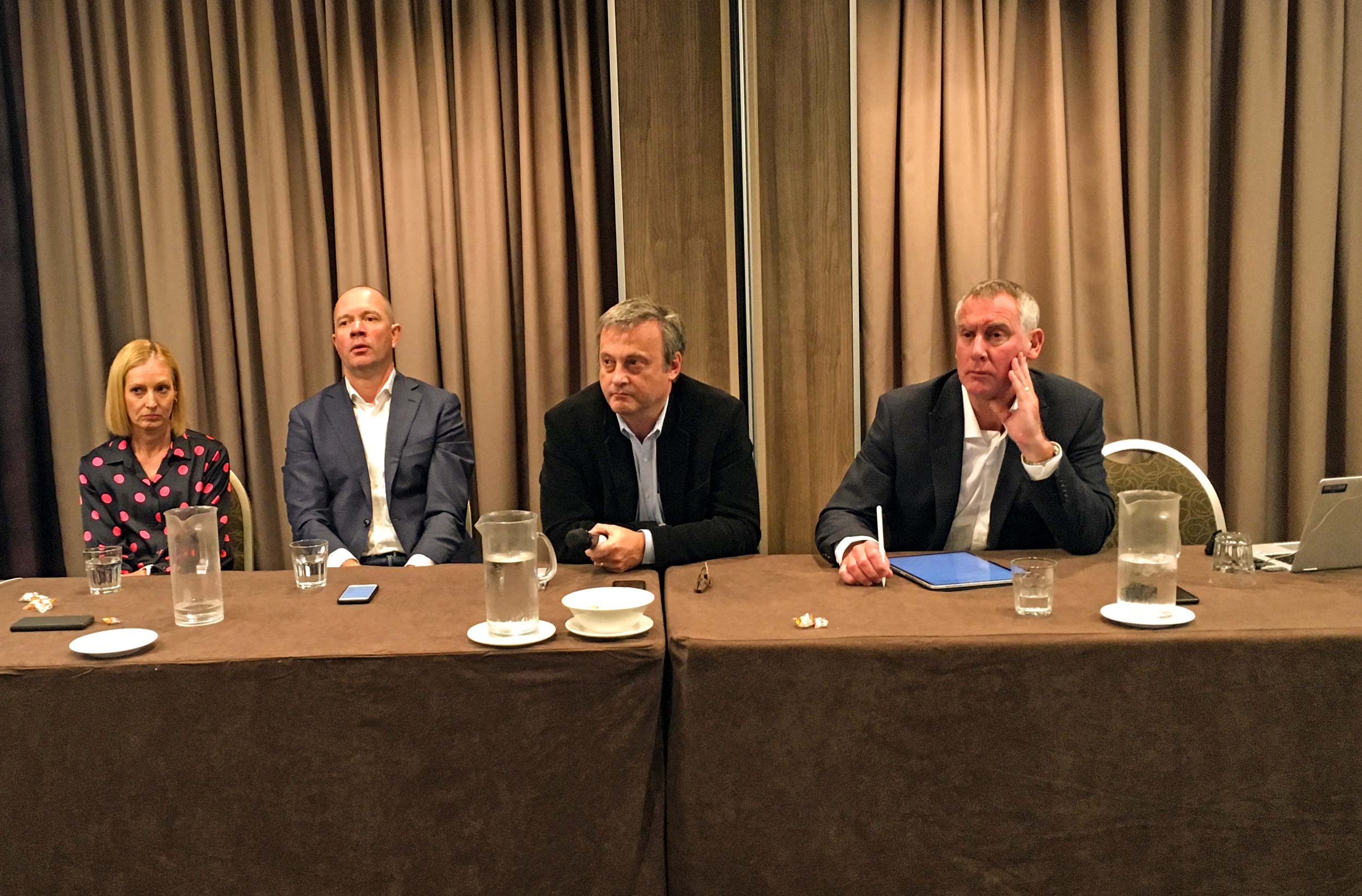 “I came on board to try and fix Cycling Australia.

“Steve and I and the rest of the board formed the view quite quickly that you couldn’t fix it, that it was too broken, and [that] we just needed to start again…

“Now the core problem is there are 19 organisations, 19 boards, 138 directors. And for 30 years, I’ve just heard and been a party to the grumbling of clubs about the system that they feel unsupported by the system.

“They send money up the chain to the states.

“They send money up the chain to CA.

“They don’t get much back.

“And there’s some massive challenges facing the sport.

“[In] all the states, you could find two or three things that they’re doing really well.

“But there’s almost an intellectual dishonesty in the sport.

“Everyone’s got 20/20 vision on what we’re doing well – and that’s three or four out of the 10 things we should be doing well. But there’s just a lack of real honesty about where we’re leaving things undone.

“And there are then some massive tectonic changes coming at us.

“There was a sports conference in the Gold Coast in May. And I had dinner with [David] Lappartient (president of the UCI). And he says there are more people with Zwift licenses racing bikes on Zwift than there are people with UCI accredited license racing bikes globally in the world…

“The RACVs, RACQs, NRMAs have billion-dollar balance sheets built off the back of registration and insurance schemes. They will start looking at those vehicles and try to decide if they are registerable. We may lose those vehicles to that sector.
“And kids aren’t riding bikes…

“When I was growing up, you’d see groups of kids roaming the parks on bikes that are built from hard rubbish collections… People like Stephen Hodge and Steve Drake had been pointing this out to me for five years.

“There’s a concrete cancer in the bottom of the sport, of kid participation.

“We’re seeing that in our numbers. [Cycling Australia] is down to 1,800-odd registration juniors nationally… I’ll come back to this, but BMX has that in each age group!

“And we can’t respond to that as a sport.

“Unless we start again and crowd an organisation that can deal with these challenges, we’re in trouble I think as a sector today. 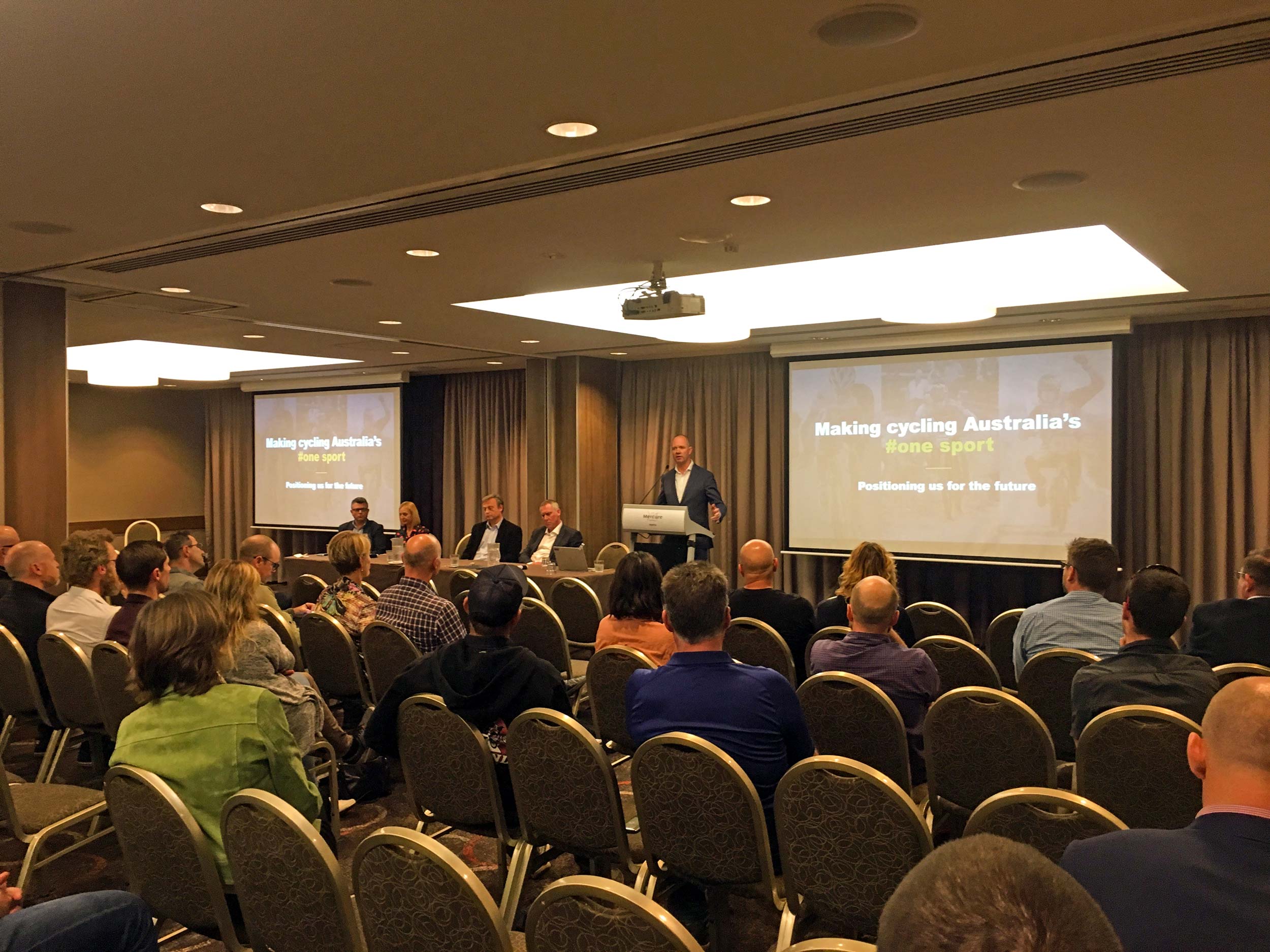 “Some people are more honest about the extent of the trouble we’re in. But in five year’s time, I think we’re going to be in real trouble.

“Unless we professionalise the way the AFL have and cricket have, we’re not going to be able to respond to these challenges which I think takes us to a trust question.

“I think the core issue at the moment is everyone sees this as a CA takeover, a whole lot of money going out of the states into the centre. And there’s a risk of a lack of delivery on the ground at a state level. The reality is it’s the antithesis of that.

“I put my hand up and say my ambition is to be the last ever chairman of CA and I want to shut the joint down.

“So, this is not about CA taking anything.

“This is about CA ceasing to exist.

“And Steve and I on the board are saying, with the rest of the organisation, ‘Has everyone else got the introspection and the guts to put their hands up for this and to democratise the sport?’

“So, this is a democratisation of the sport. The people who run the sport, as I said, are the clubs and individuals. And [AusCycling] is about saying: ‘Let’s take the 19 that exist today – and the 138 directors – and let’s just start again and hand the sport back to the clubs…

“Let’s create a new entity called AusCycling that will be a public company limited by guarantee as all the entities are today. And then let’s give it back to the clubs so the clubs own it because in that core sporting part of the sector –the three or four or half-a-dozen people who run every club who are the backbone of it, who sit at a card table, who stand on the corner every Saturday or every Sunday –they are the real owners and the keepers of the sport.

“That’s where the really good work is being done other than pockets of excellence inside the states and CA.

“So, let’s create a new entity and hand it back to the clubs and start again.

“Then, when you do that and you bring the disciplines together back to kids, BMX have 16,000-odd members. They start recruiting in early learning centres at the ages of two or there. And come 13 or 14, they are leaving the sport and go to play AFL, or cricket, or netball, or ‘roundball’ or football.

“I’ve had conversations with clubs over the last year where they complain about the number of juniors coming in to ride track. But there’s a BMX club down the road with whom they have no relationship. And there’s 1,600 juniors nationally leaving the BMX sport – nd they can pedal at 180 or 200rpm…

“Now, why not just go to the BMX club and say, ‘On Sunday at the velodrome, there’s a ‘Learn to Ride a Track Bike Day’ where you get a free water bottle and a sausage…’ And a whole lot of families will turn up.

“People like Dave Morgan and Cam McFarlane in Melbourne and Brunswick are doing things like that already.

“But, other than pioneers at the margin like Dave and Cam, systemically that’s not happening… The system isn’t doing it.

“By bringing the disciplines together and handing ownership back to the clubs, you can achieve that… which takes me, I think, to my sort of final – albeit long-winded – answer to your first question that the things the states are doing exceptionally today, they will continue to do.

“All we’re changing is the ownership structure upstairs and in fact trying to get more support to the things that are happening well.”

The dates for voting can be found on the AusCycling website, as well as links to the roadshow events around Australia, FAQs, and other information about the proposed changes. 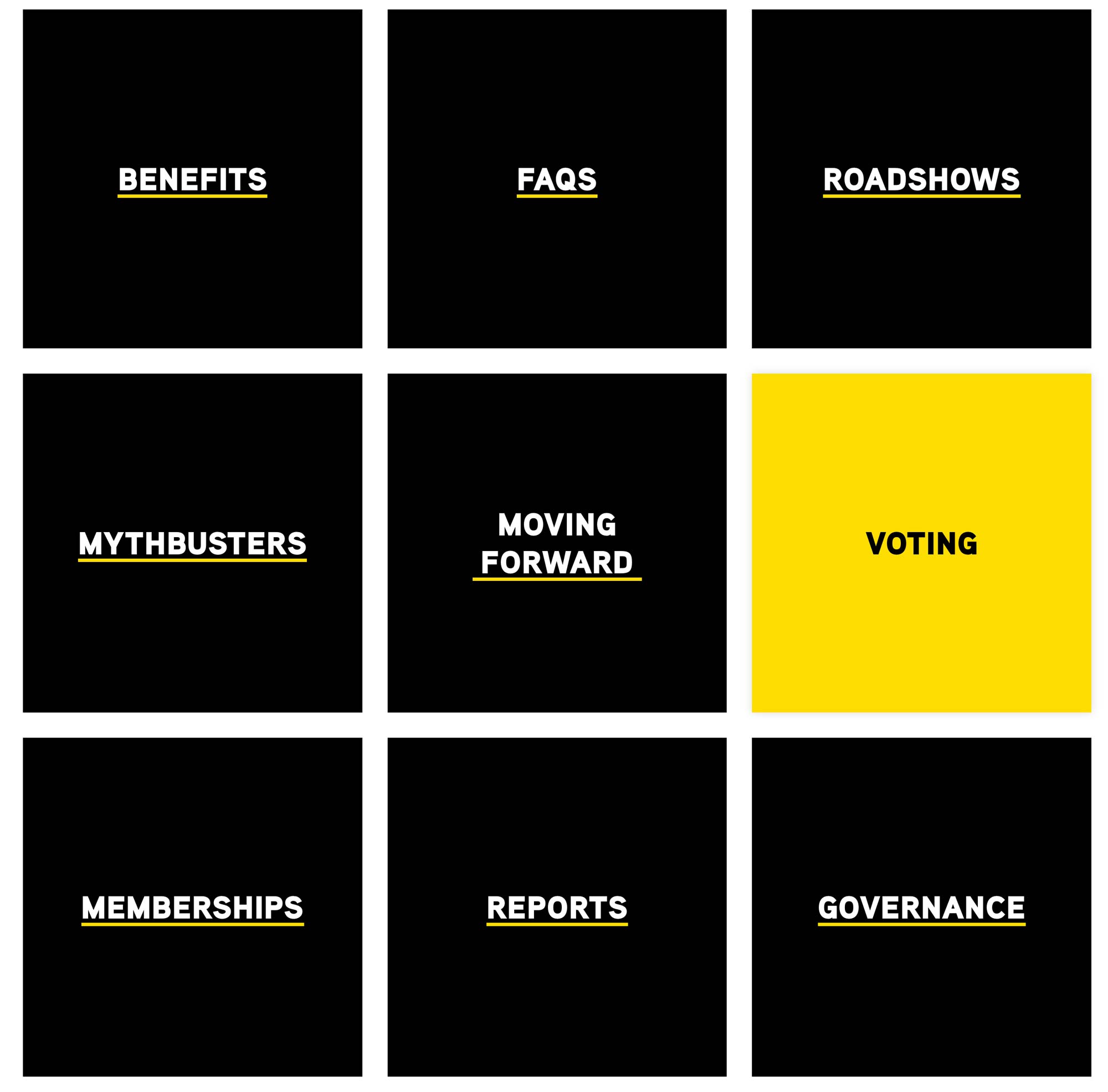