Down to just four riders with five days to go in the 2022 TDF, UAE Team Emirates was still able to set Tadej Pogacar up for another stage victory in part two of the race’s visit to the Pyrenees.

Brandon McNulty, take a bow: third place at Peyragudes, an effort that helped his team leader trump the race leader, Jonas Vingegaard, at the top of the steep final climb.

This is the #ZacWilliamsGalleries of stage 17 from Le Tour of 2022.

The sequence below tells part of the story. Tadej Pogacar was stronger than Jonas Vingegaard at the very end of the short but brutal stage from Saint-Gaudens to the steep uphill finish at Peyragudes but scroll down a little further to see the video of the final kilometre. What you see before the sprint between the two riders at the top of the GC rankings after 17 stages is the final effort of Brandon McNulty, the team-mate of the winner.

The third-place finisher was a star of the show on the final Wednesday. McNulty is of a trio of team-mates left to support the defending champion. The 24-year-old American can be credited with whittling down the peloton until only the two best riders in the race remained in contention for the win at Peyragudes.

Pogacar polished off the job but it wasn’t quite the dominating romp that has been such a trademark of his three appearances in Le Tour.

Jonas Vingegaard continues to show that he is on the same level as Pogacar. The pair finished stage 17 with the same time and only the bonus seconds for victory nudged the Slovenian slightly closer to the Dane on the GC rankings. 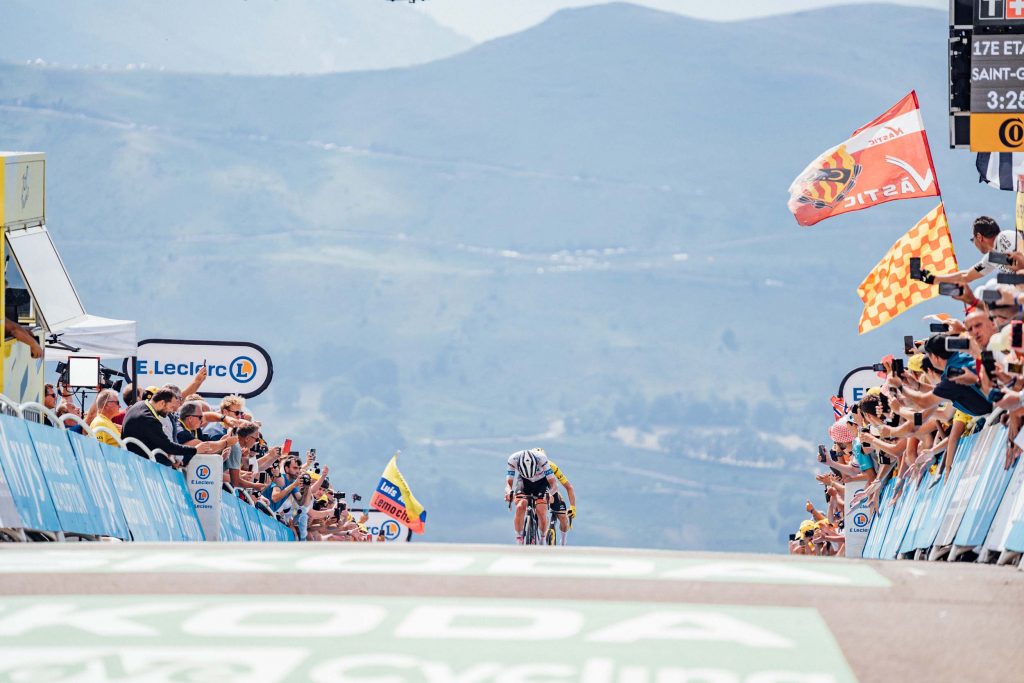 The two stage leaders come into view as they sprint for victory up the steep ramp at the finish at Peyragudes. (Photos: Zac Williams) 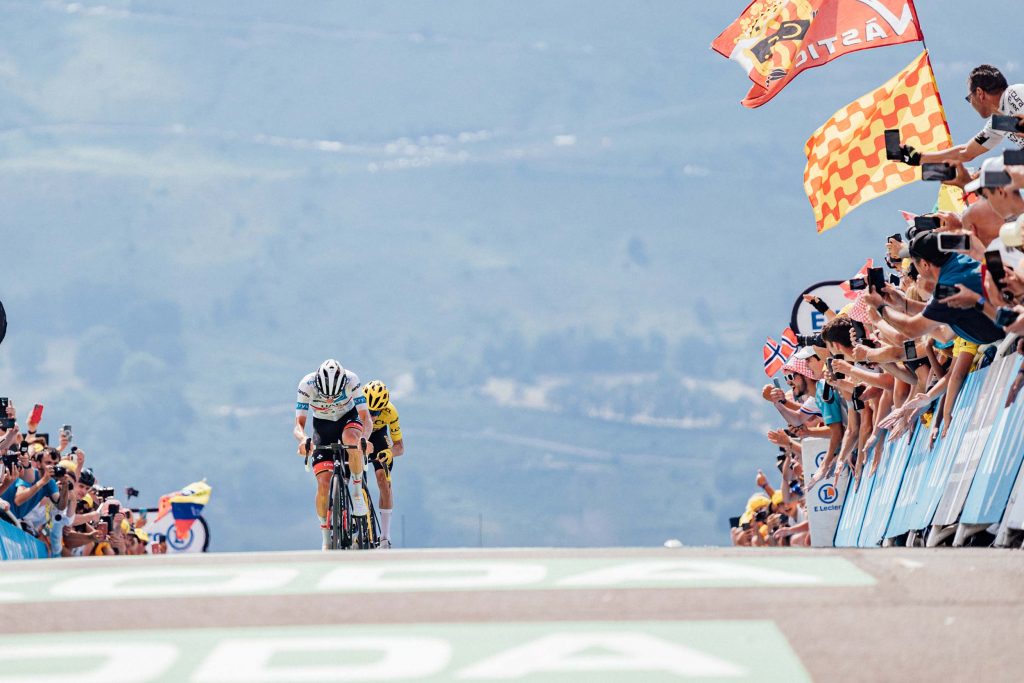 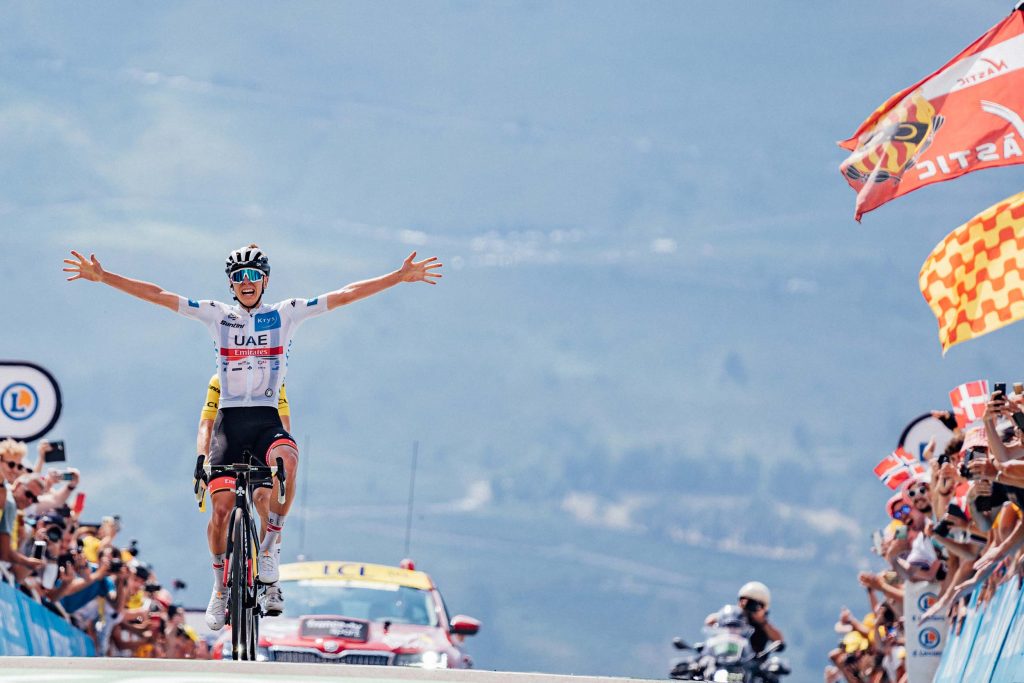 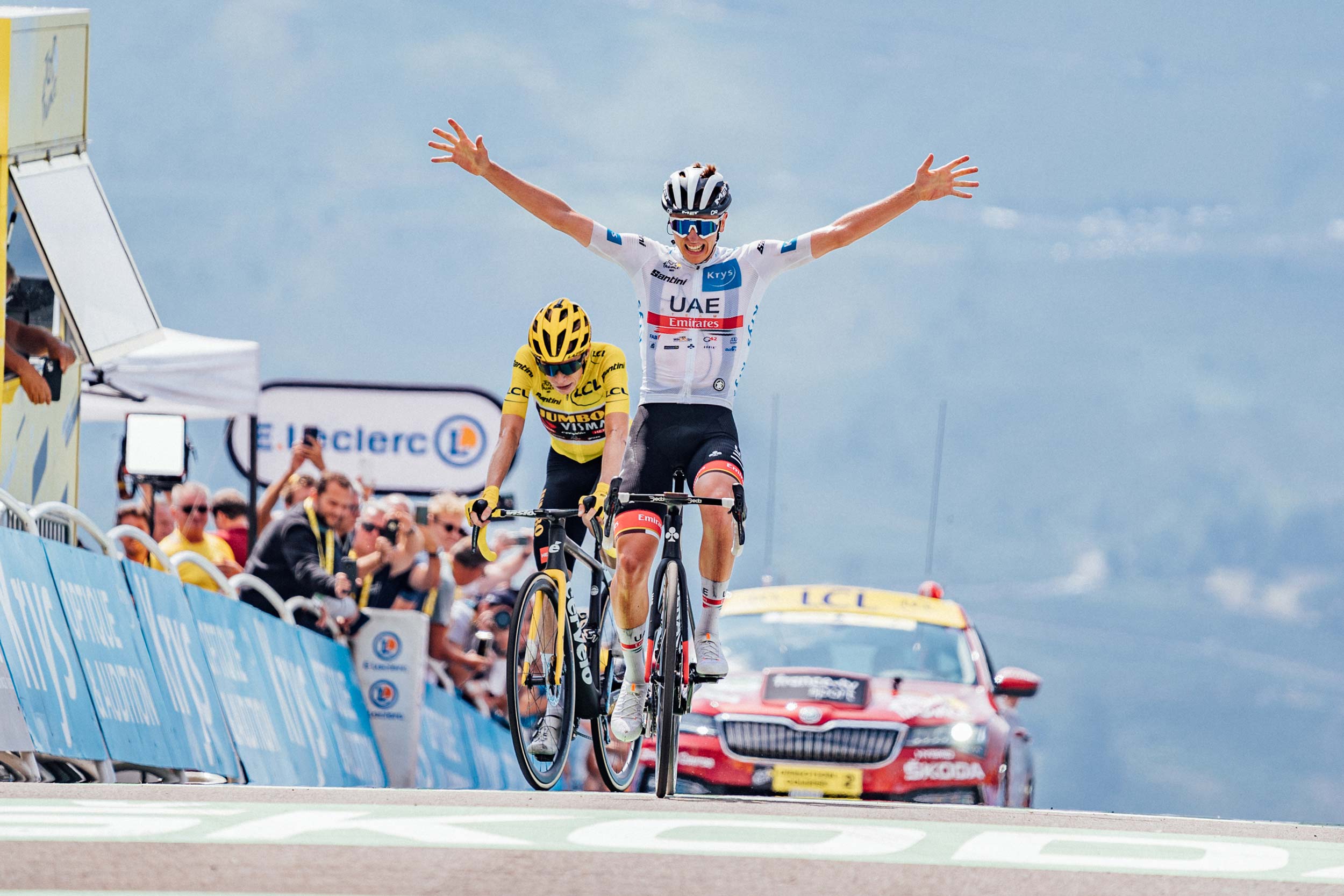 McNulty is missing from the finishing sequences captured by Zac Williams, but his third place in stage 17 will be remembered for years to come. He is part of the young generation of climbers who have emerged in recent years and although the UAE Team has been whittled down to only four riders for the final week, those who remain continue to challenge for a third successive title.

For Pogacar to win, however, he has to overcome Vingegaard and that seems unlikely to happen. The 25-year-old Dane from Jumbo-Visma seems invincible. He leads GC after 2,856km of racing by 2:18.

Pogacar has claimed a total of 34 seconds worth of time bonuses collected thanks to three stage wins, plus third place in stages one and eight. Meanwhile, Vingegaard’s bonus tally adds up to 22 seconds with one stage victory, as well as his two second places (in stages seven and 17).

It’s clear these two are far superior to all other GC challengers as the time gaps continue to grow with only four stages remaining.

Geraint Thomas (below) opted to set an even tempo up the climb rather than try and respond to the pace set by McNulty.

“I felt alright but I didn’t quite feel as light on the pedals as I had earlier in the race,” said Thomas, now ranked third on GC at 4:56.

“I started riding my pace… I made the call to not go fully into the red and risk blowing up.” 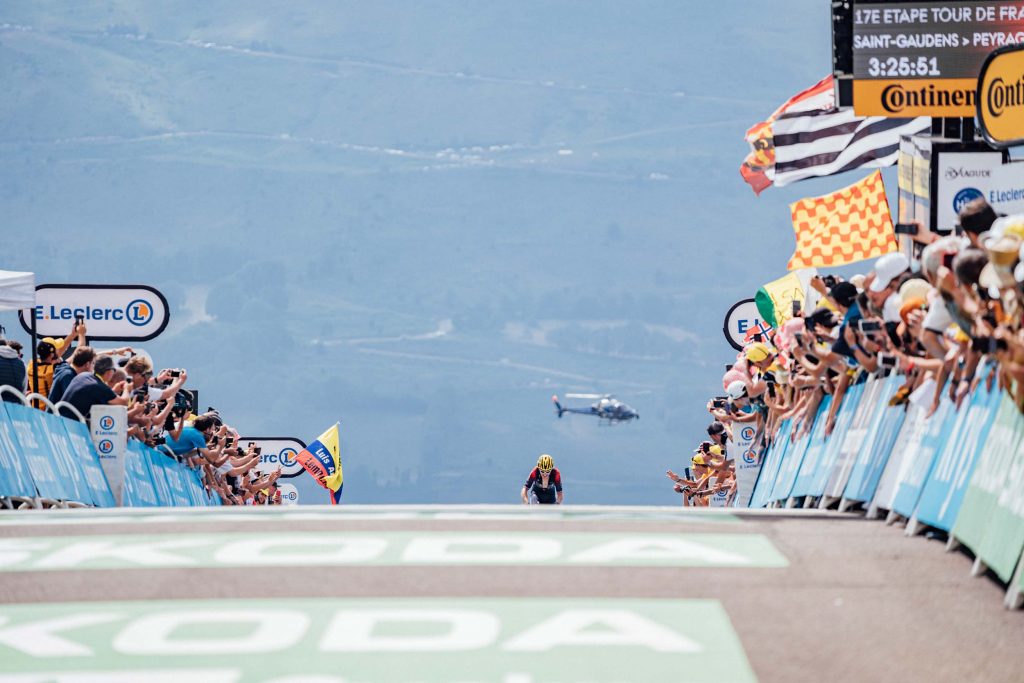 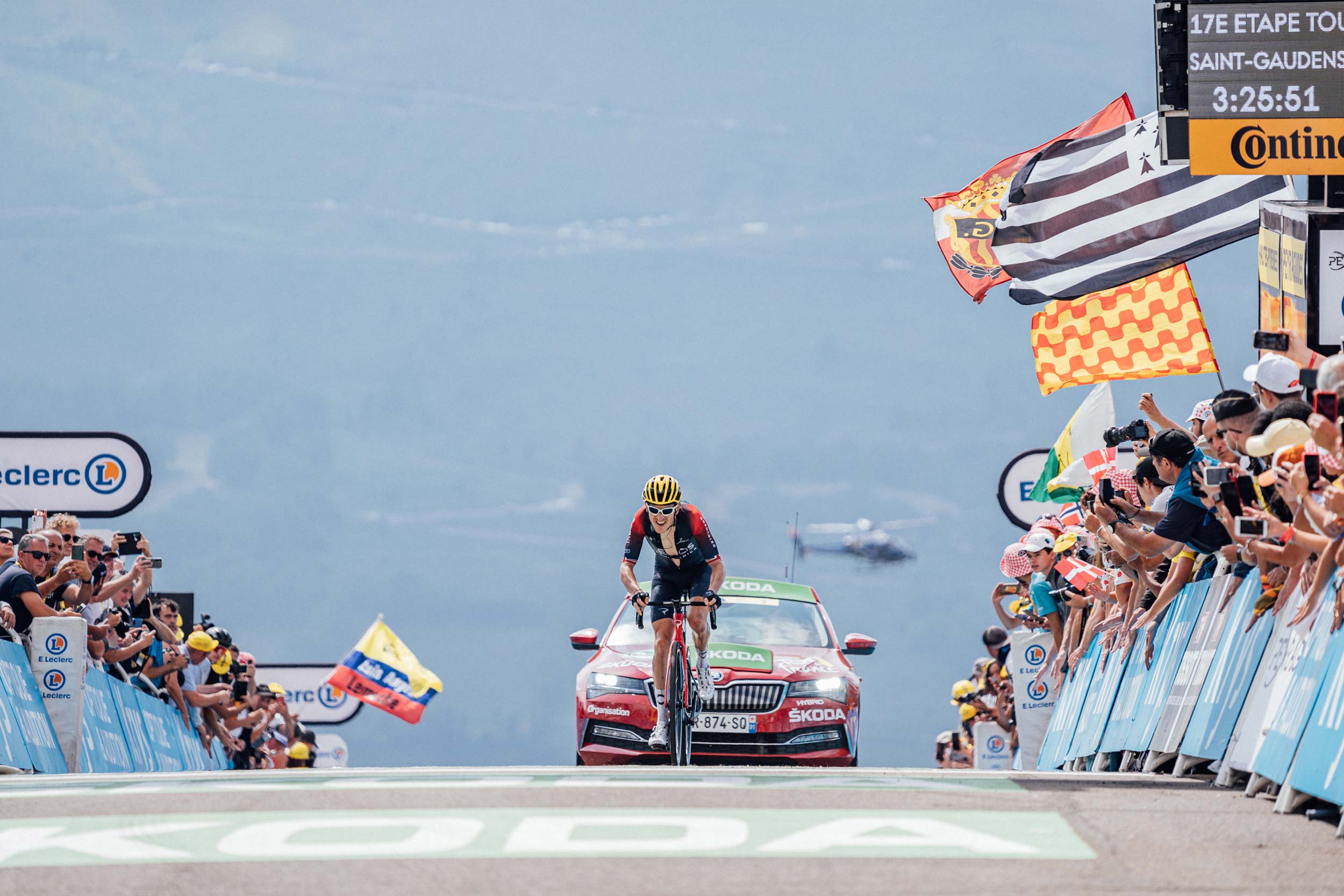 At the top of the steep final ramp at Peyragudes, those gaps have blown out significantly and the order of GC has switched around. Quintana continues to hold fourth place but his deficit, 4:15 at the start of stage 17, is now 7:53.

Yates, who is suffering a chest infection, dropped from sixth on GC (to ninth), replaced by a slightly resurgent Romain Bardet (Team DSM) who finished sixth in stage 17.

There is still a mountain top finish to come, with Hautacam on the horizon in stage 18. Seconds can grow to minutes in this part of the Pyrenees but it will take a considerable collapse for Pogacar to overhaul his Danish rival who has shown he is capable of matching every attack the Slovenian can muster. 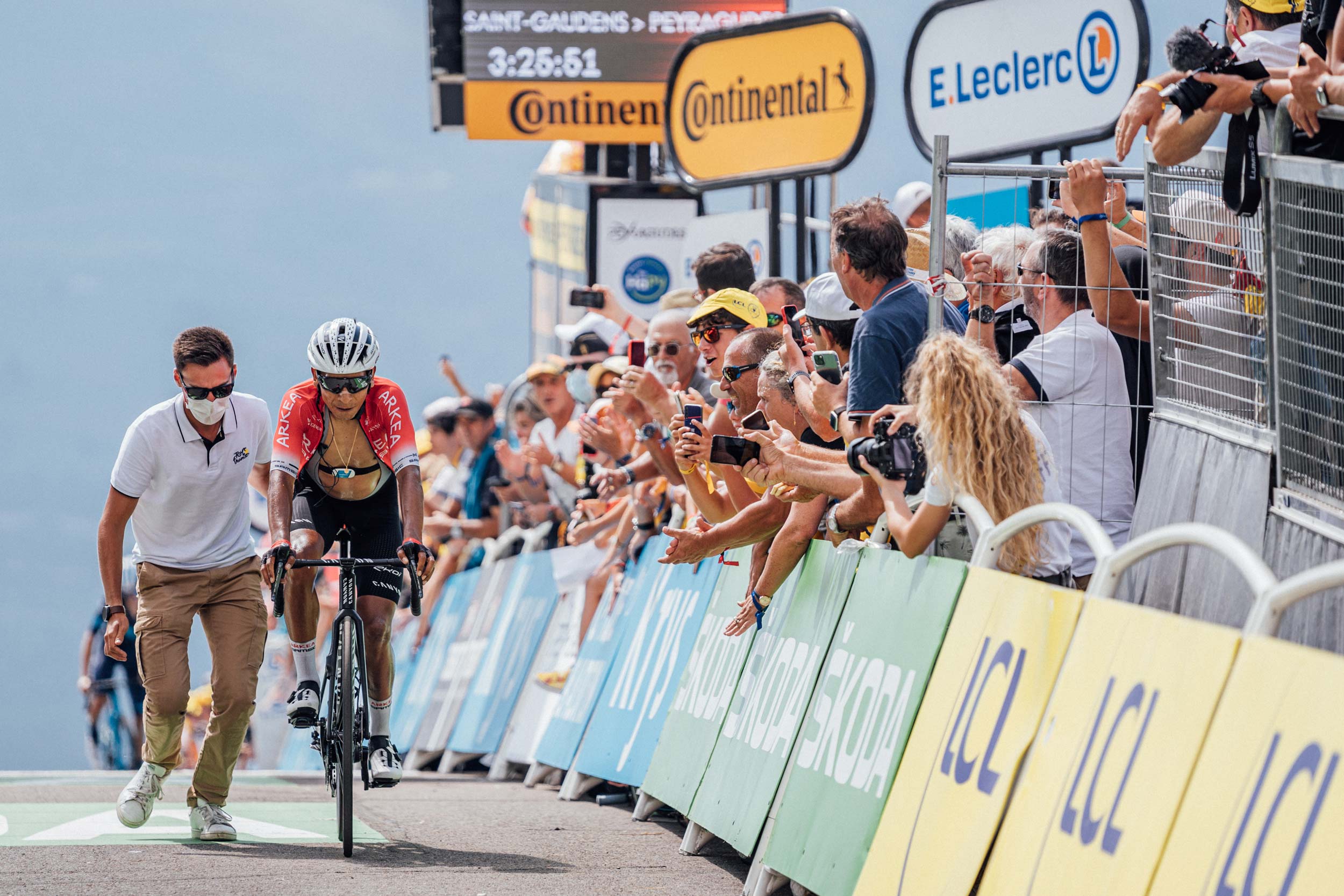 Quintana’s bid for another podium finish at the Tour took a beating in stage 17. He is now 4th overall, 7:53 behind Vingegaard. 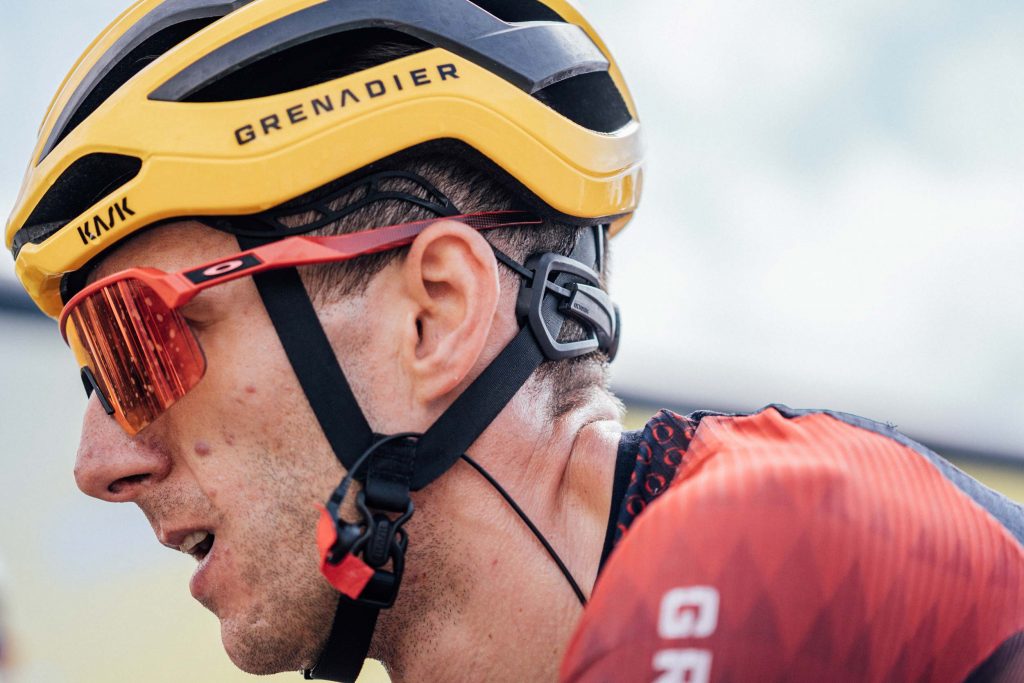 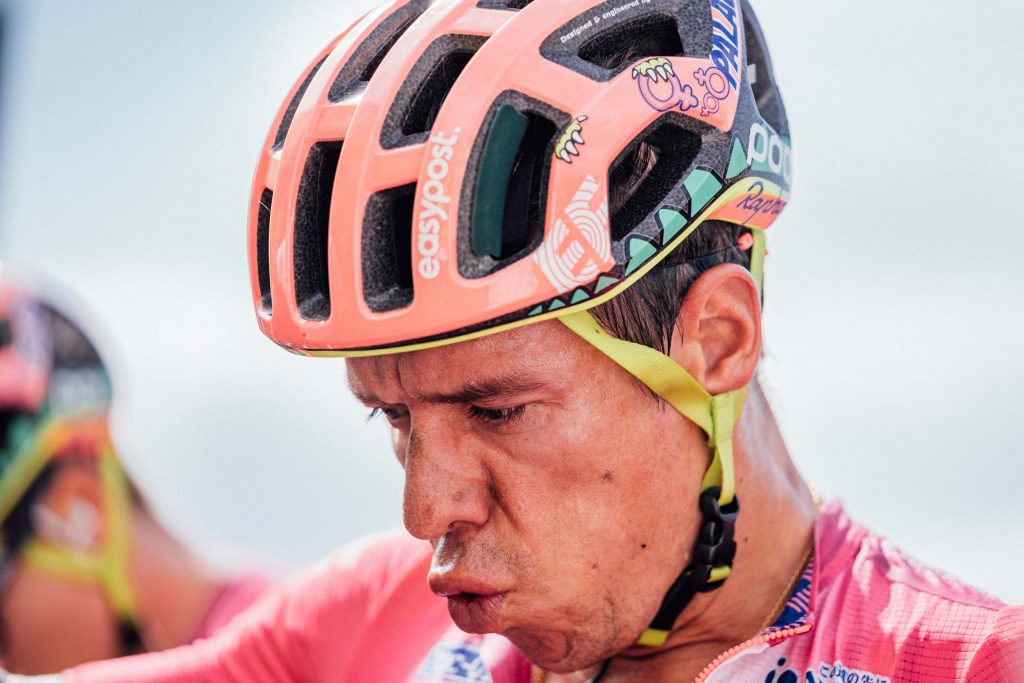 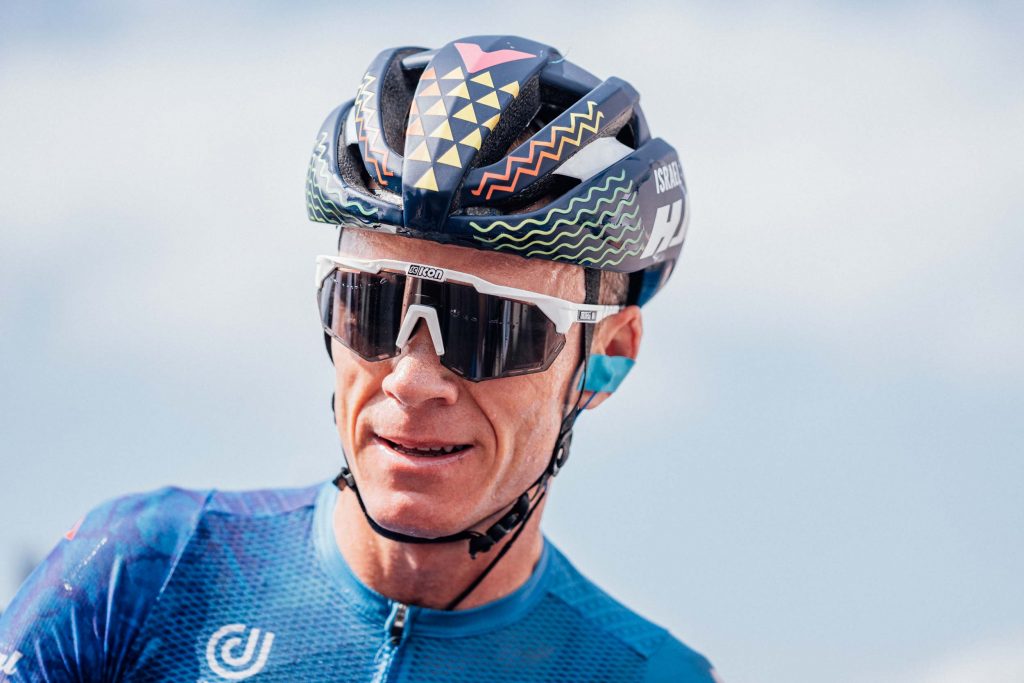 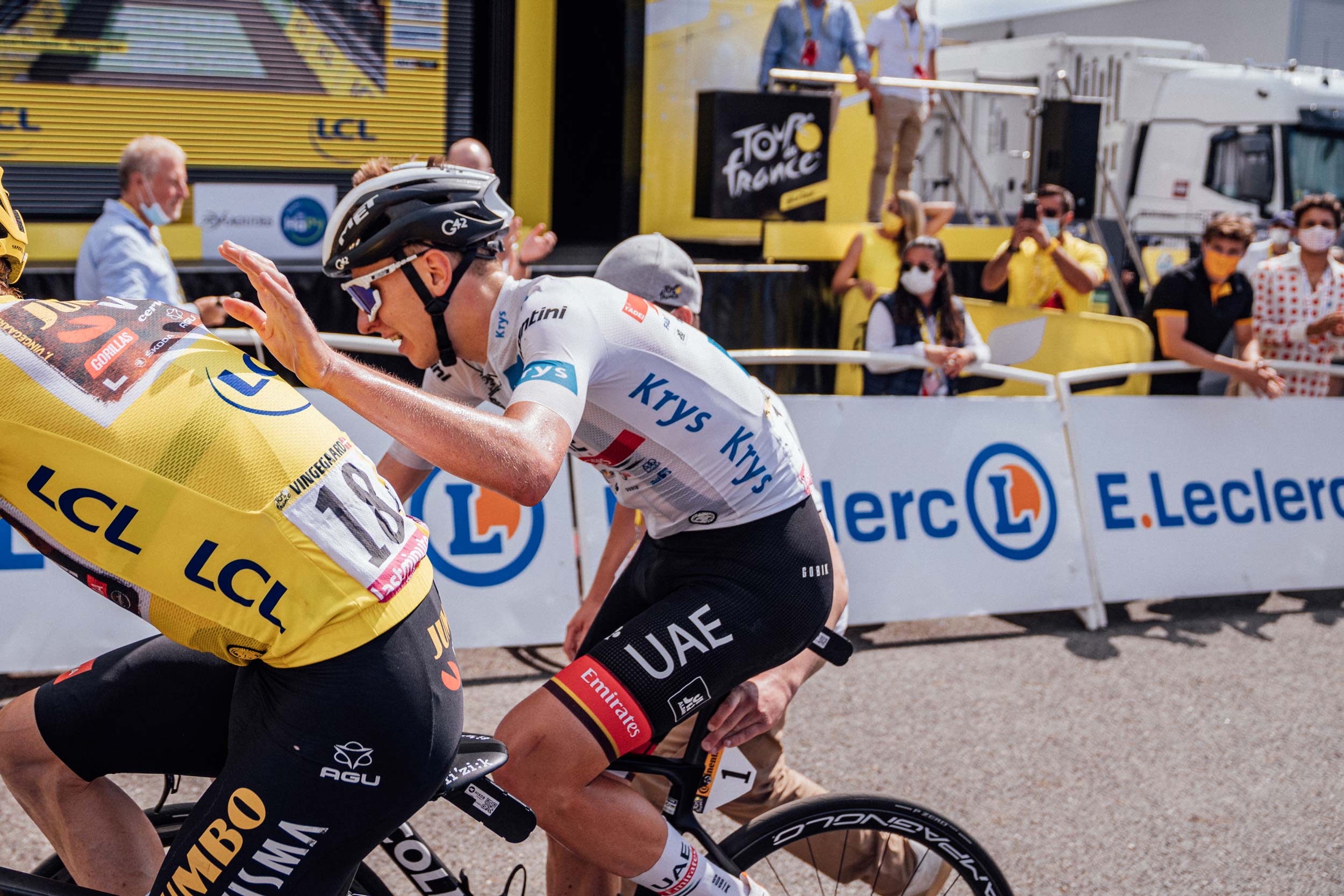 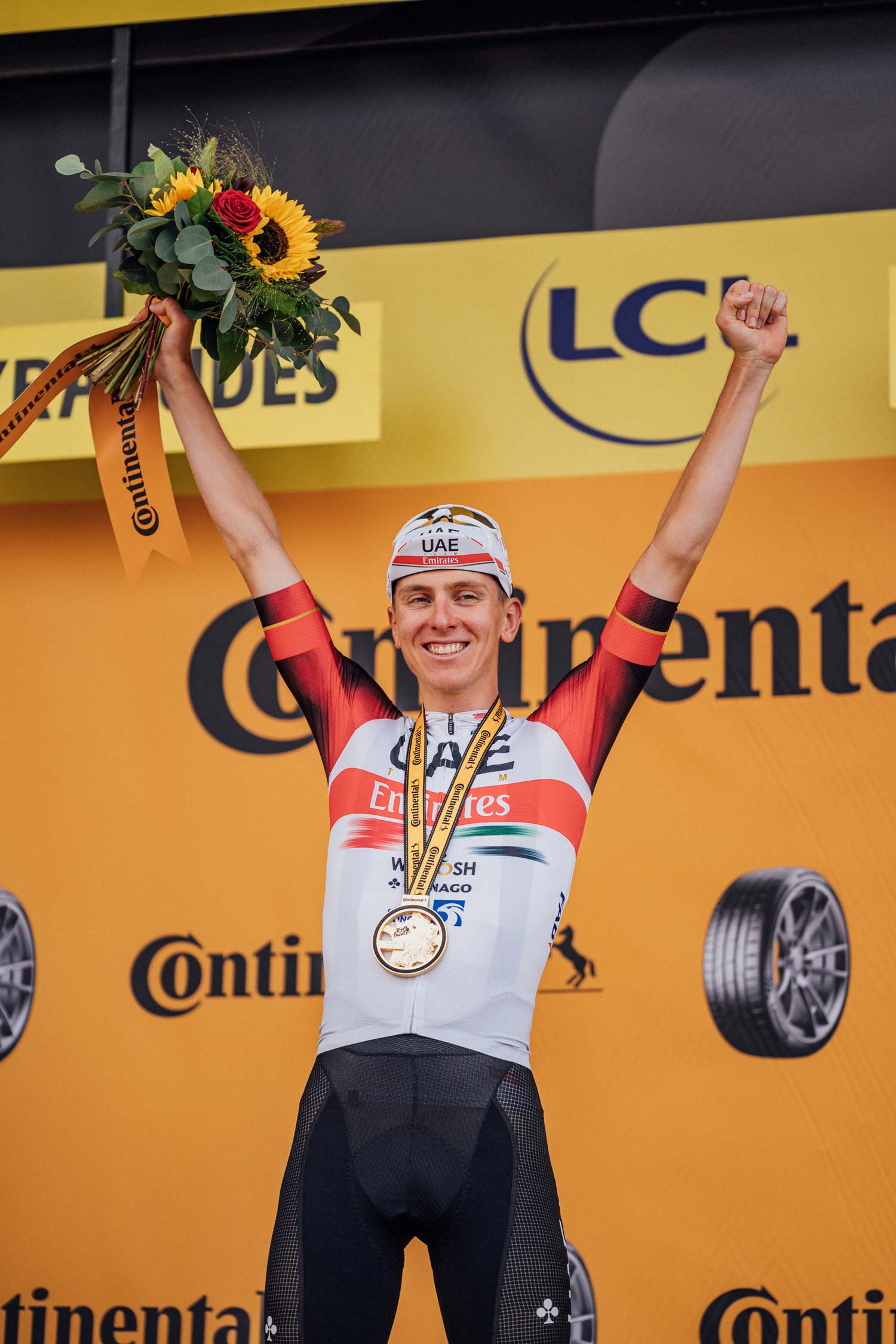