There is a new team-issue Scott Foil, complete with revised cockpit, neater cabling, and fantastic green-to-purple paint scheme (that sounds bizarre but looks amazing). It will appear in the Tour de France that begins tomorrow. Before that, let’s take a look back on the bikes of #GreenEdge… 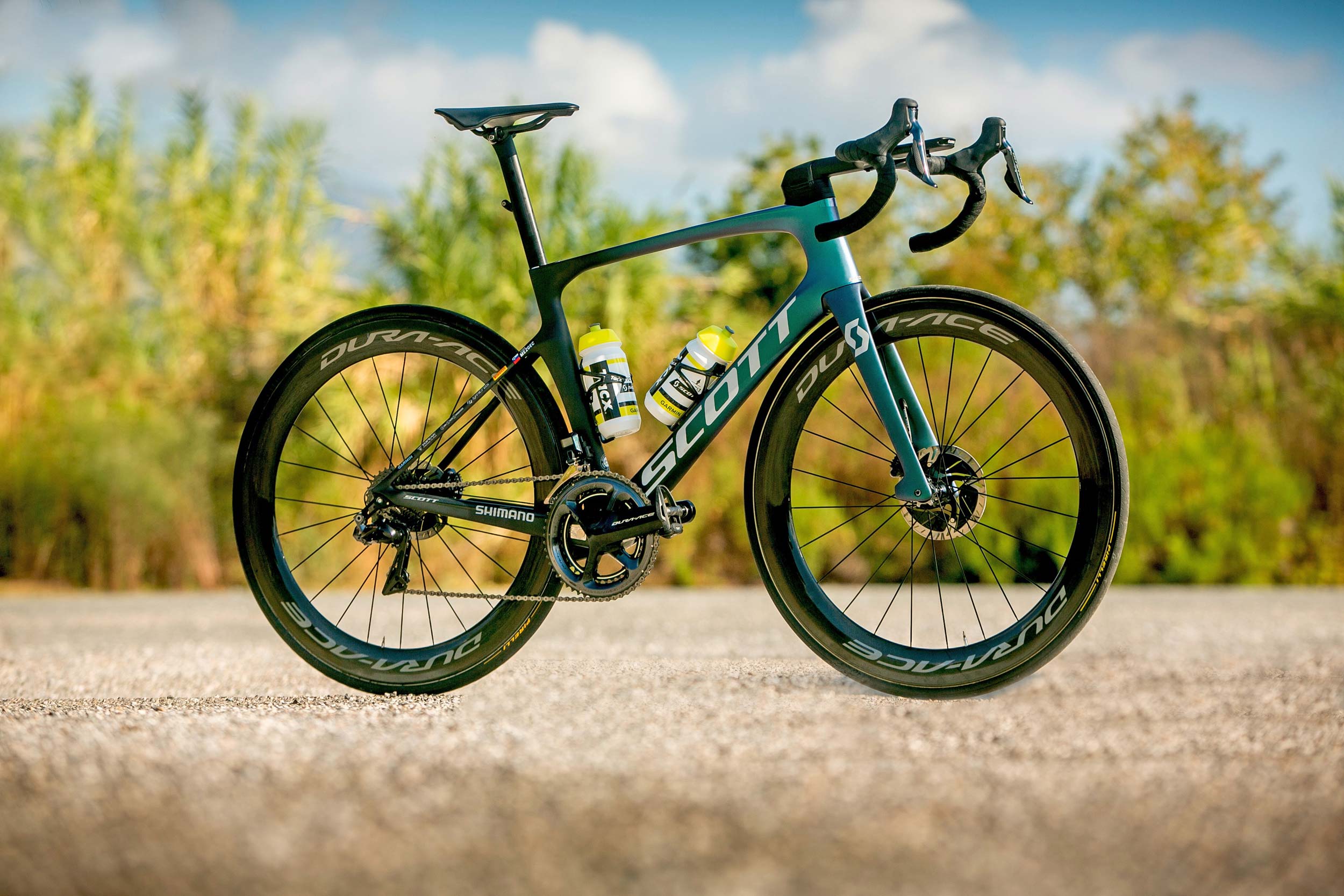 Luka Mezgec and Daryl Impey will race the new Scott Foil when the Tour de France of 2020 begins on 29 August. (Photo: courtesy of Scott Bikes)

Scott is one of two bike brands that boast naming-rights sponsorship of a team in the 2020 Tour de France. The company recently released a new iteration of the popular Scott Foil bike (above). It has “received a completely redesigned cockpit including fork, headset and handlebar as known from the Addict RC”.

When using data collected in the wind tunnel and while being limited to the UCI bike regulations, frames in 2020 are all emerging with a similar shape: low rear stays, hidden seat clamp, hidden cabling with tidy front ends and slight variations on the stem/handlebar/fork integration… and, of course, the giant logo on the down tube.

It adds up to an attractive, fast package with the purchasing decision often guided by brand allegiance or colour scheme. Still, the bikes of 2020 are far nicer to ride than ever before. 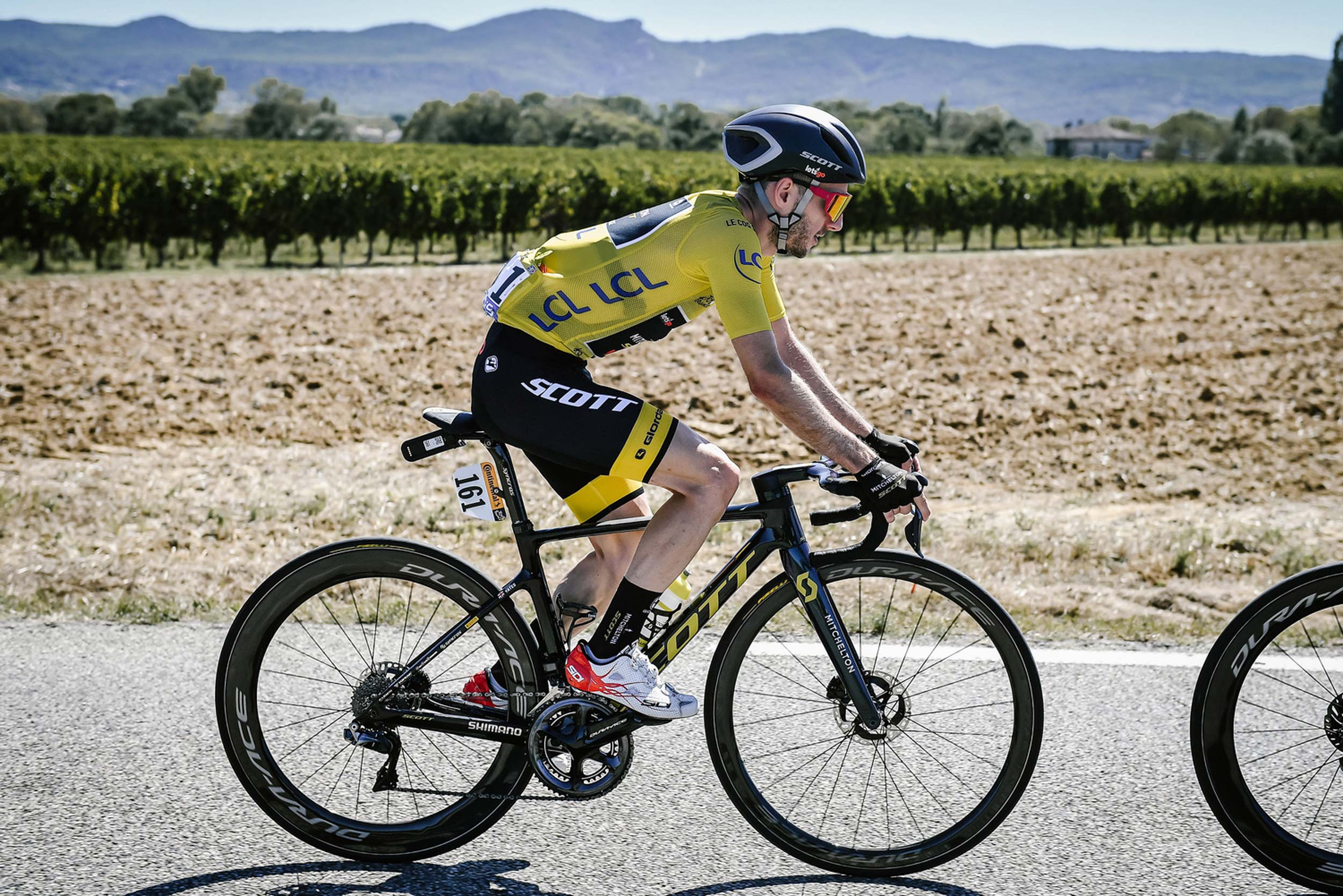 According to Scott, the innovations of the new Foil “allows for fully internal cable routing both for mechanical and electronic shifting.” This is, they say, “a feature [made] possible due to Scott’s patented eccentric bicycle fork shaft design, which allows zero compromise on shifting, braking, steering performance or head tube stiffness.”

Okay? All make sense? Now, shall we look back at the evolution of the Scott team-issue bikes since the company began its association with the Aussie team now known as Mitchelton-Scott…? 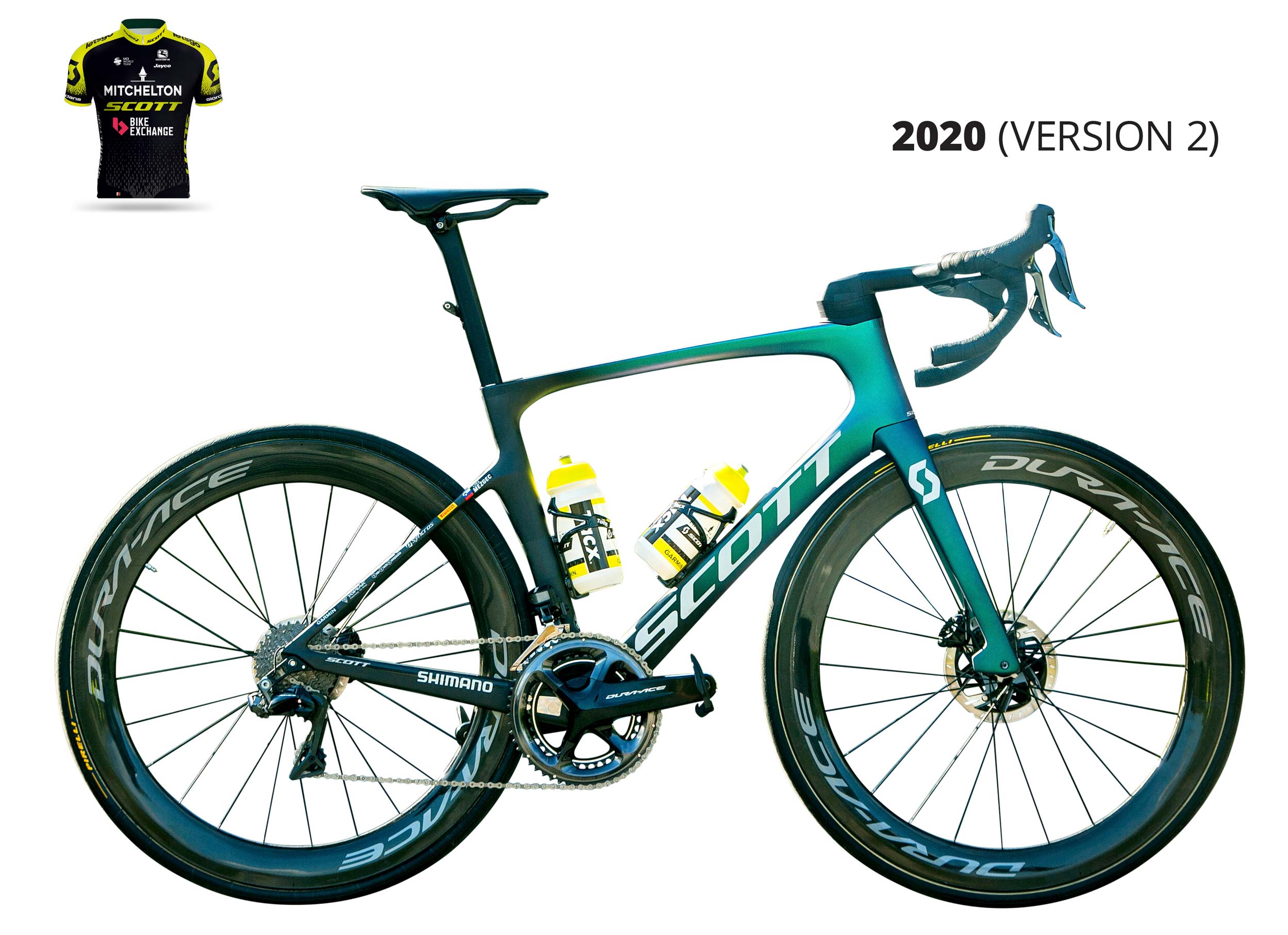 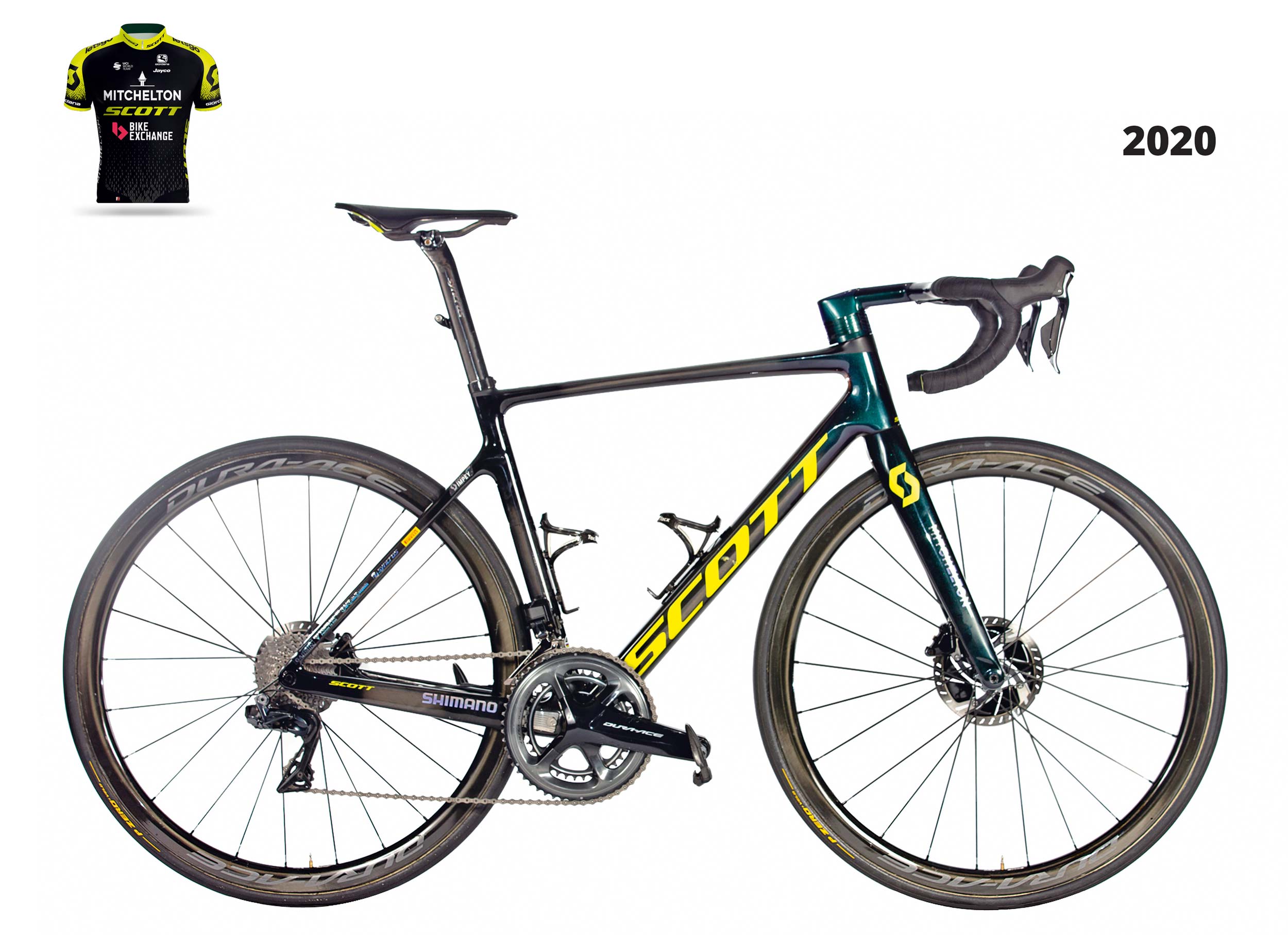 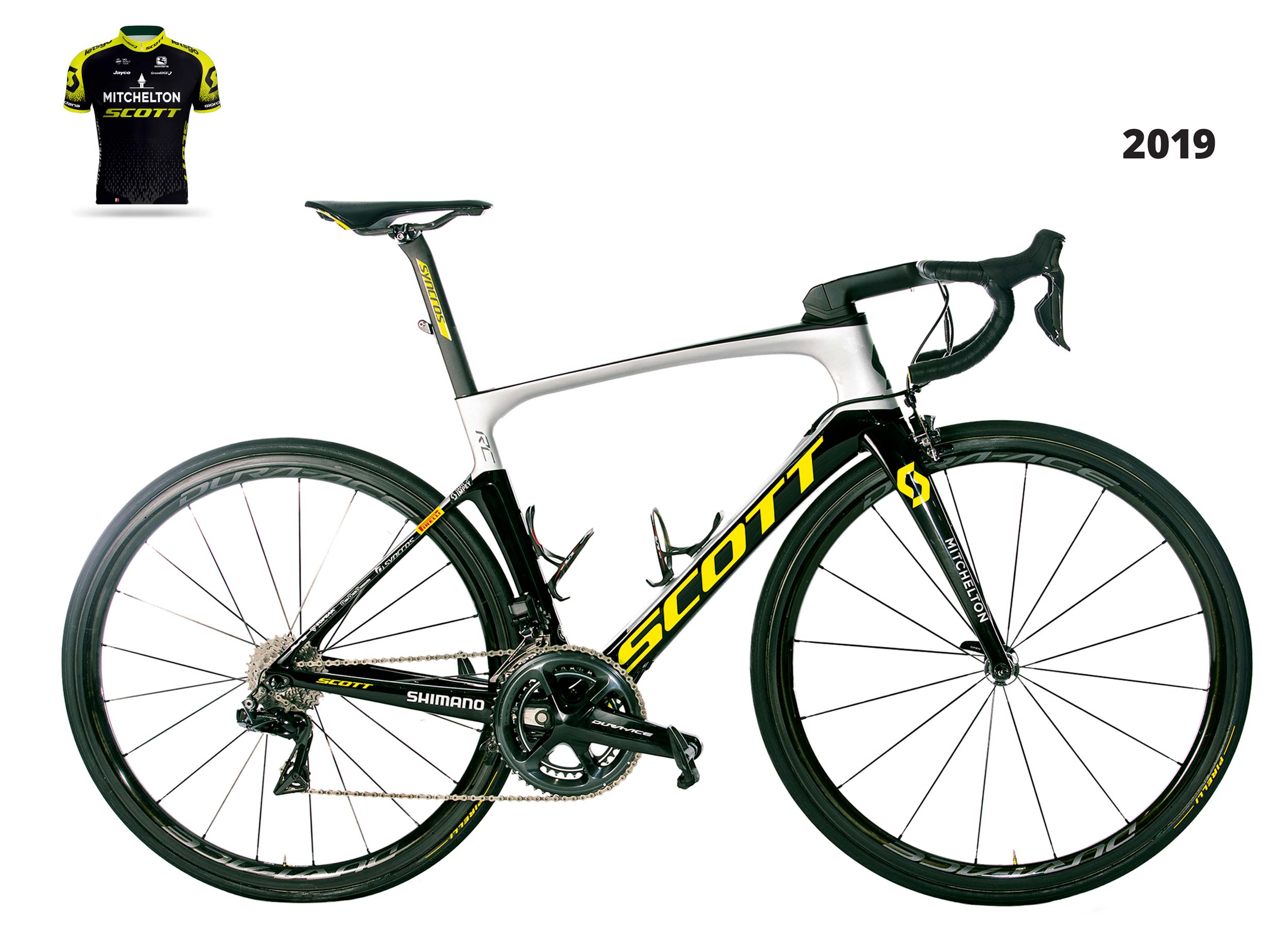 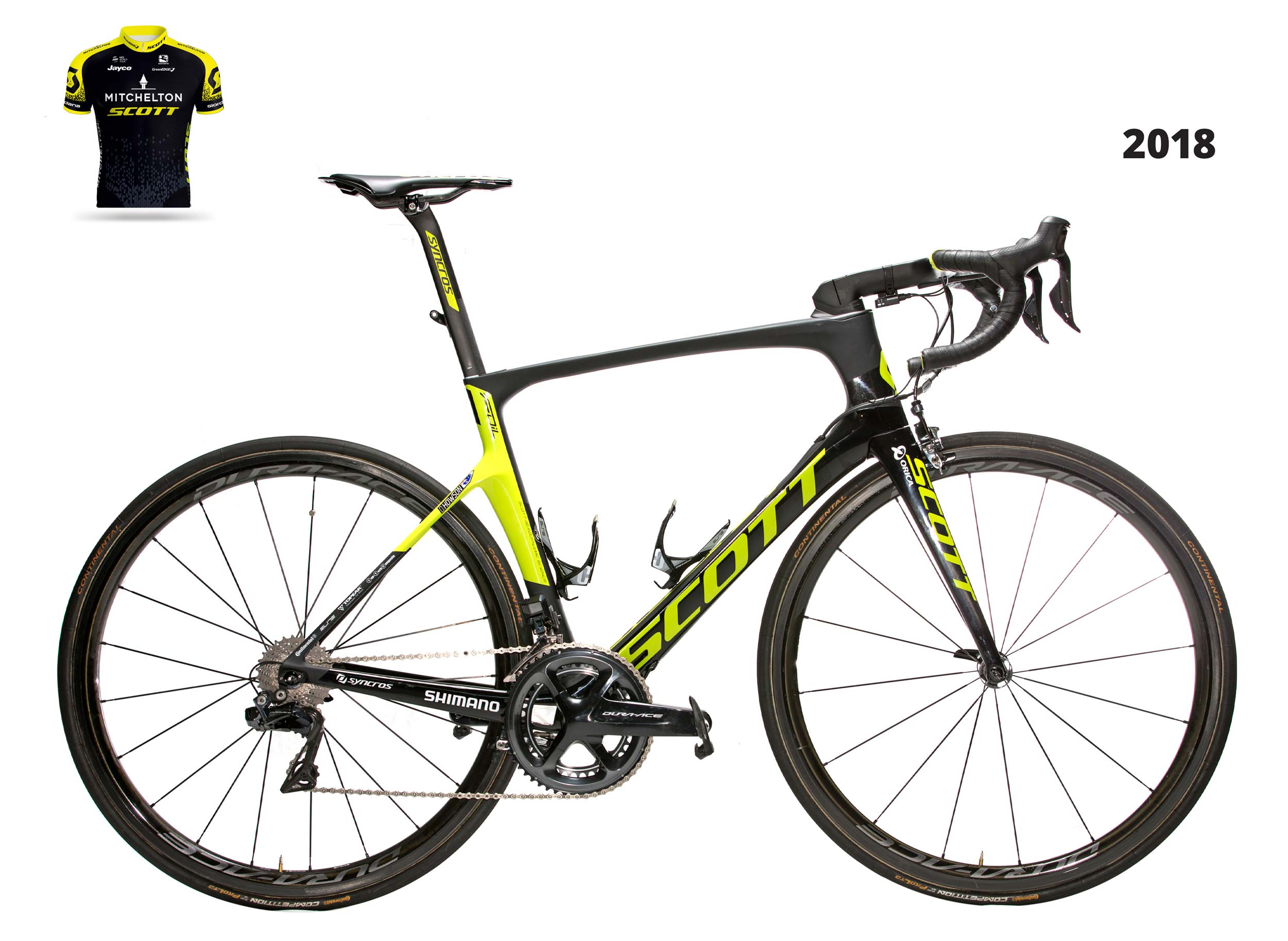 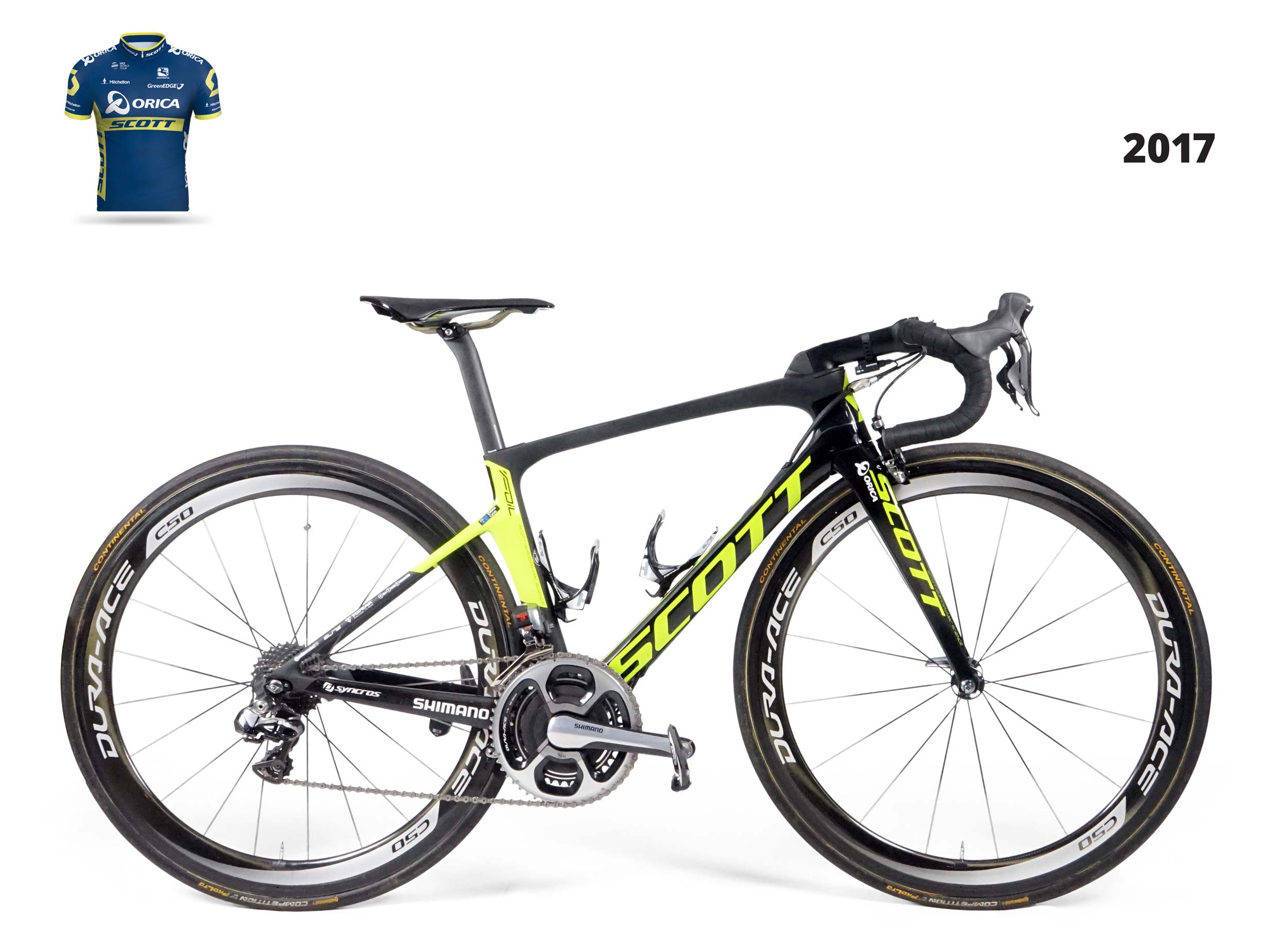 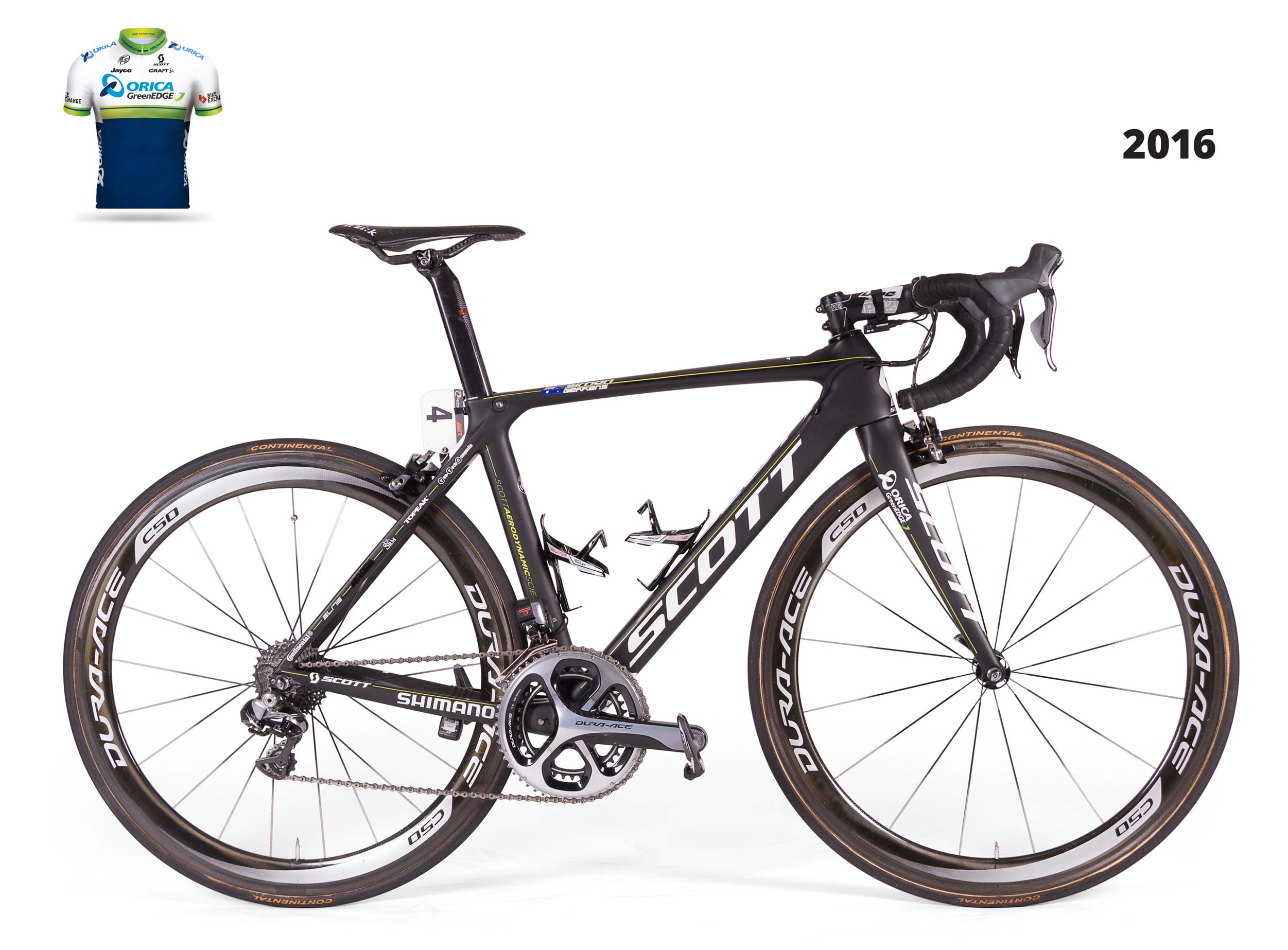 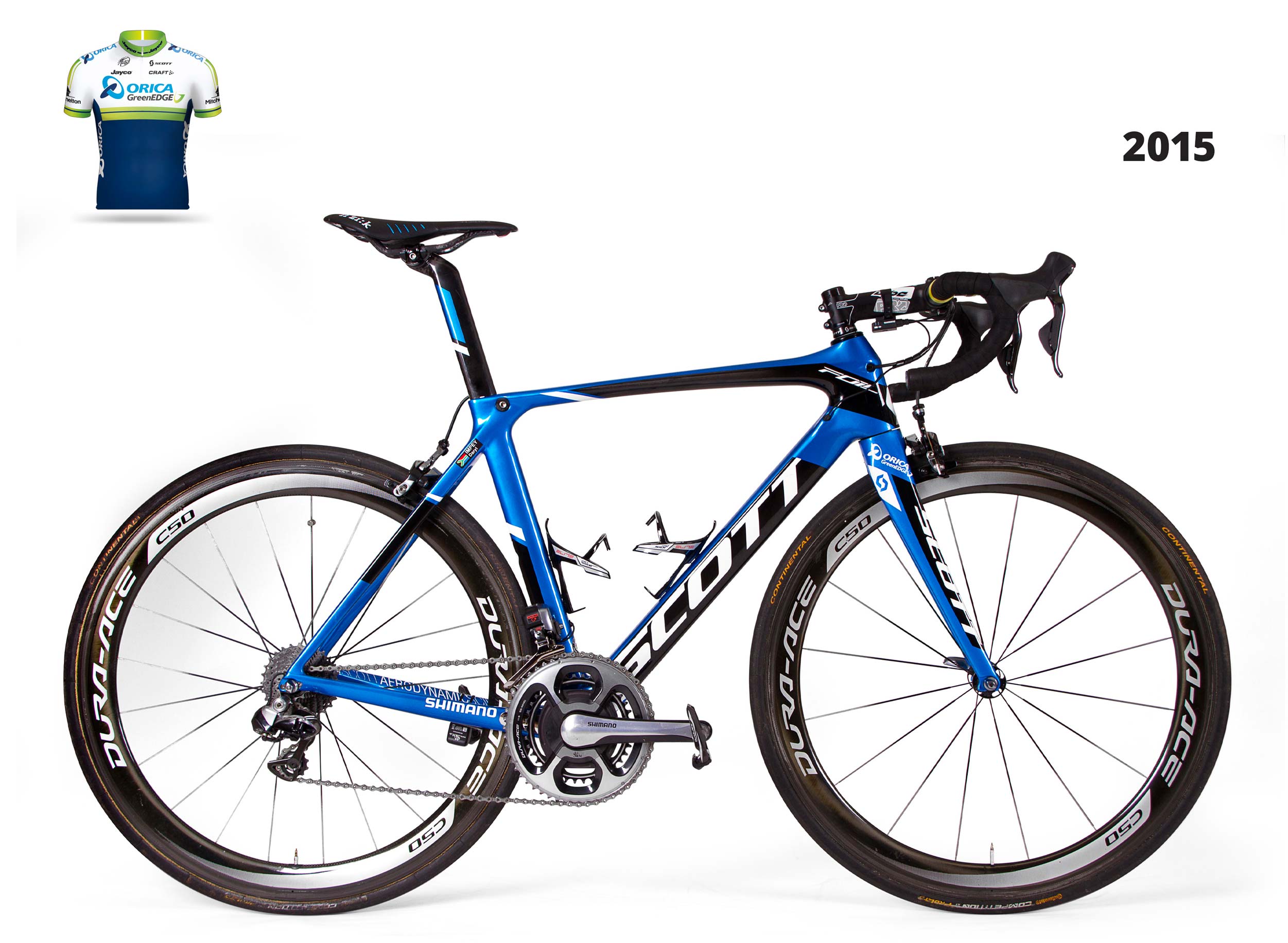 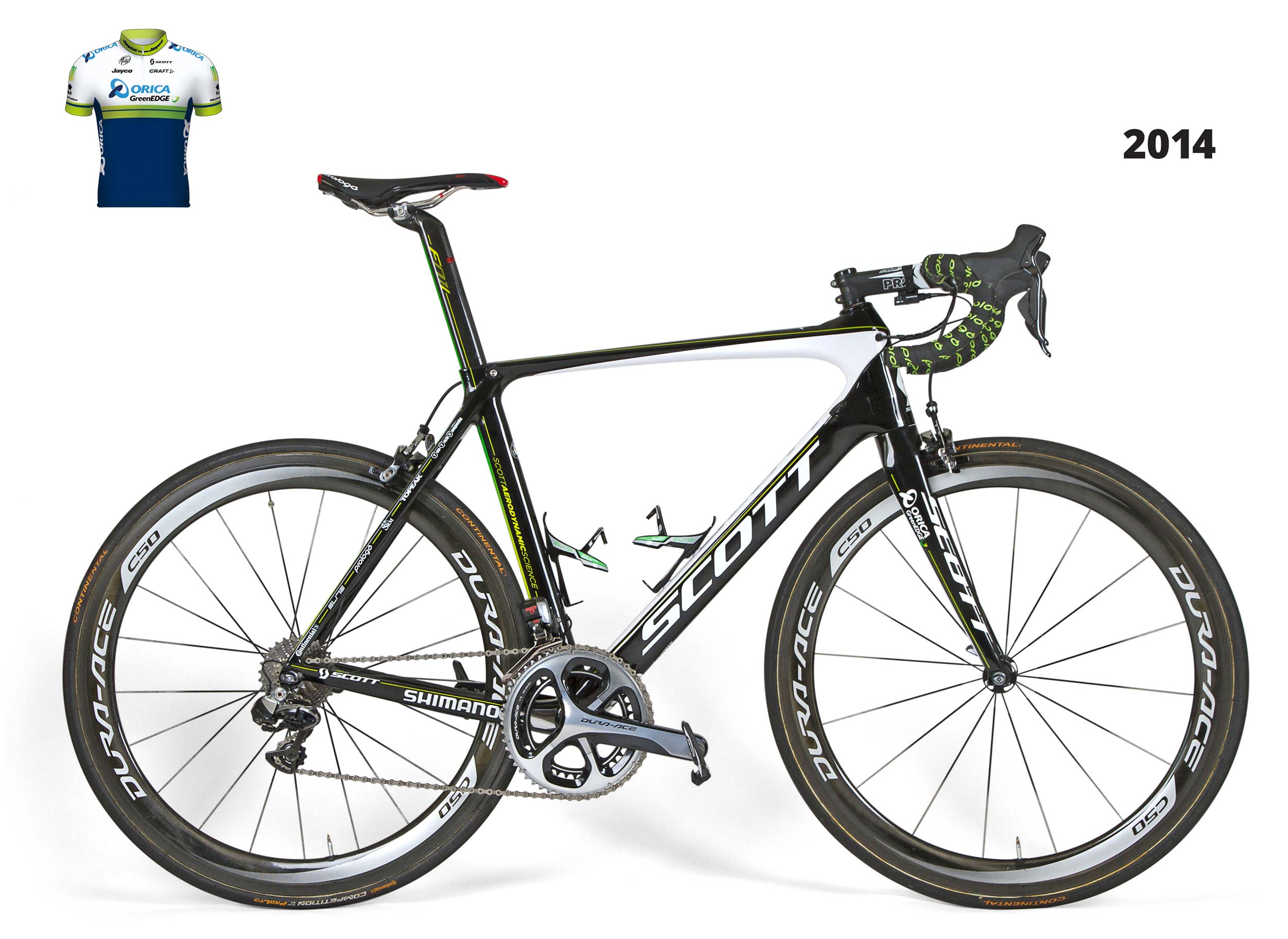 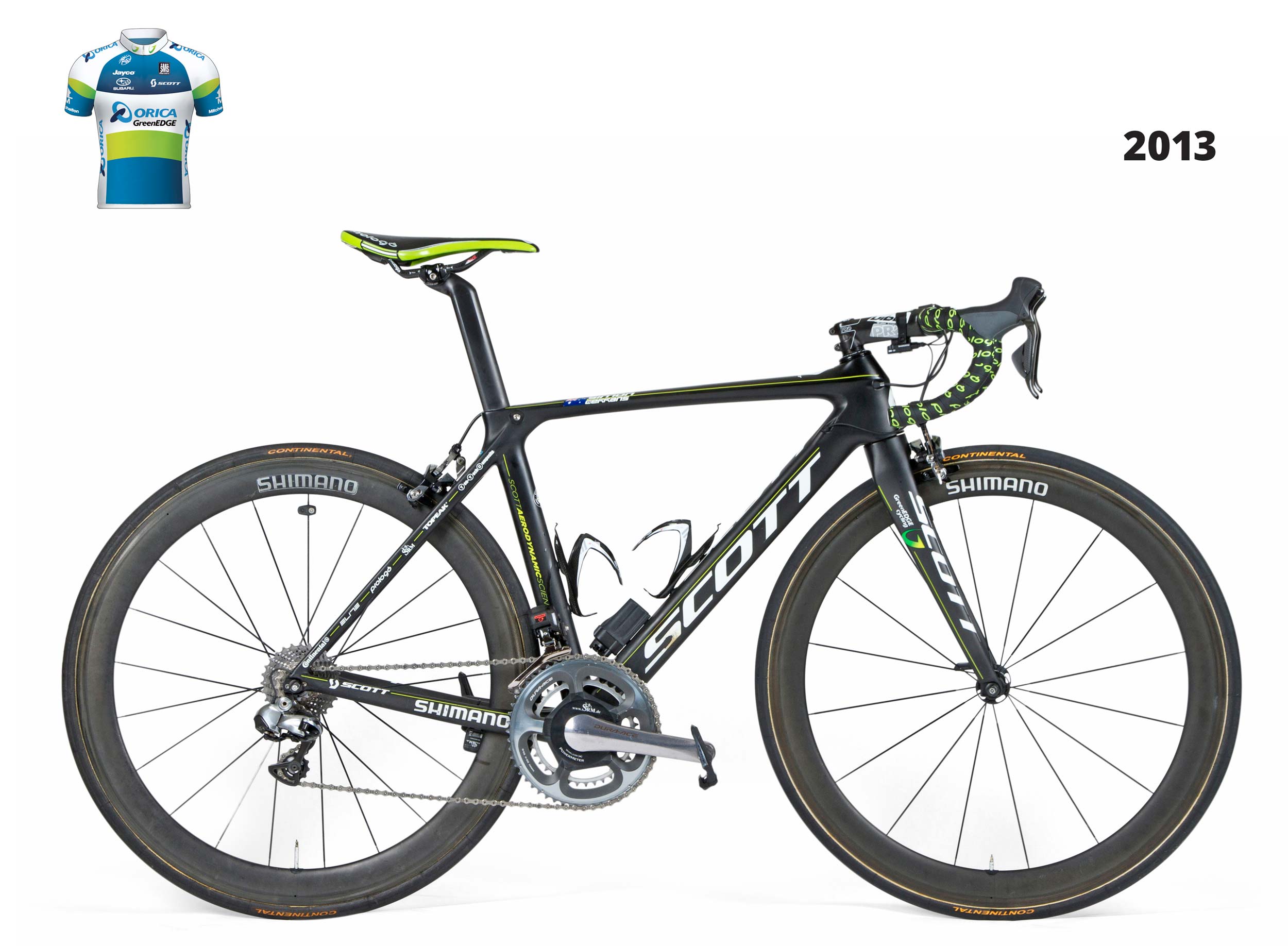 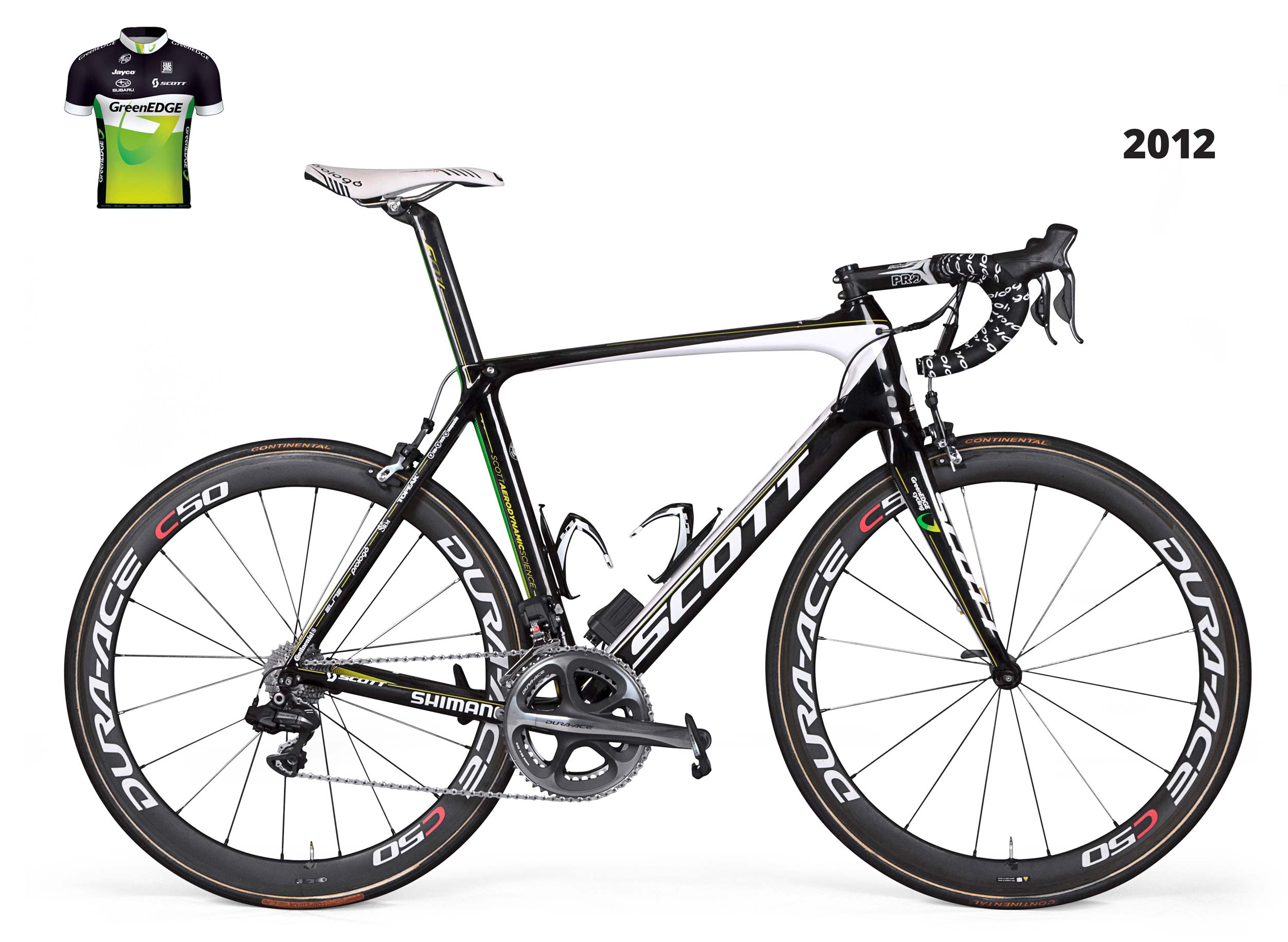