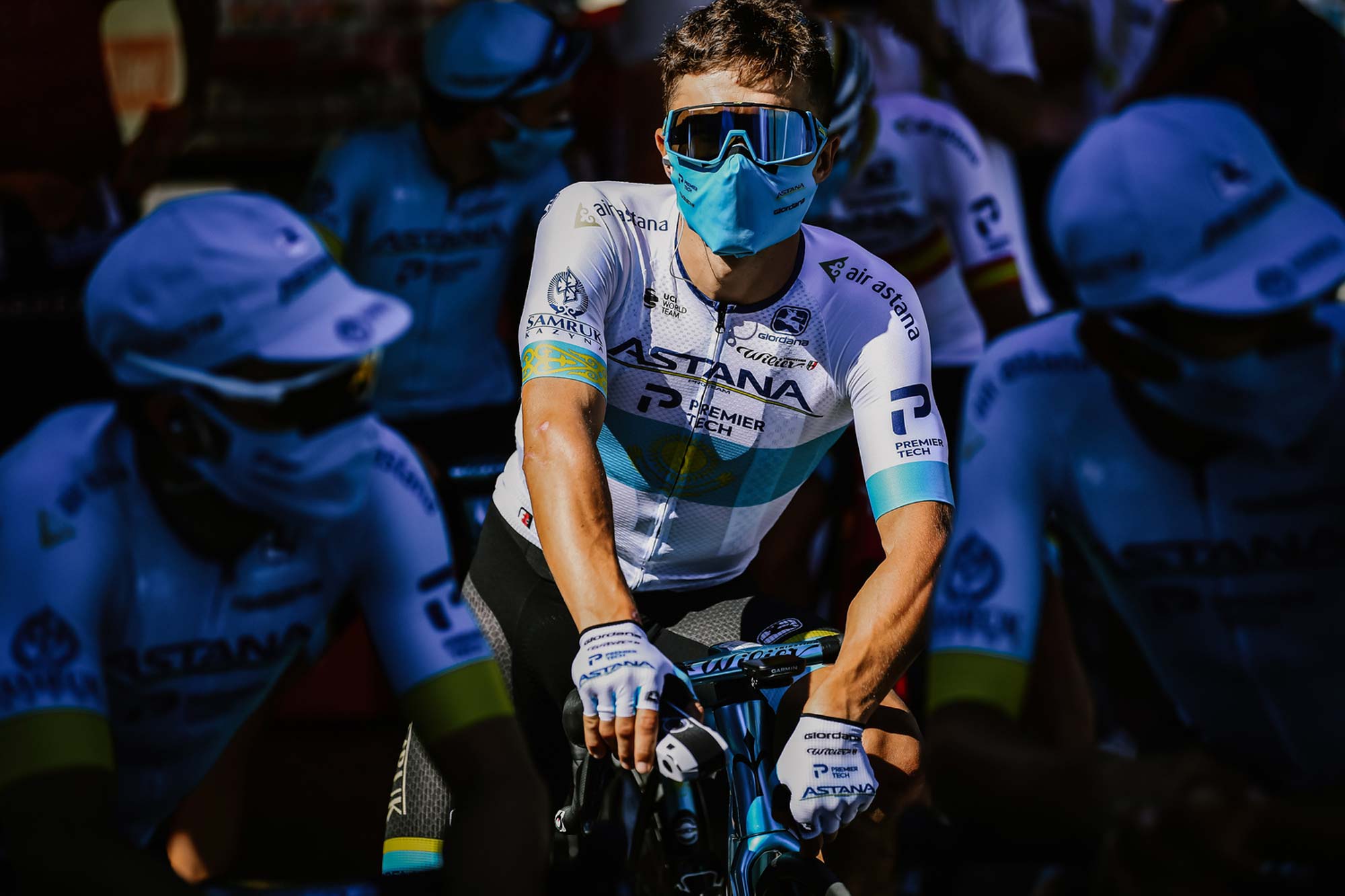 Lutsenko before the start of stage 6 of the 2020 Tour de France… the day he would breakaway and earn a victory for Astana. (Photo: Pauline Ballet, ASO)

Alexey Lutsenko ensured that the Wilier bike of his Astana team got plenty of exposure during the sixth stage of the 2020 Tour de France. The Kazakh national champion raced the finale of the stage to Mont Aigoual on his own, eventually earning his first Tour stage win from five starts.

The Wilier demands attention too. With stunning chrome-to-blue and black paintwork on the Zero frame, the latest brand of bike to supply this Kazakh team continues the long Astana tradition of using Corima wheels (now in a disc brake version) and it represents a dramatic change from the previous sponsor, Argon 18.

Since 2012, Astana is the only team other than Sky / Ineos to have won the Tour de France. When Vincenzo Nibali claimed the yellow jersey, he raced a Specalized with Campagnolo (a rare combination) at a time when there there were no Specialized OEM options with Campag… and that remains the case in 2020.

The team uses Shimano Dura-Ace, with a few amendments like oversized pulley wheels by Ceramic Speed on the rear derailleur and Look pedals.

– Below is a sequence of 10 bikes raced by Astana over the years. – 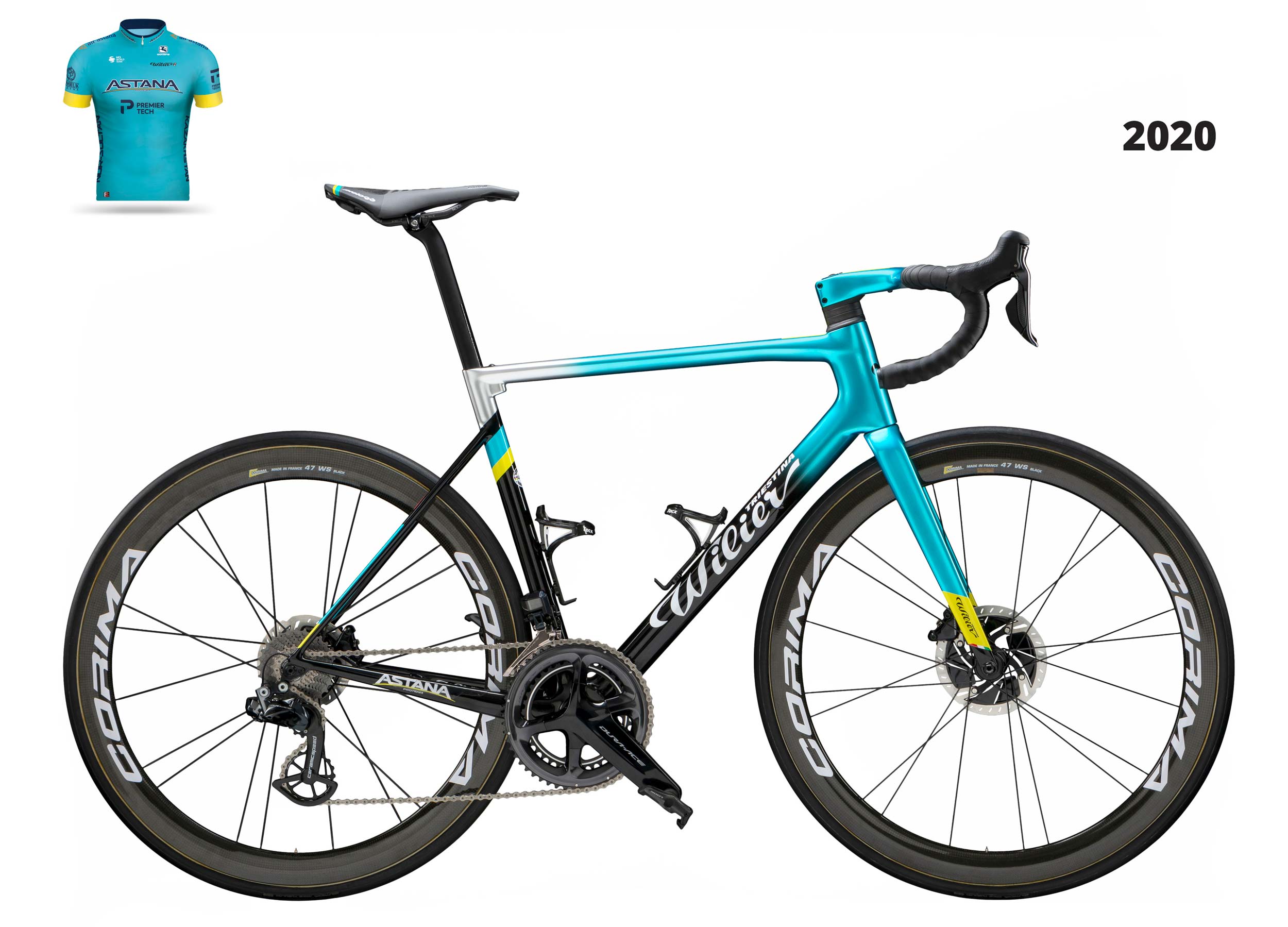 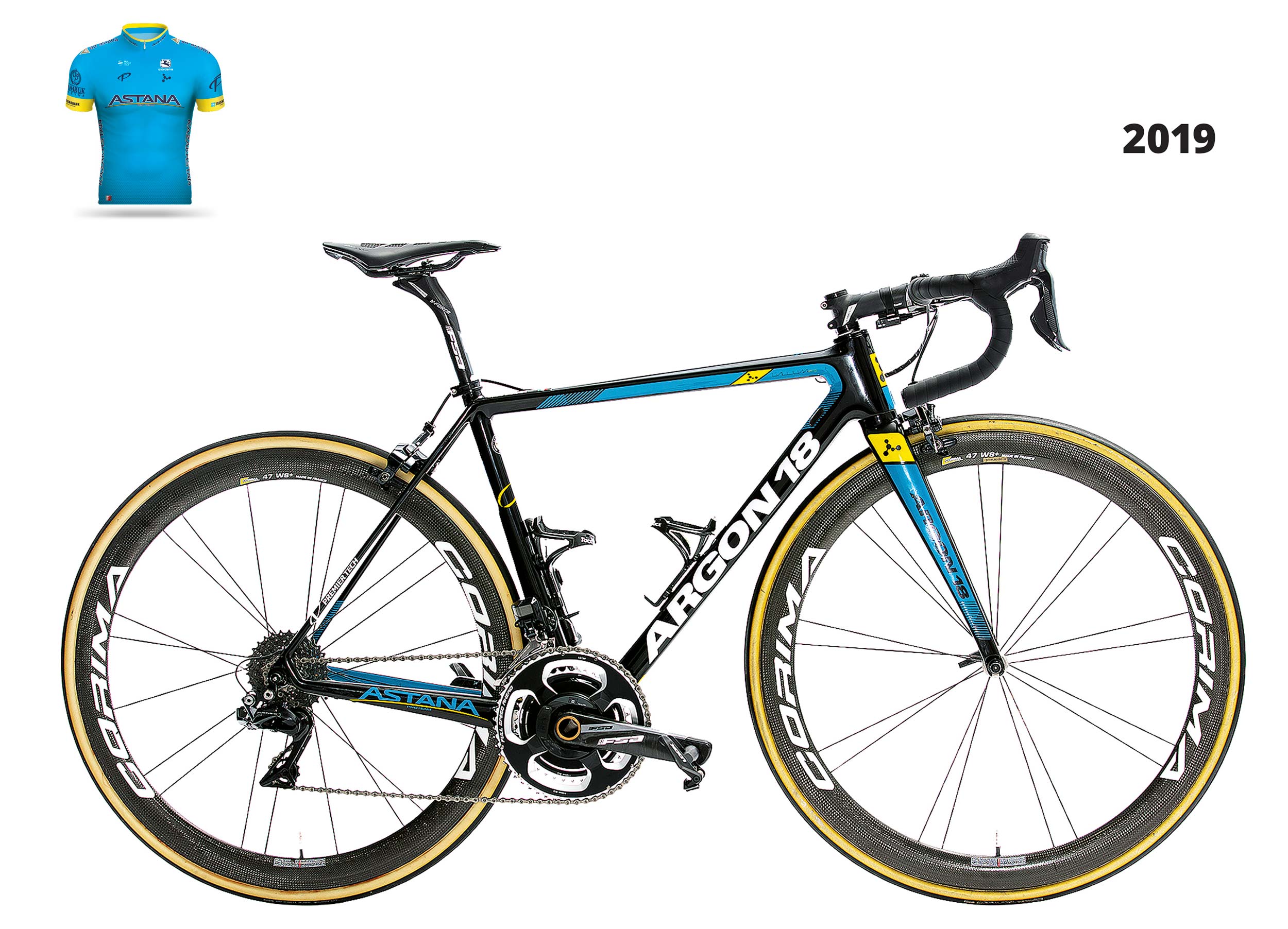 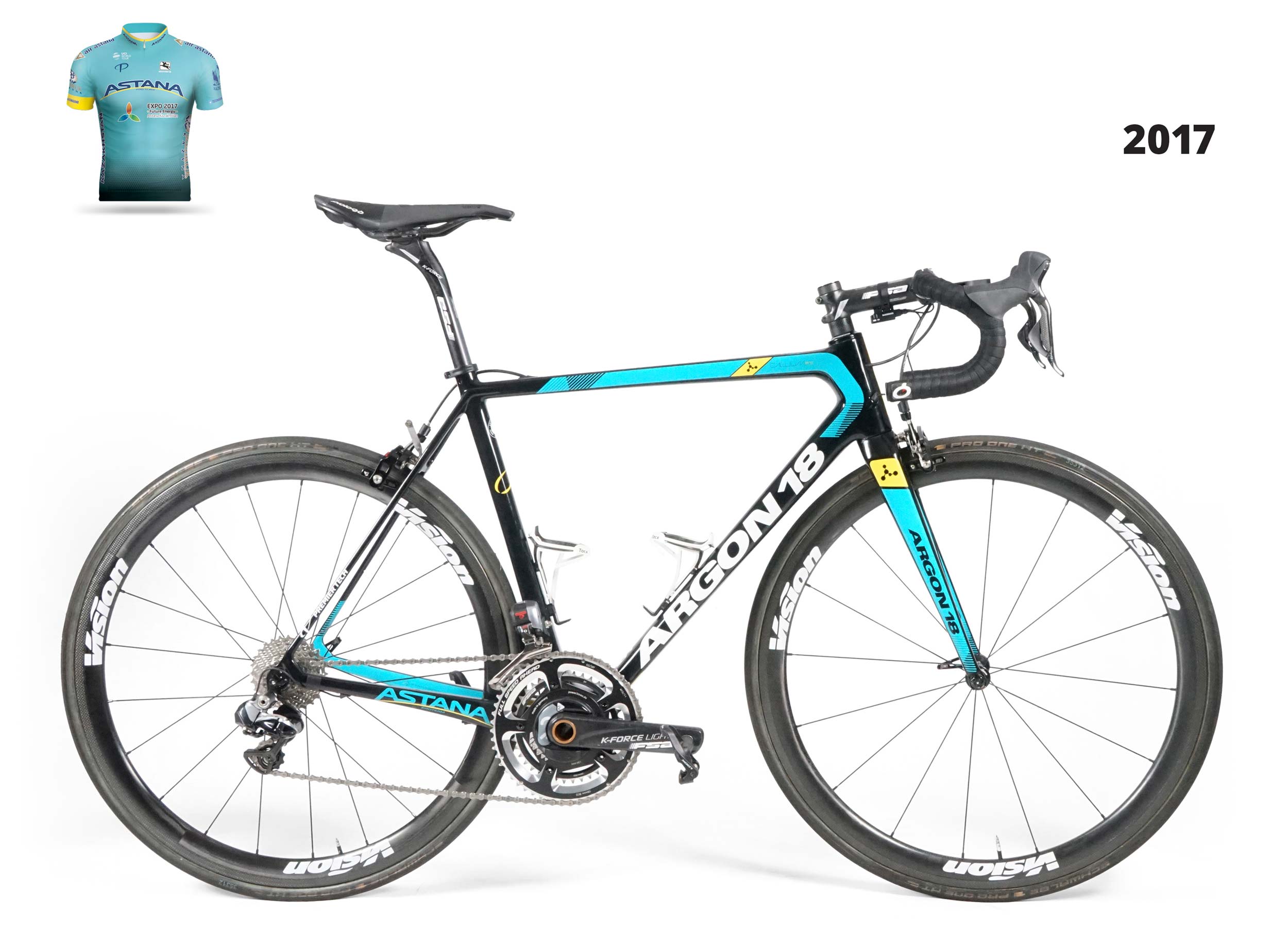 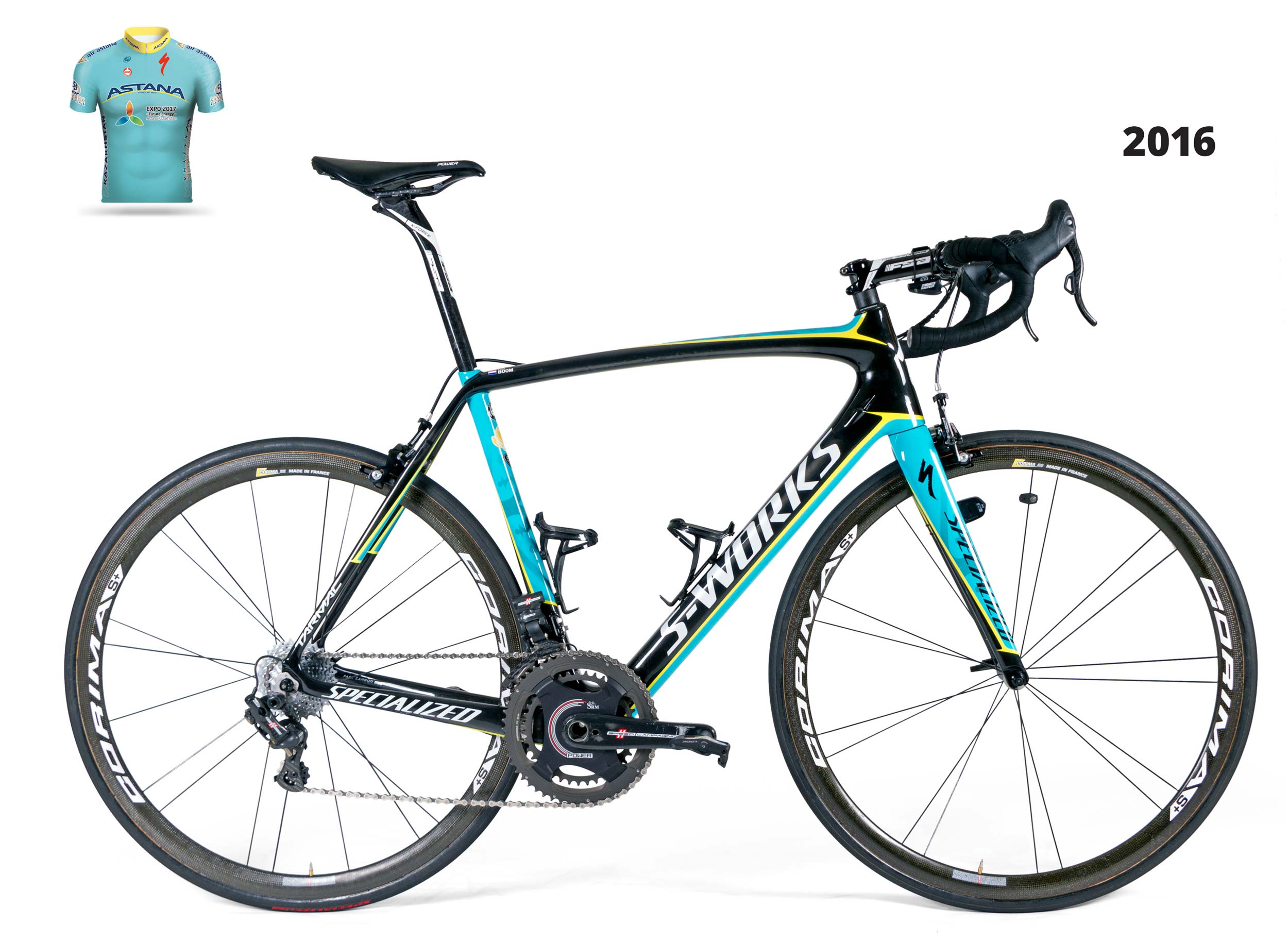 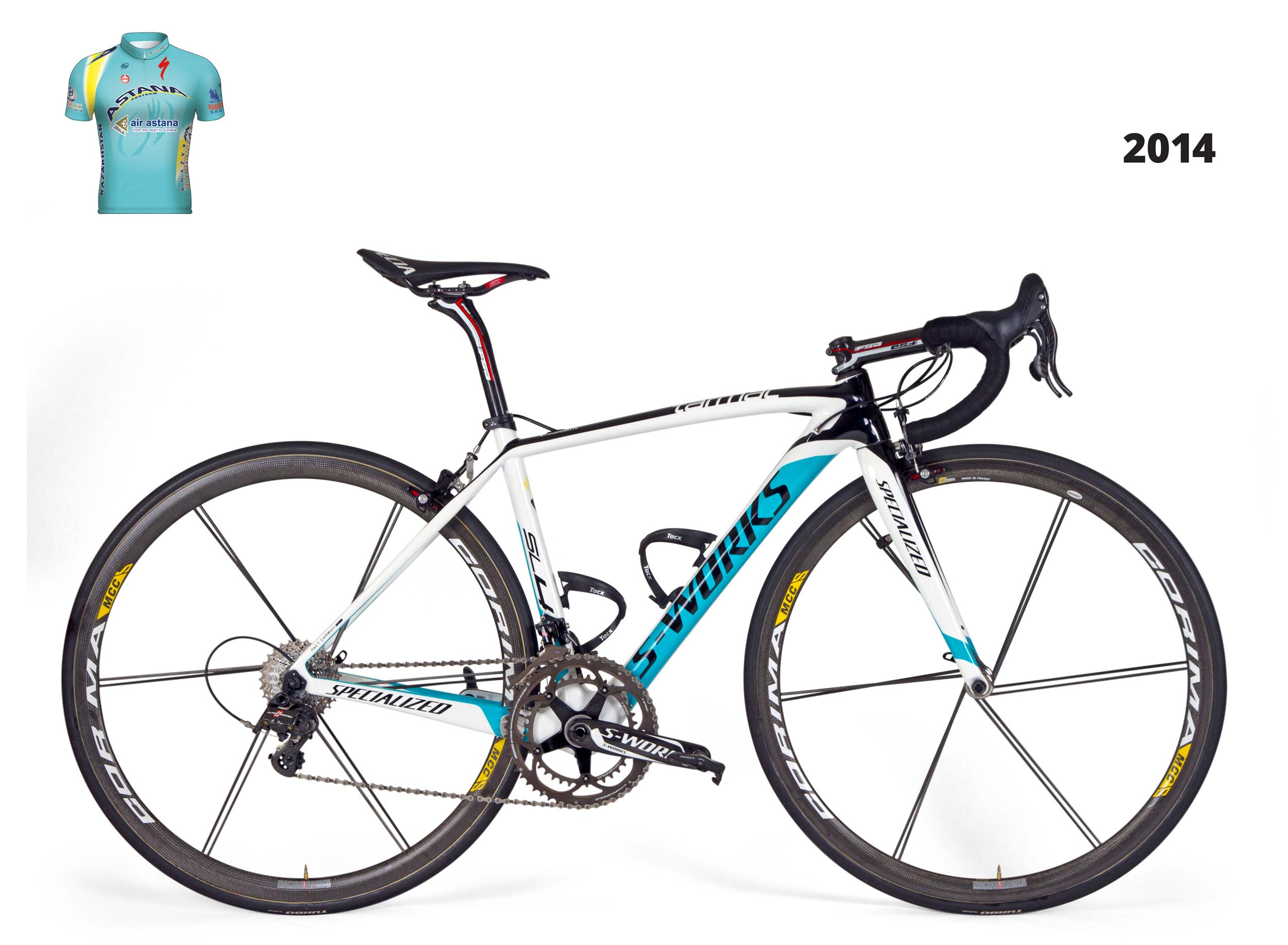 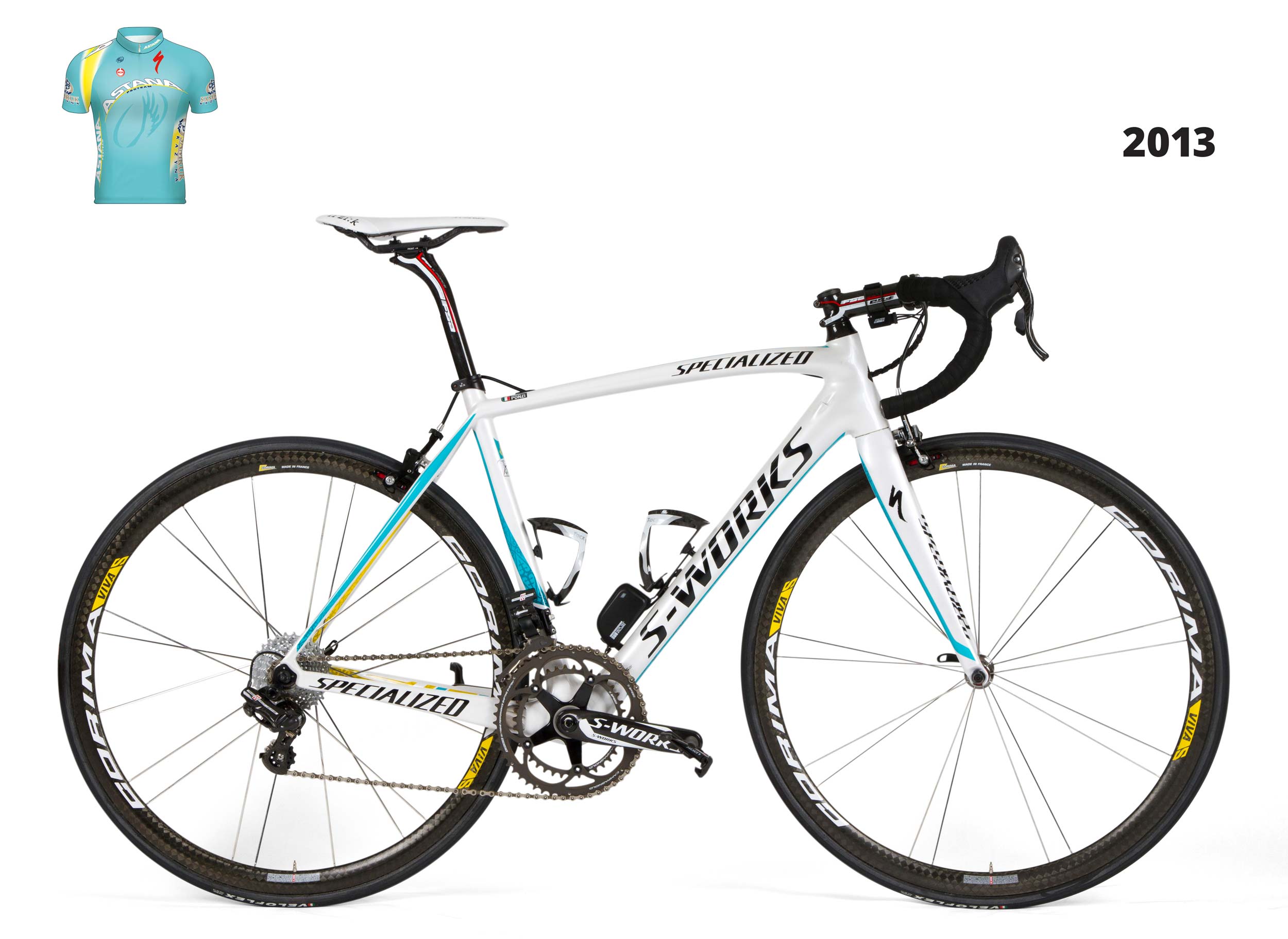 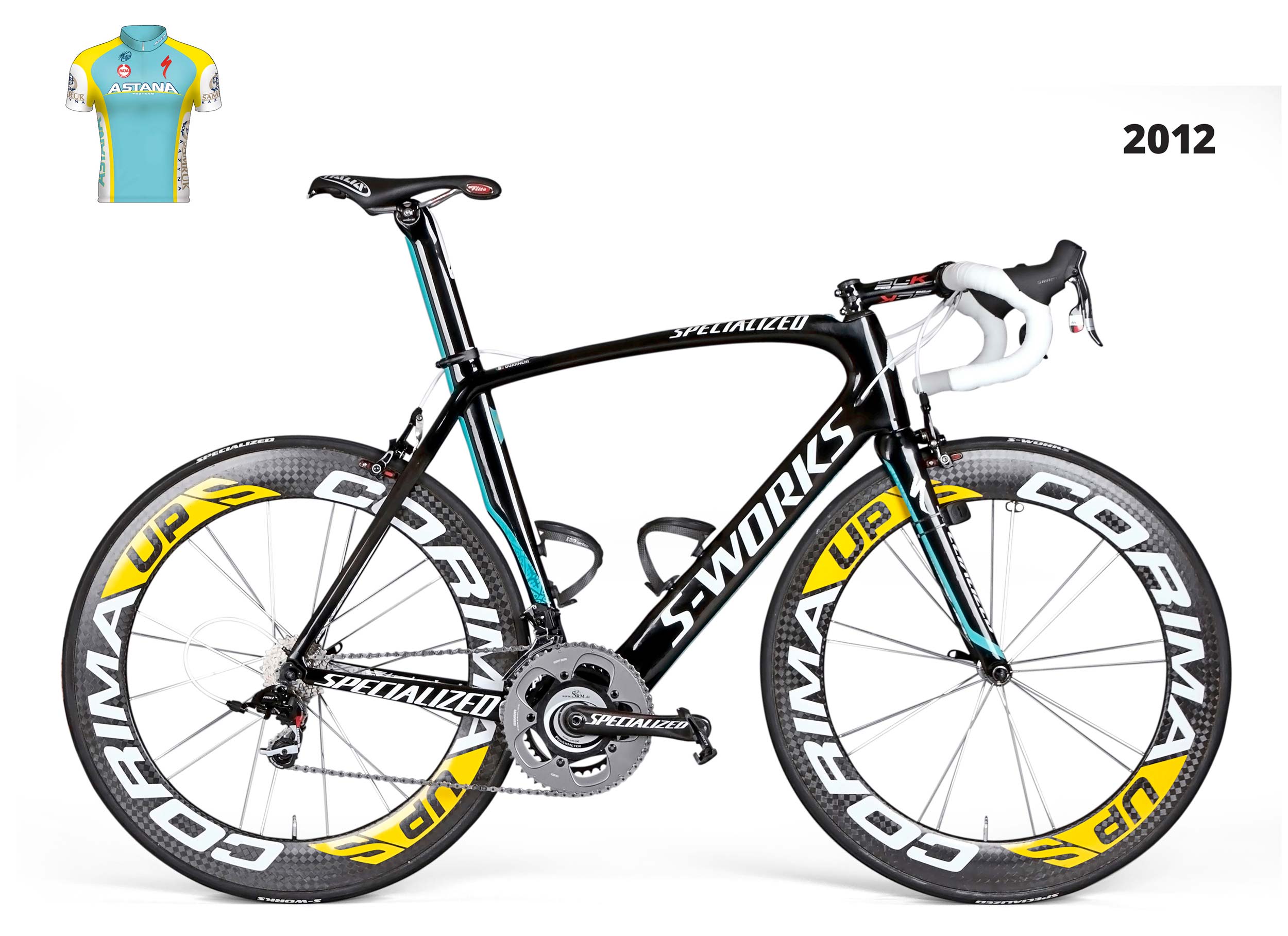 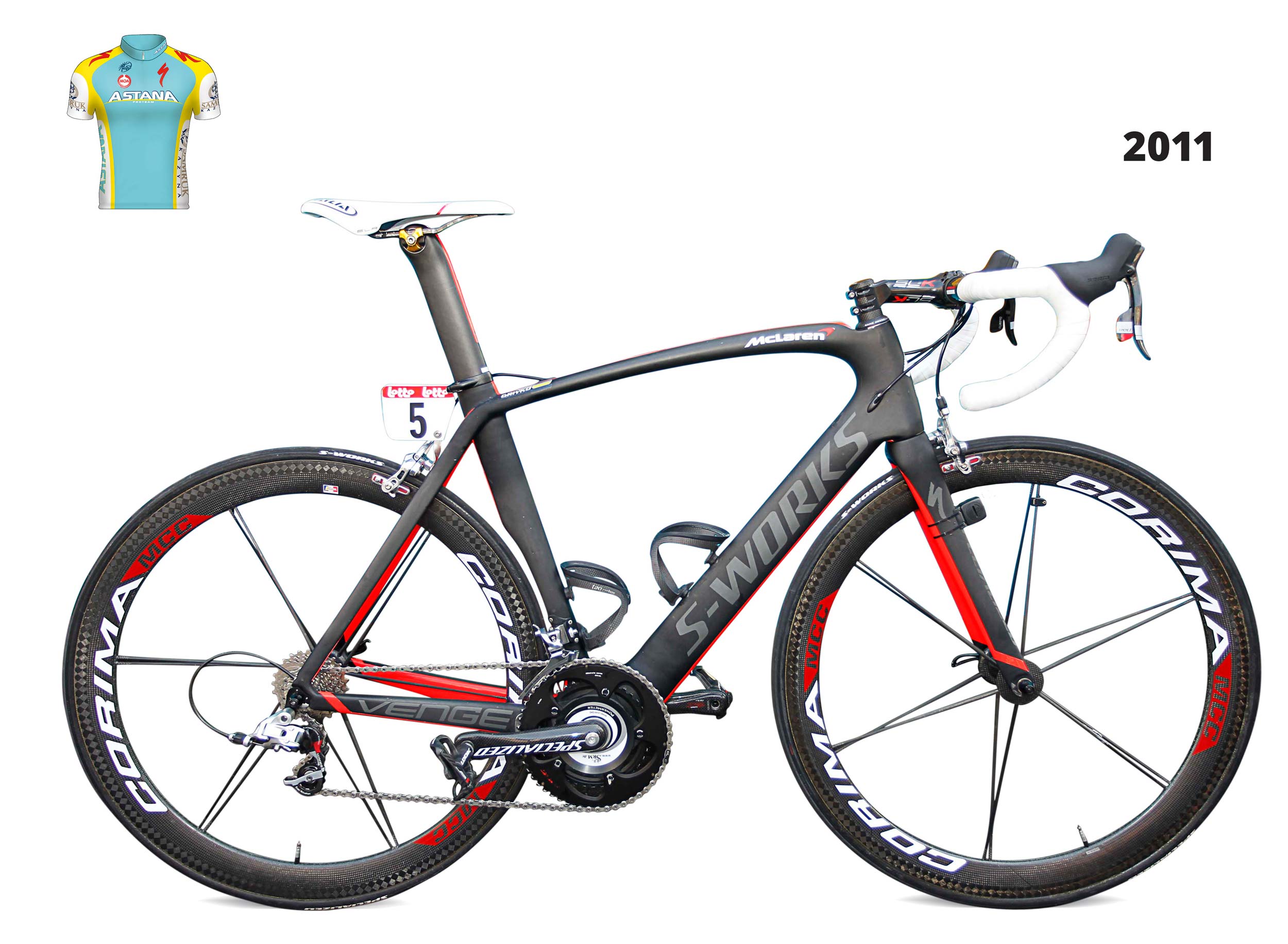