The final Sunday of the 109th Tour de France coincided with the first day of the Tour de France Femmes avec Zwift. Before the men’s peloton arrived on the Parisian street circuit, 144 women lined up for the start of a new era for cycling.

Zac Williams was in Paris for the historic opening stage of the women’s race. This is his gallery from day one of the Tour de France Femmes avec Zwift. 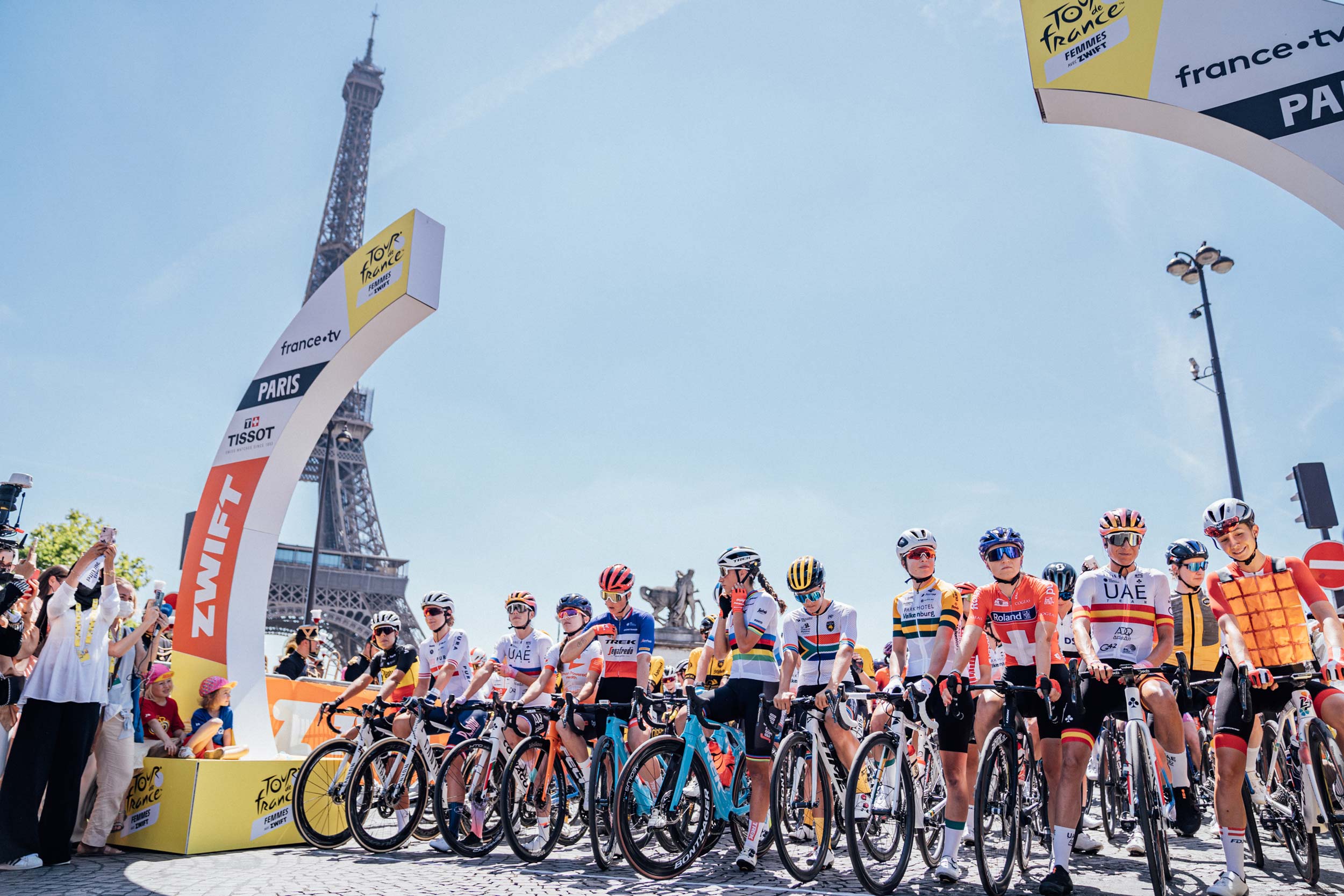 Ellen van Dijk, the European champion who would lead the peloton onto the finishing straight for the sprint at the end of the 81.7km race in Paris, was also on the front row of the ‘grid’ in a showcase of a quality field that has assembled for the #TDFF.

It’s an exciting time for cycling and although one race finished yesterday, another has just begun. 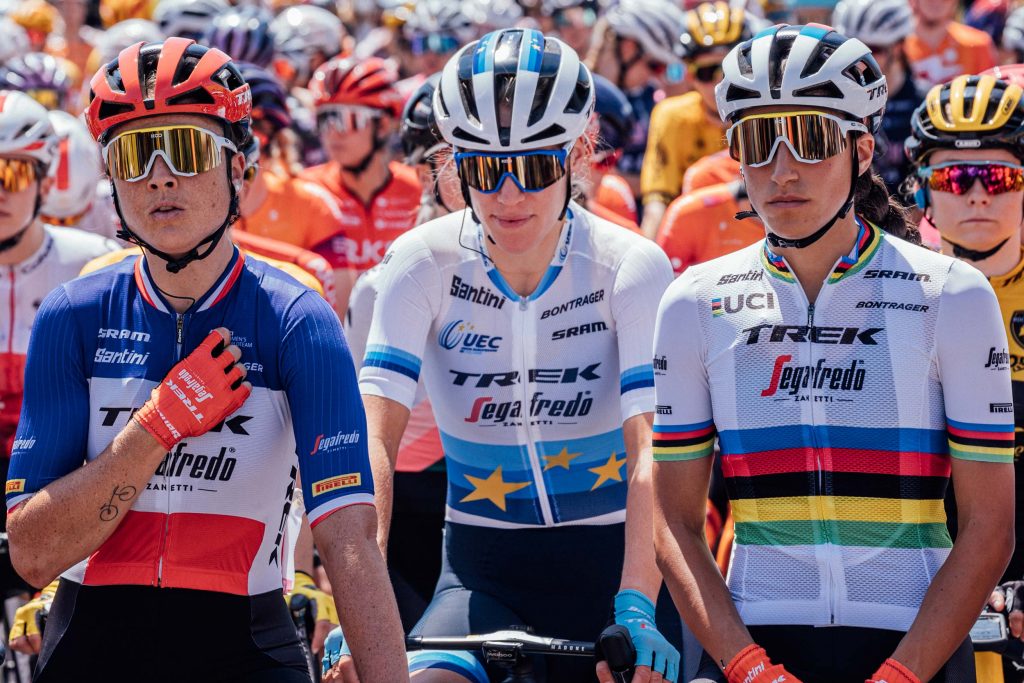 As expected, the opening stage of the women’s race came down to a sprint and – as has been something of a tradition for the past 15 years – Marianne Vos was in the hunt for victory. The Dutchwoman claimed first-place in the first of two intermediate sprints on the Hauts des Champs, and although she insists she isn’t a favourite for the title of the eight-stage race, it is clear that she is in form again this July.

Vos has played a pivotal roll in helping to get this race established, campaigning for greater exposure for women’s cycling when off the bike, and reminding everyone of her immensely versatile talents every time she competes.

On day one of the Tour de France Femmes avec Zwift, however, the 35-year-old from the Jumbo-Visma team had no answer to the punishing sprint of her compatriot Lorena Wiebes of Team DSM.

In the end, it was a drag race on cobbles of the Champs-Élysées between Vos and Wiebes and the younger of the pair powered into the lead in the dying metres of what had been an animated race. 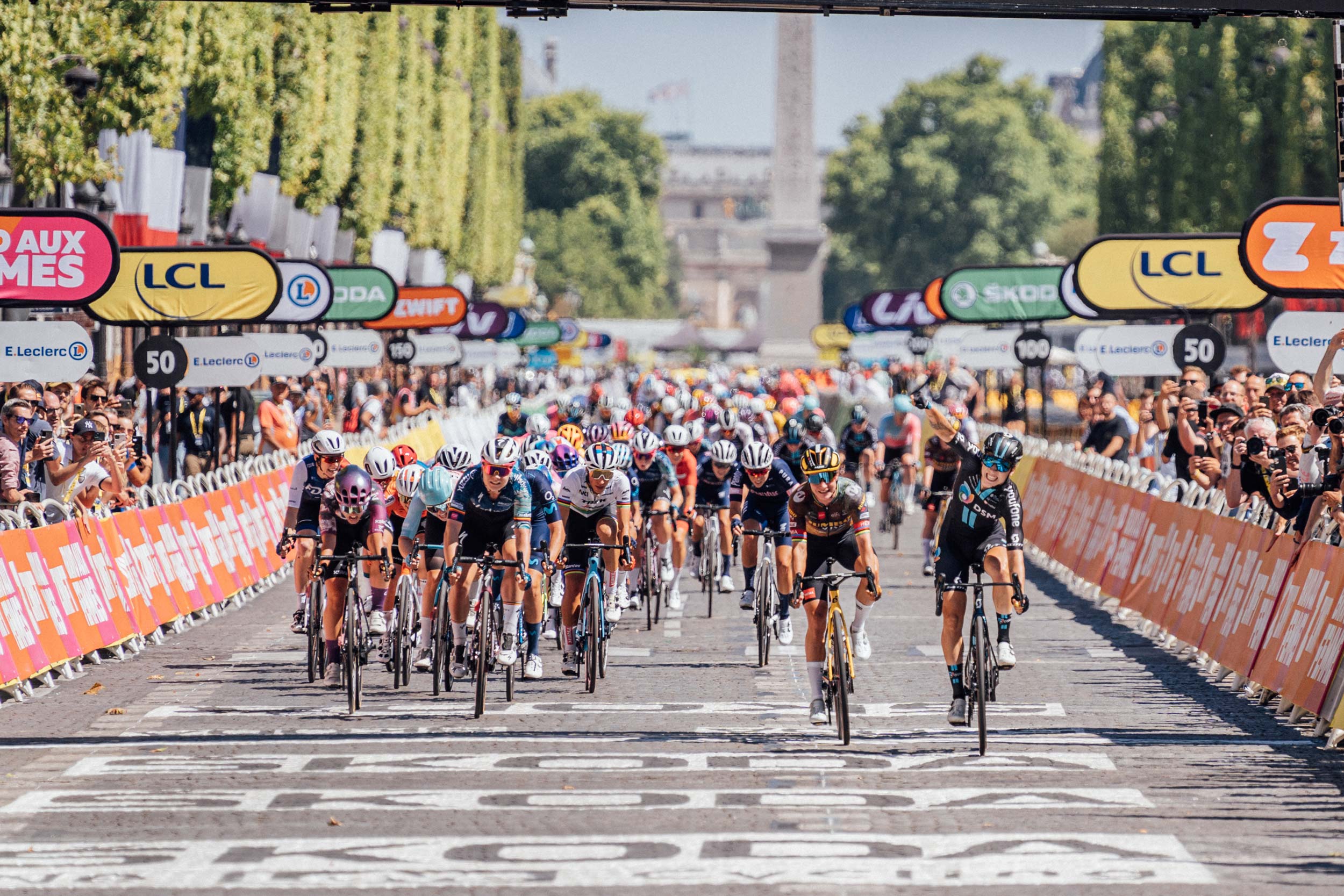 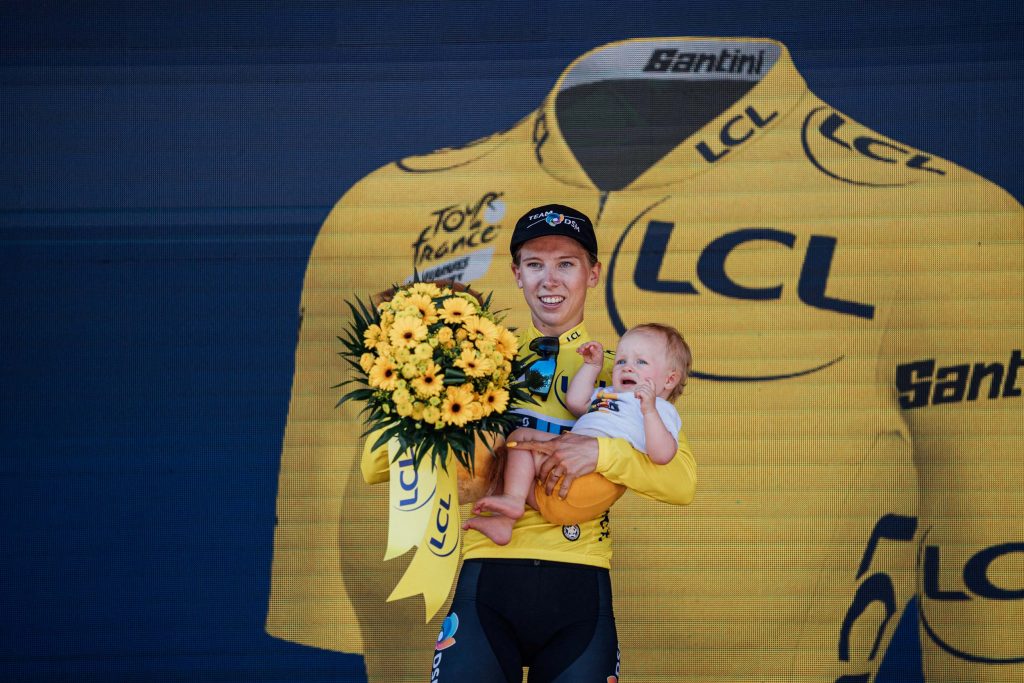 On the podium, on the yellow jersey… and with some young company, the baby of a friend.

It is the 15th win for Wiebes this year (not including her GC victory of the three-stage Ride London Classic). She is the in-form sprinter of the moment, and a clear favourite for the Parisian stage. The 23-year-old was second to Vos at the first intermediate sprint (after 34.8km of racing), collecting 20 points.

With another 50 points for her stage win, Wiebes also leads the race for the green jersey with 70 points, 10 more than Kopecky (the winner of the second intermediate sprint). 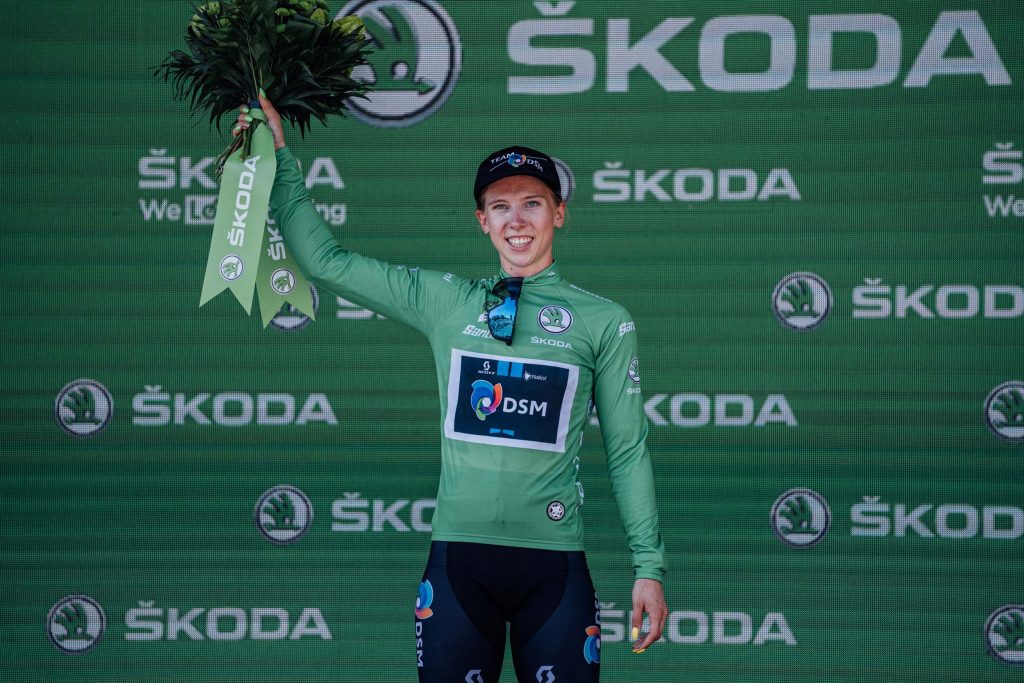 “We expected Marianne would do a long sprint,” said Wiebes about the finish, “but I was able to kick once more, so it’s nice to win.

“I was quite relaxed before the start, we did everything as normal. We saw it as a normal race. Of course, I was a bit nervous towards the final but I’m really happy to finish it off. It’s special to wear the yellow jersey. I think the whole team deserved this after the amazing season we have already had. We’re ready for the next days now.” 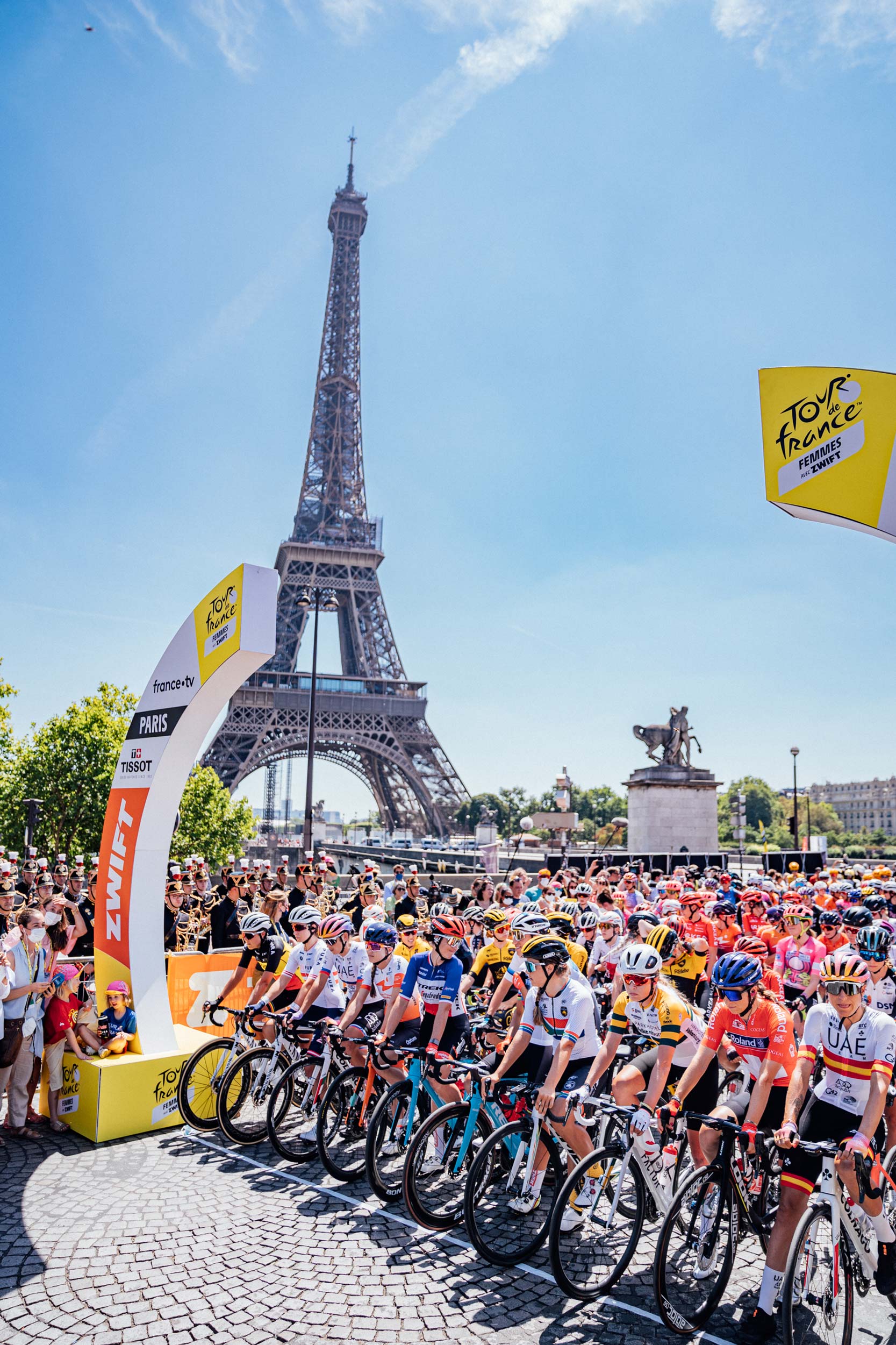 There has been a lot of talk about the Tour de France Femmes avec Zwift being added to the competition calendar and much of it relates to the need for better gender balance in pro cycling. The commitment shown by ASO to create this event, and ensure that it is not just a sideshow to the men’s event is encouraging. And now is the time for cycling fans to show their support, to tune in and watch – and to keep the conversation about the #TDFF, and all it means to our sport, alive.

The crossover of the men’s and women’s races was only for one stage and, the hope was, it would encourage spectators to the roadside in Paris early on the final Sunday of the #TDF2022. Those who did turn up early to watch the women early in the afternoon were treated to aggressive racing and a volley of attacks from the world’s best.

It will be interesting to see what reaction the subsequent stages of the #TDFF get from the public on the roadside, and with TV ratings for an event that boasts live coverage every day.

For now, we salute Wiebes on her success in stage one and look back on what was a great race in the French capital on the day the sun shone on women’s cycling.

Zac Williams, a young photographer from Perth, has been following the Tour since the Grand Départ in Copenhagen at the start of the month. He will continue his journey around France for another week, sending a collection of images from each stage of the Tour de France Femmes avec Zwift. If you like what you see, be sure to share it with friends and offer some comments on our social media pages. 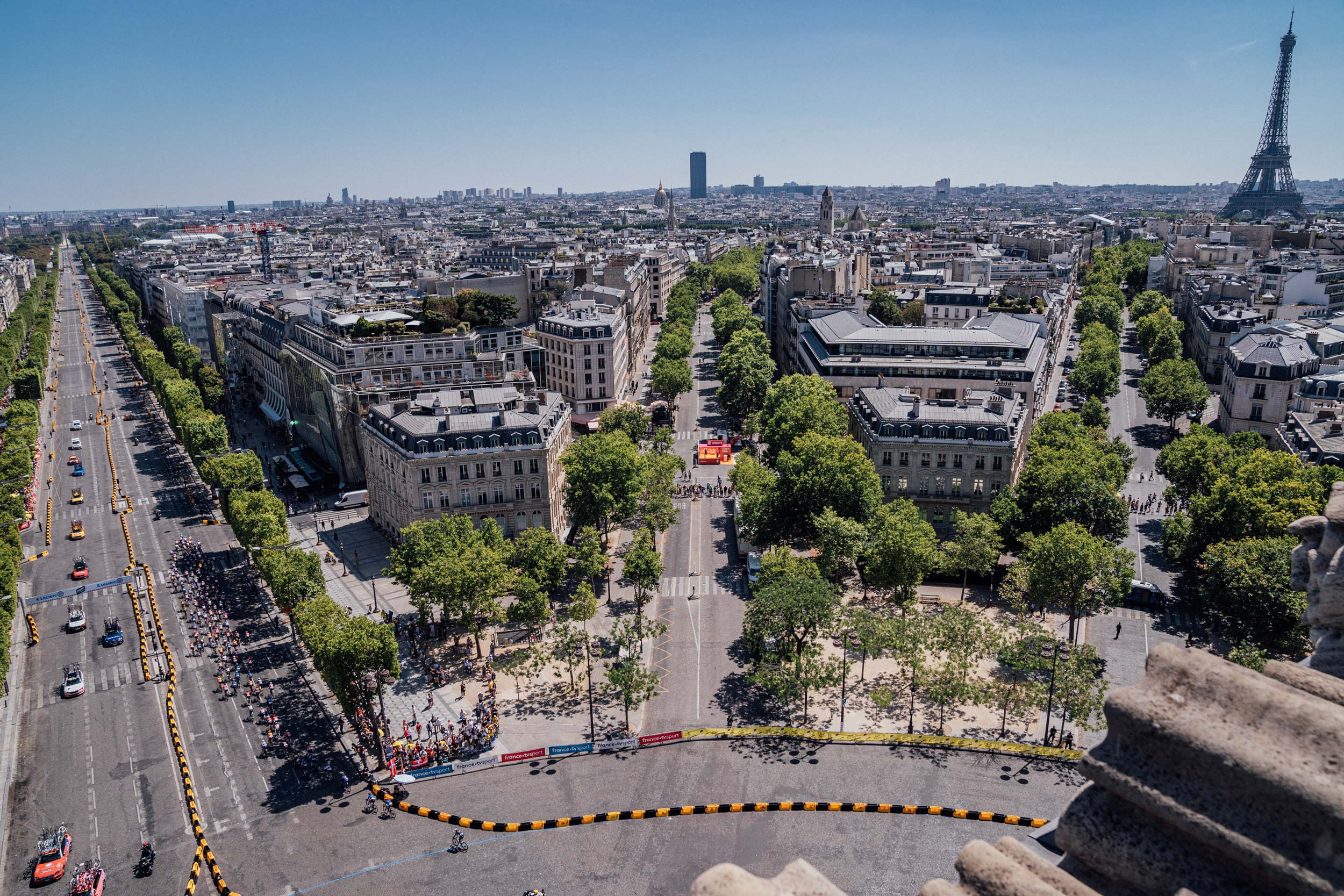 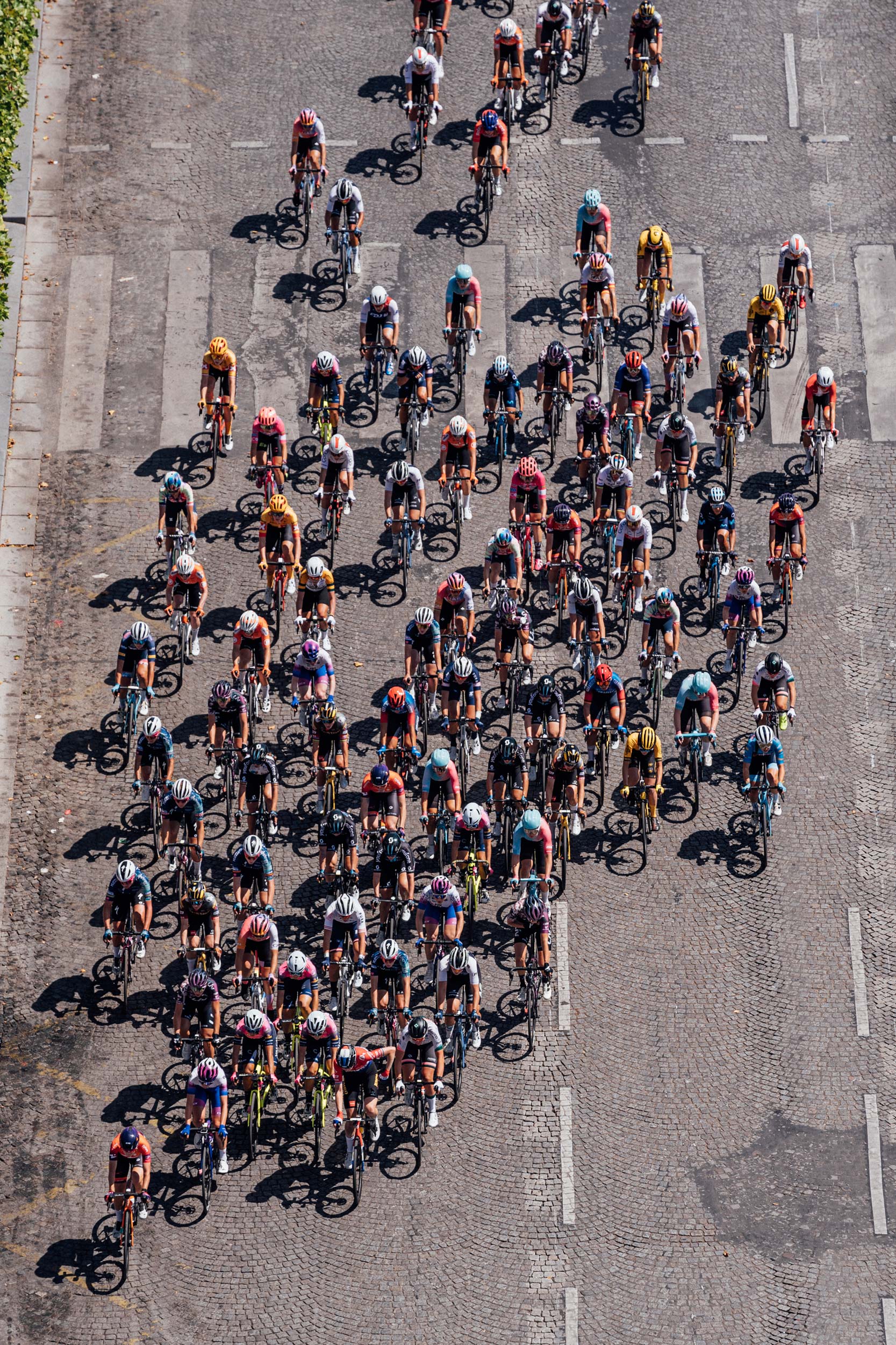 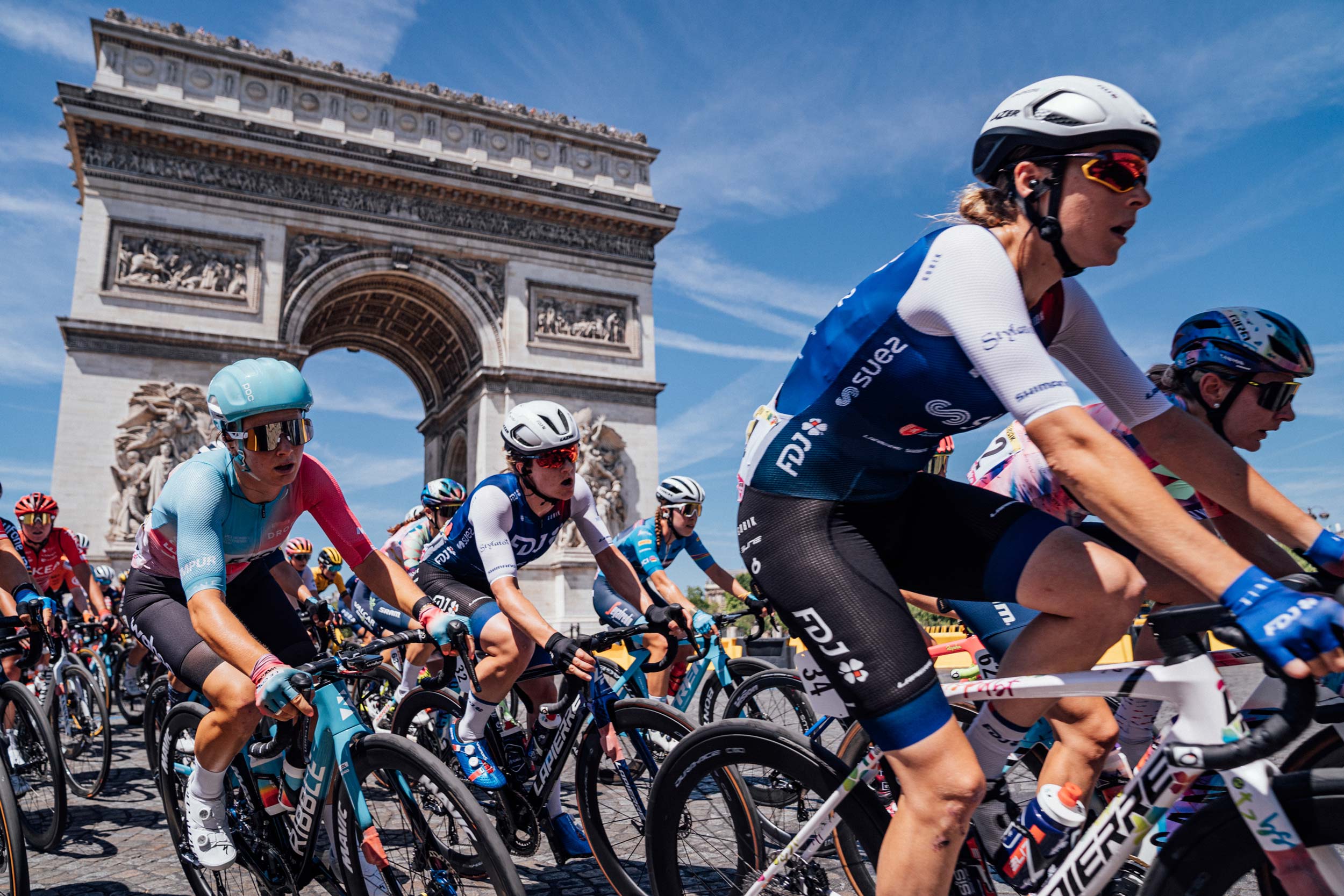 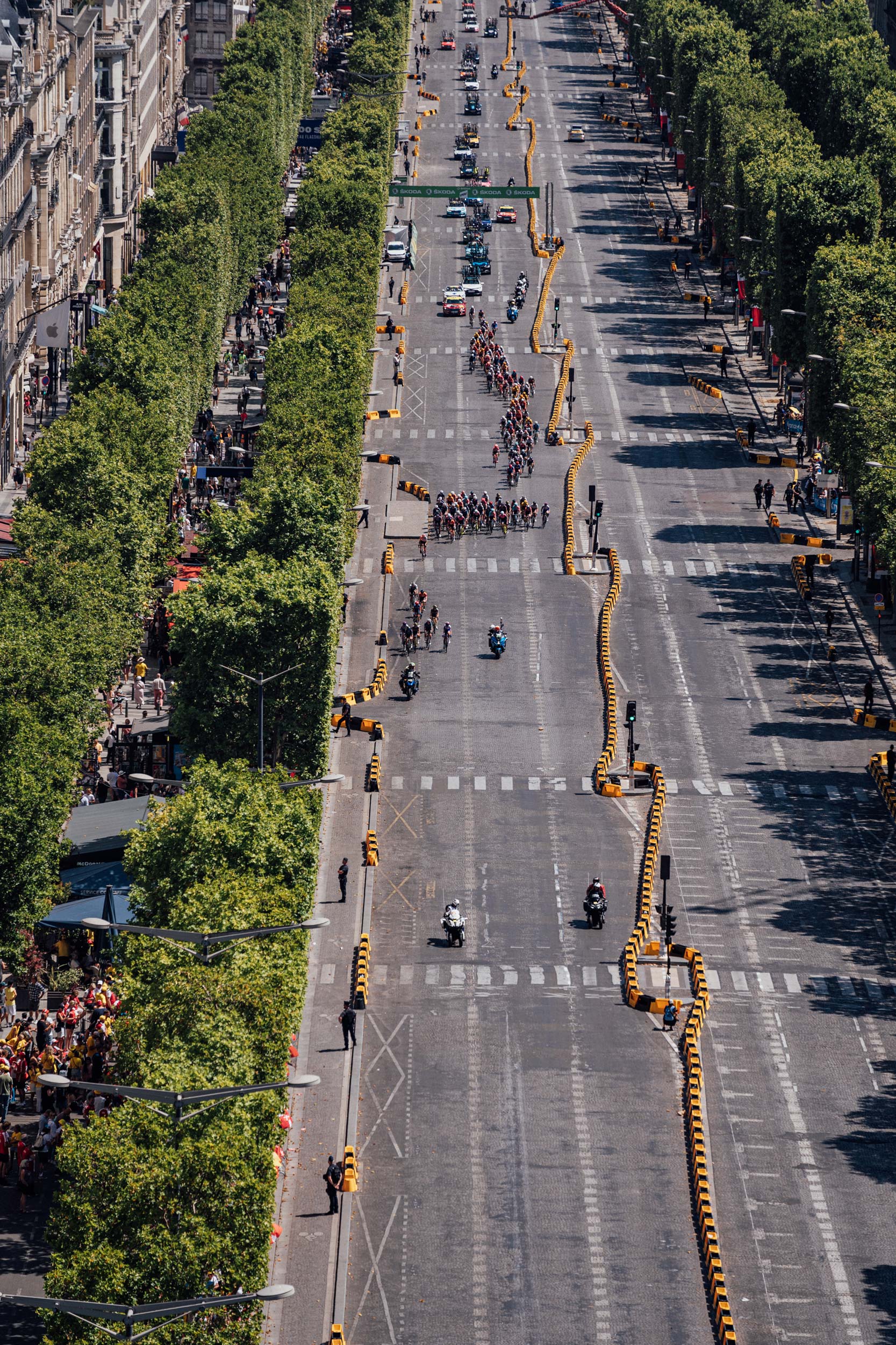 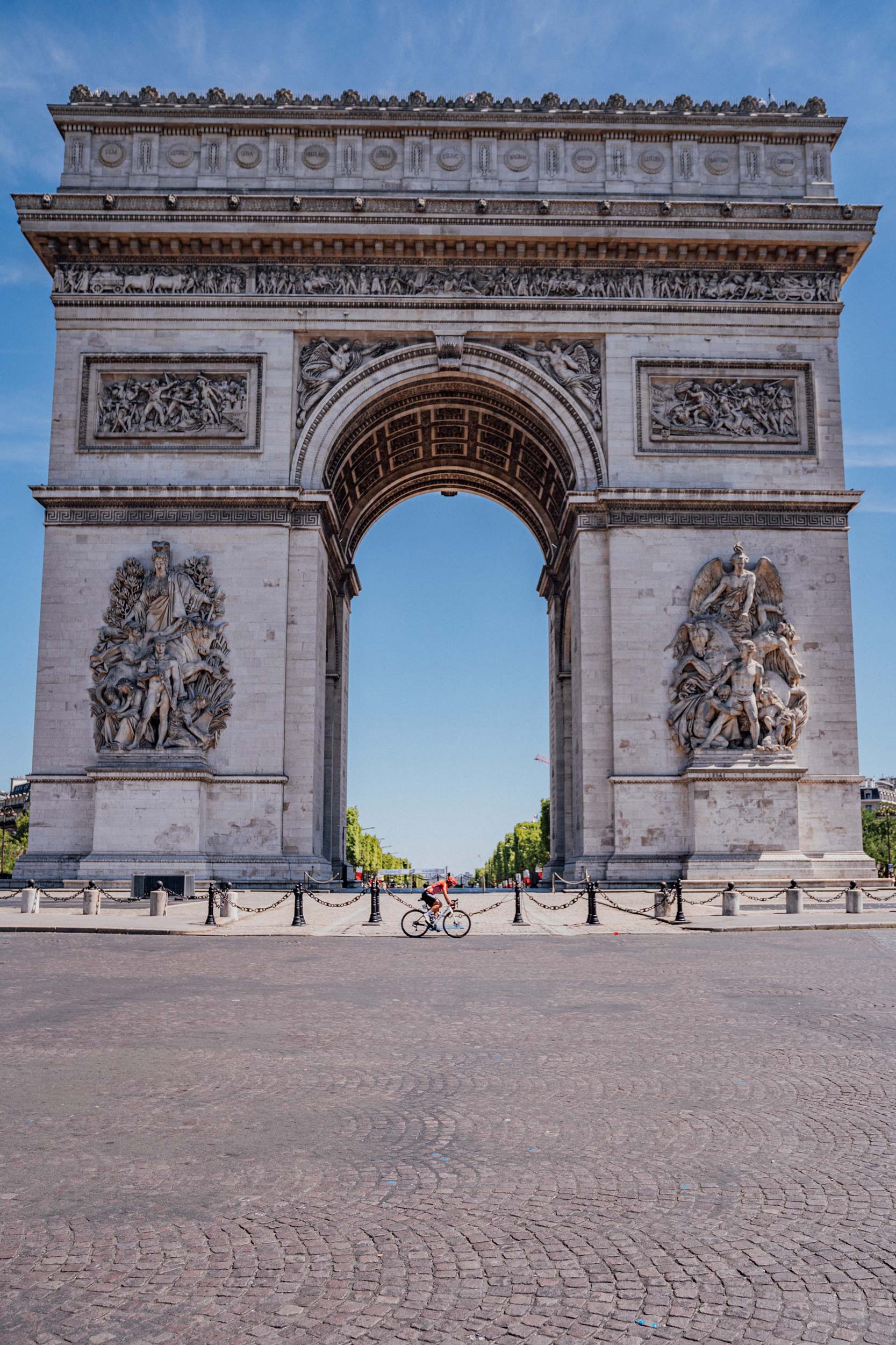 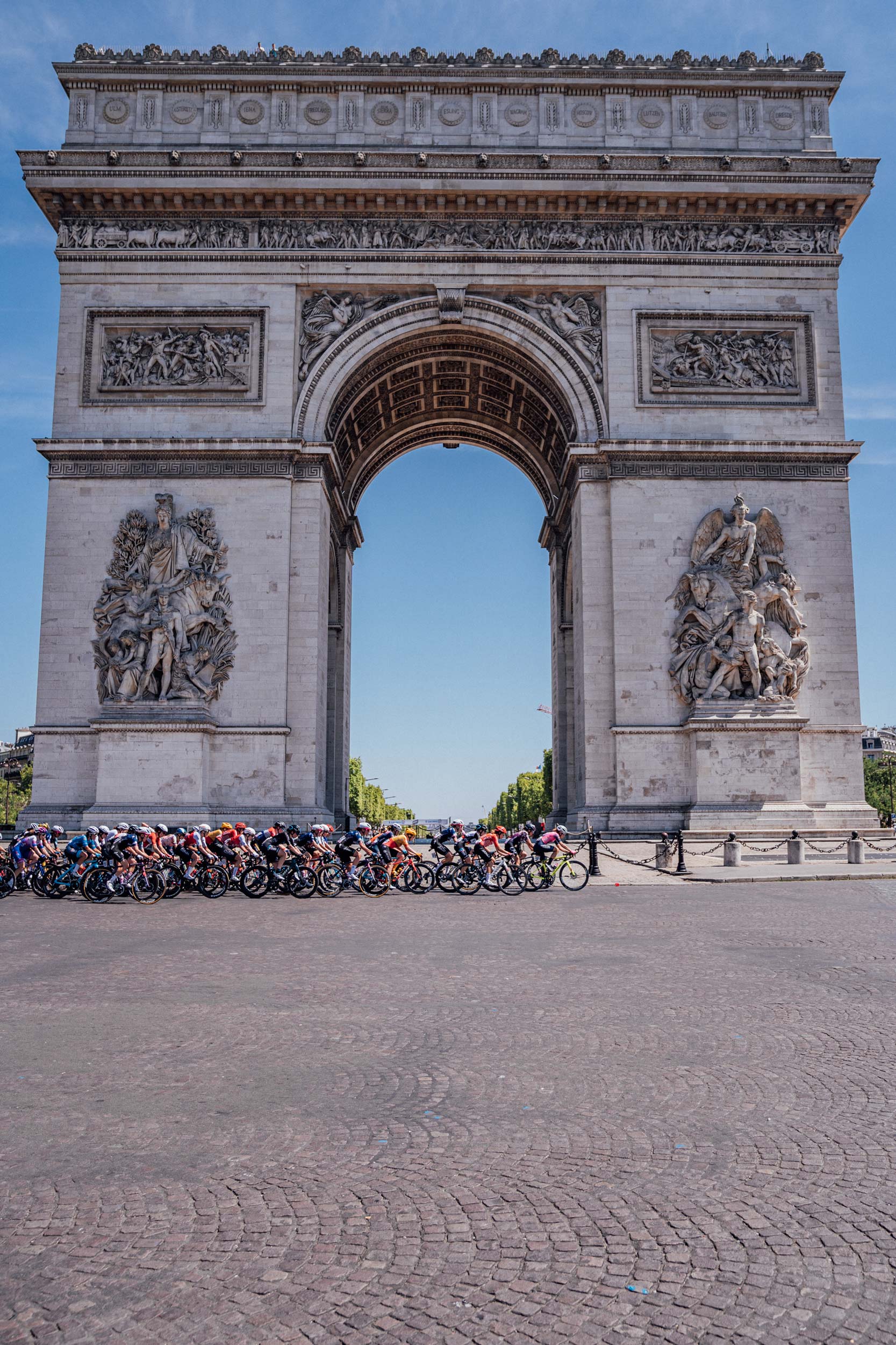