Cecilie Uttrup Ludwig lost time in stage two, hindering her bid for a solid GC result in the TDFF. But she bounced back from misfortune to show her class in a perfectly timed uphill sprint to win stage three in Épernay.

This is the #ZacWilliamsGalleries of stage 3  of the Tour de France Femmes avec Zwift. 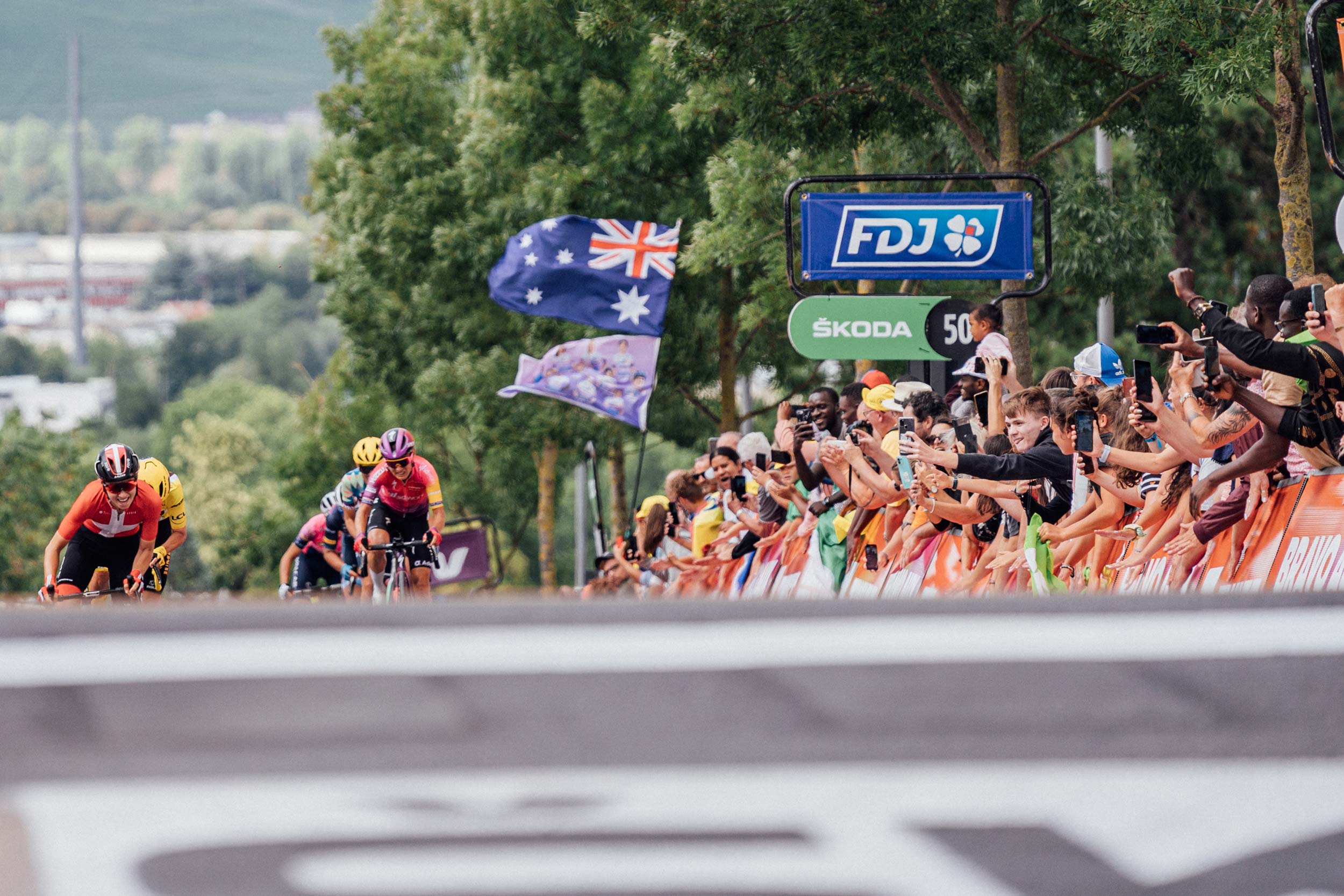 As is so often the case at the end of a bike race, all eyes were on Marianne Vos. The winner of stage two of the Tour de France Femmes avec Zwift and leader of the overall rankings had been distanced earlier in the race in the Champagne region but the Dutchwoman fought back to the lead group when it mattered.

It’s difficult to ignore Vos. She wears the yellow jersey. And she is one of the most recognisable riders in pro cycling. She also tends to be shadowed whenever the finish line looms; everyone knows that if she’s in with a chance of victory, her wheel is the right one to follow if they want to put in a challenge.

Vos seemed in control as they closed in one the finish in Épernay after another eventful stage of the #TDFF which saw one of the title favourites suffer with illness, and another series of crashes on the undulating terrain that saw stage three classified ‘hilly’ rather than ‘flat’.

Then, within the final 100 metres, on the uphill finale, the script was ripped up. Cecilie Uttrup Ludwig had a point to prove. She had to take on the most accomplished rider in the peloton, but the Danish champion sped past the yellow jersey and into the lead. 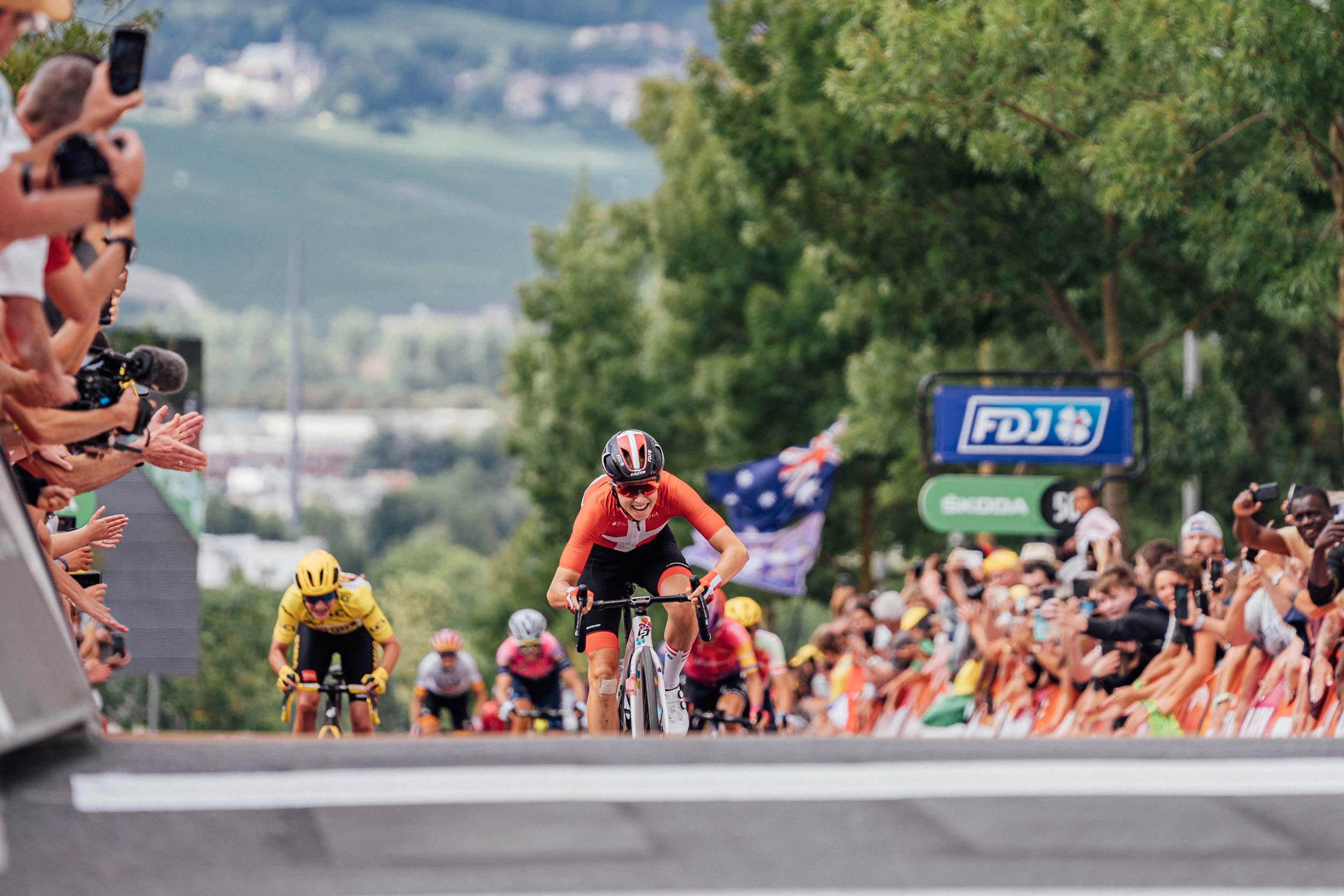 Vos could only watch on as Uttrup Ludwig raced off into the distance. Ahead of the Dutch runner-up, the Dane celebrated. It could have been an even bigger coup if she hadn’t lost time in stage two. The FDJ-Suez-Futuroscope rider had been disappointed by the setback but also said that her bid for victory in the TDFF wasn’t over.

In Épernay we could see why she is listed amongst the title favourites. Uttrup Ludwig can climb hills, she can sprint and she can relish what was done in the final metres of an exciting stage. “I’m sorry,” she says as tears fall and she tries to summarise the emotions that flooded over her after beating Vos by two seconds.

“It feels like such a good comeback. I have to say it was a f—ing shit day yesterday,” continued Uttrup Ludwig, clearly failing to find the right words moments after the finish.

“But I just love how the team kept the fighting spirit. We knew that today was a super day and that if I had the legs I could go for the win. But to actually do it and be a Tour de France stage winner… in this jersey… oh my god, it doesn’t get better.

“Actually I didn’t come into the last kilometre in the best position but I just kept fighting. Victory man! This is for the team – they did such a good job yesterday and they kept believing in me.” 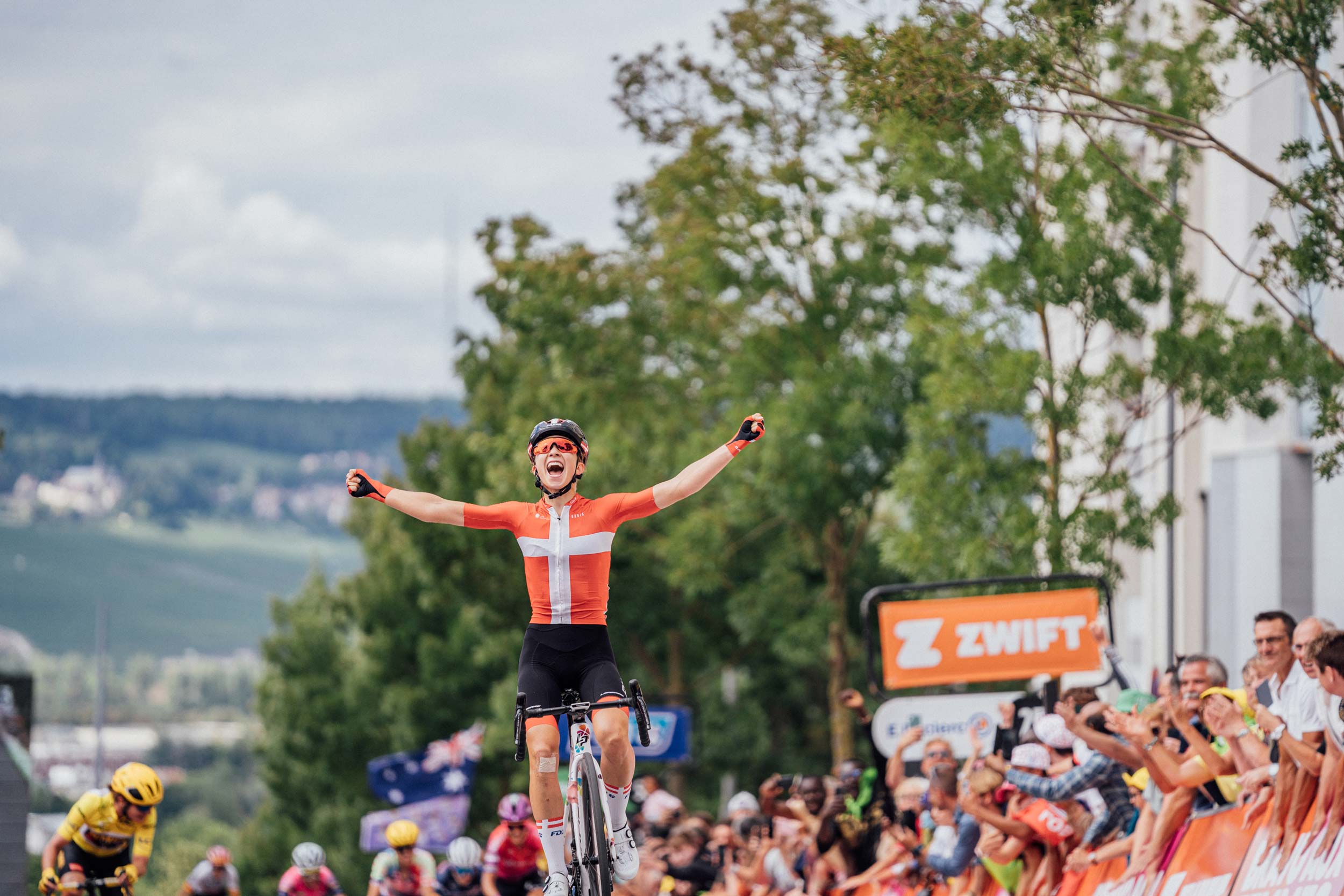 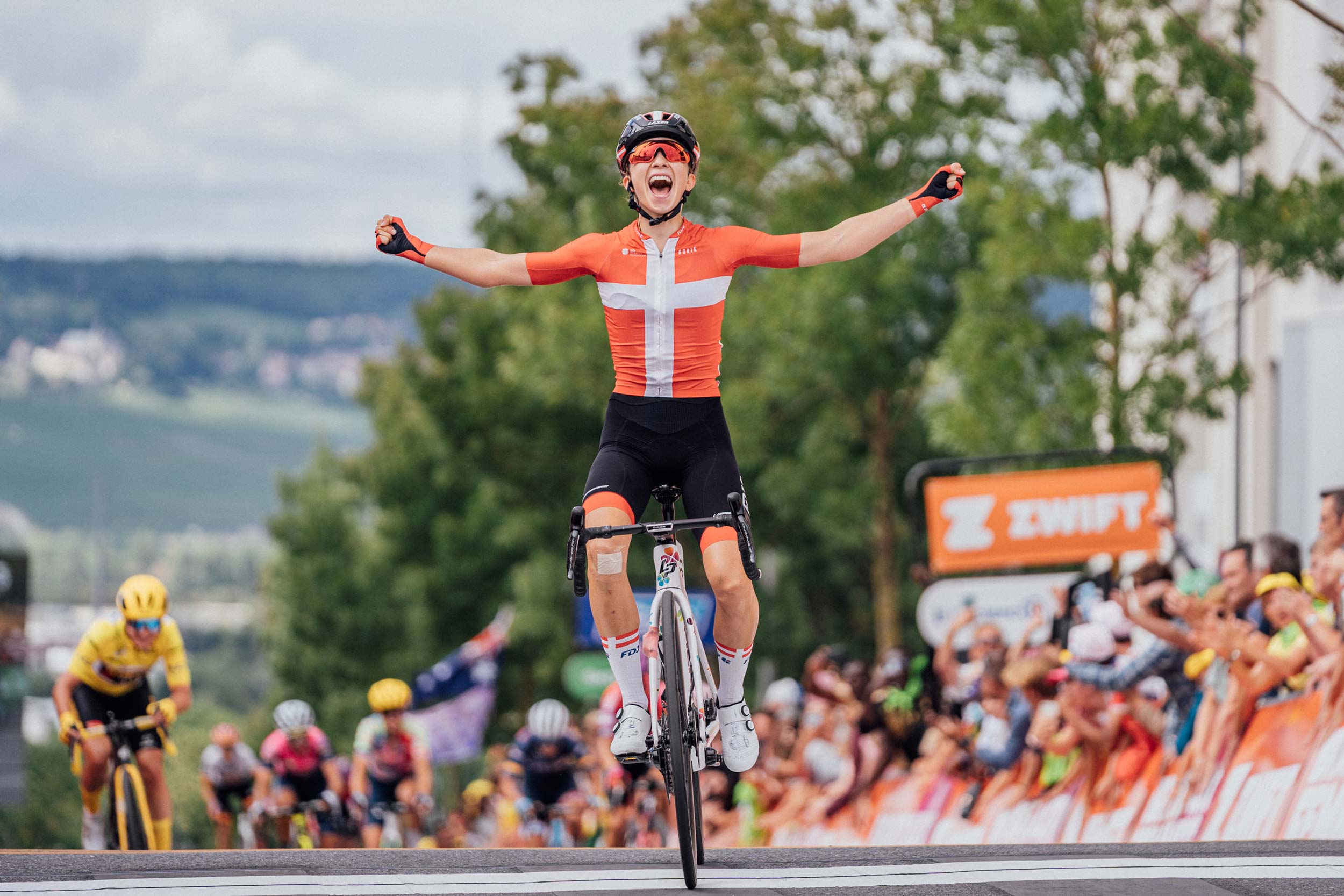 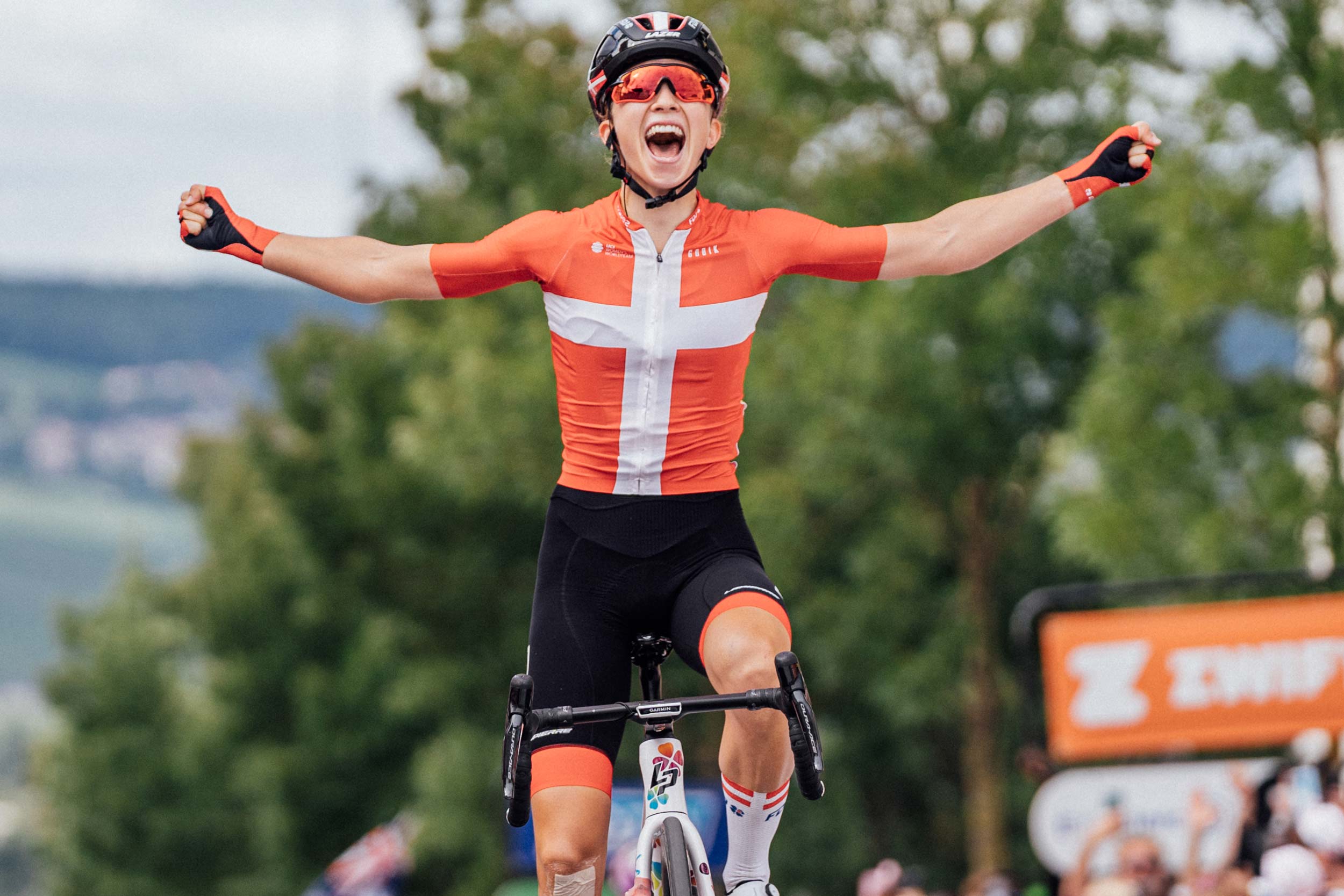 Vos missed out on a second successive stage victory but she keeps her yellow jersey and gained time on the next-best rider, Silvia Persico who is now second on GC at 0:16.

For her efforts, Uttrup Ludwig jumps up from 53rd to 10th overall, but the lost time in stage two has impacted her GC chances. The winner of stage three is now 1:48 behind Vos. 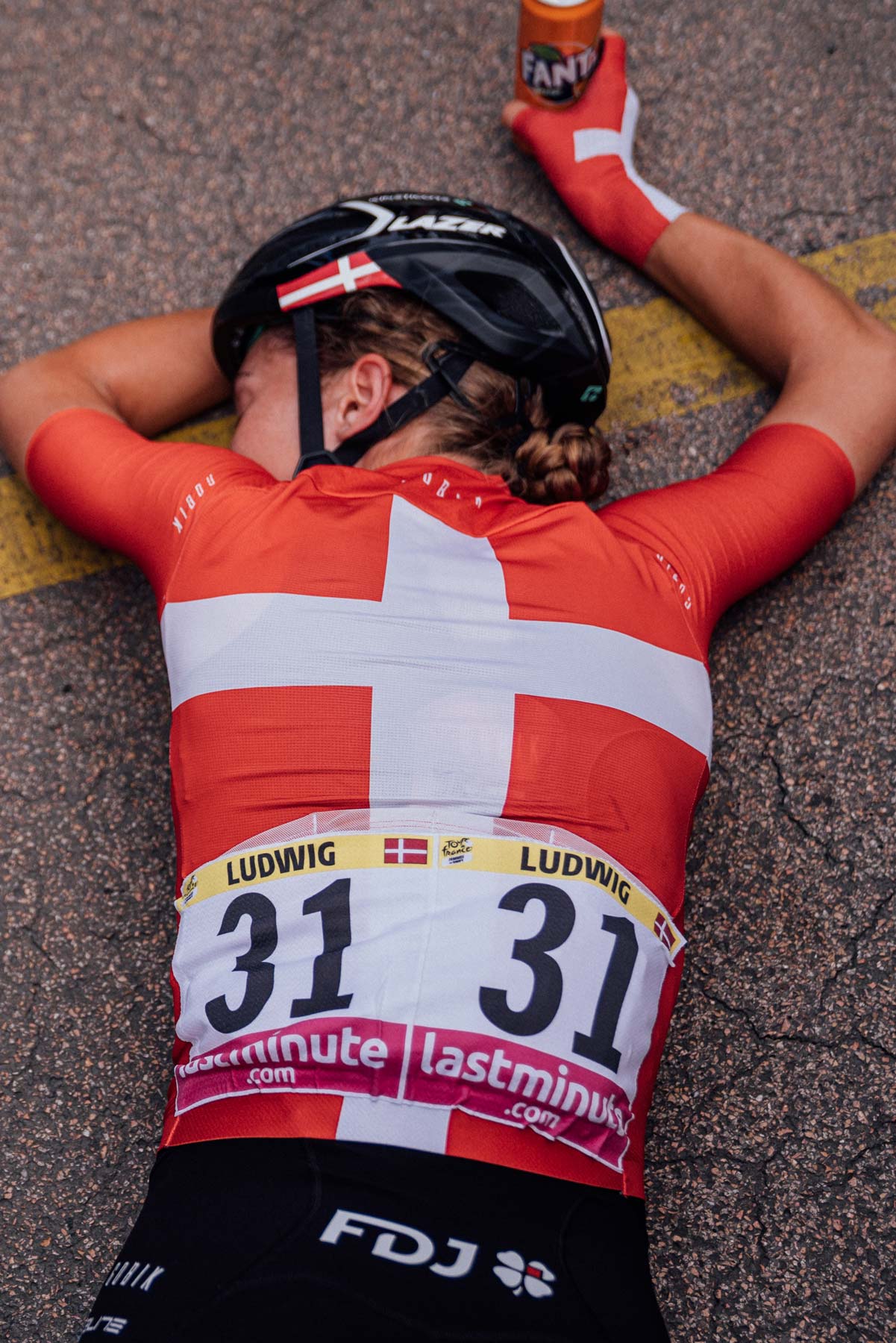 The race continues on Tuesday, with white gravel roads a feature of a course that takes riders from Troyes to Bar-sur-Aube. Again, it is classified as ‘hilly’ but it will be a different aesthetic with dust likely to coat the riders and the unpredictable surface expected to add an extra challenge.

The TDFF is delivering on its promise to showcase the best of women’s cycling and Uttrup Ludwig should be justifiably proud of what she did to win in Épernay. The “shit day” is behind her and success has been achieved. Her fallen team-mate, Marta Cavalli, is out of the race but there’s plenty to be optimistic about for the Danish 26-year-old who beat the best in the Champagne region and now has an extra dose of motivation. 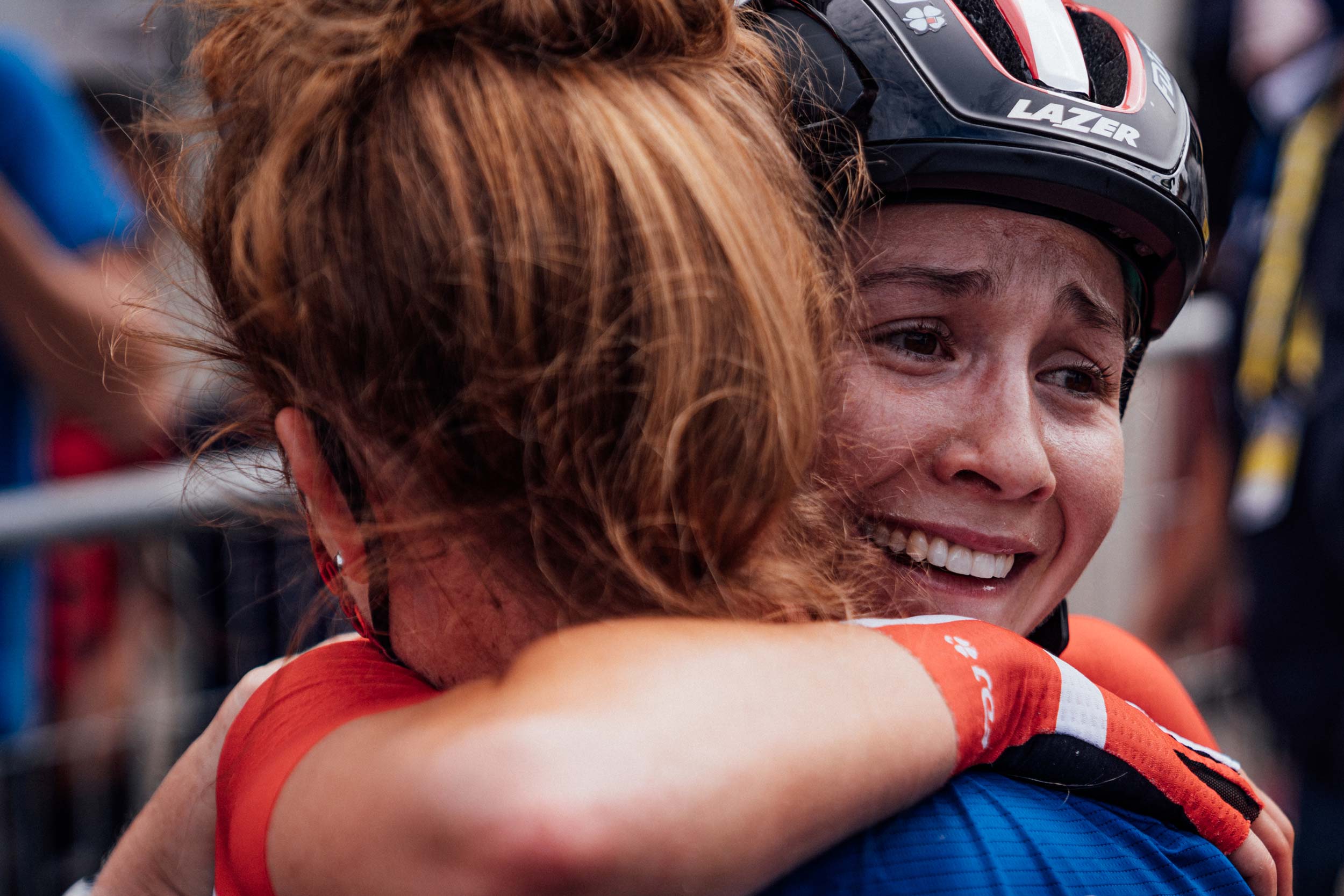 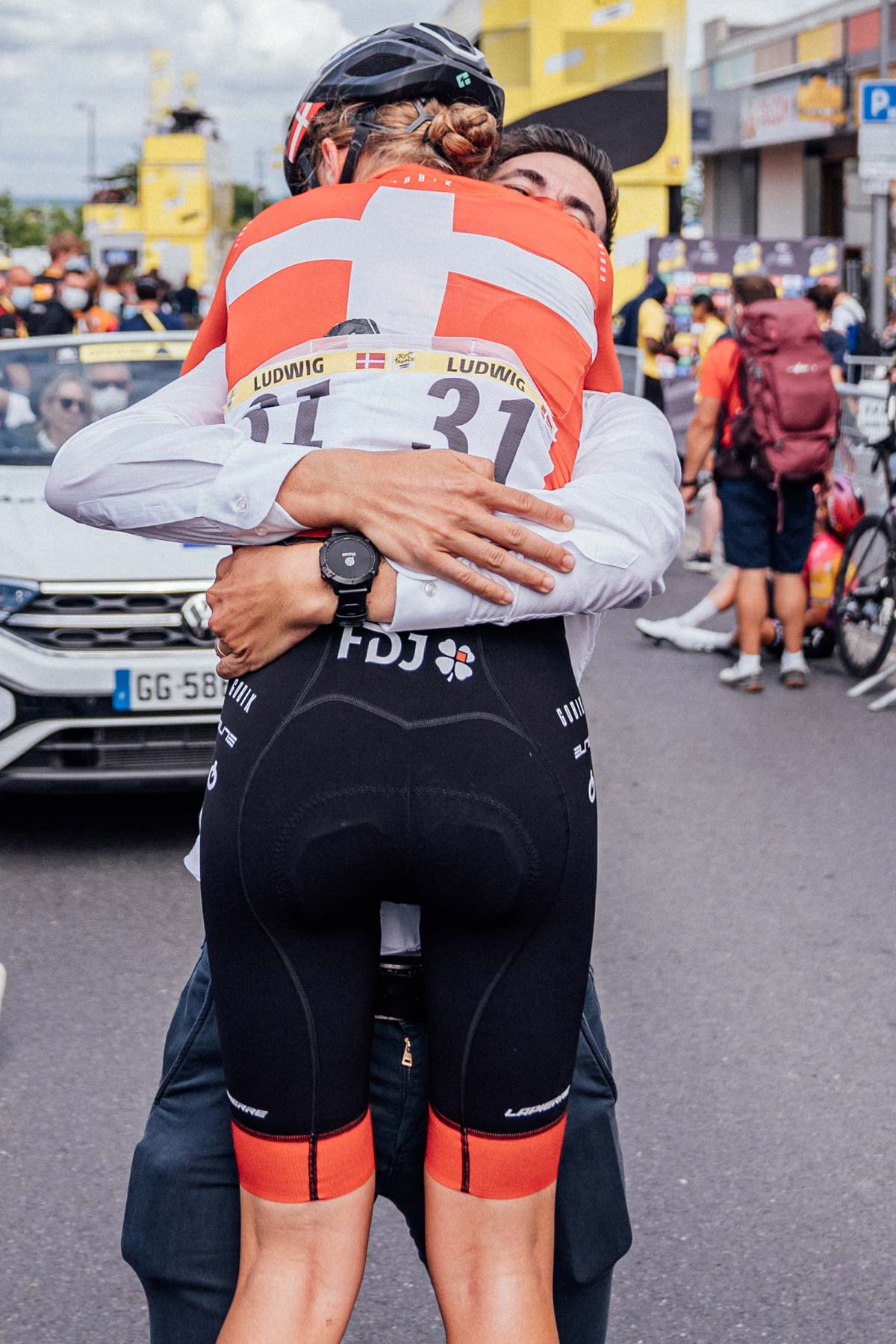 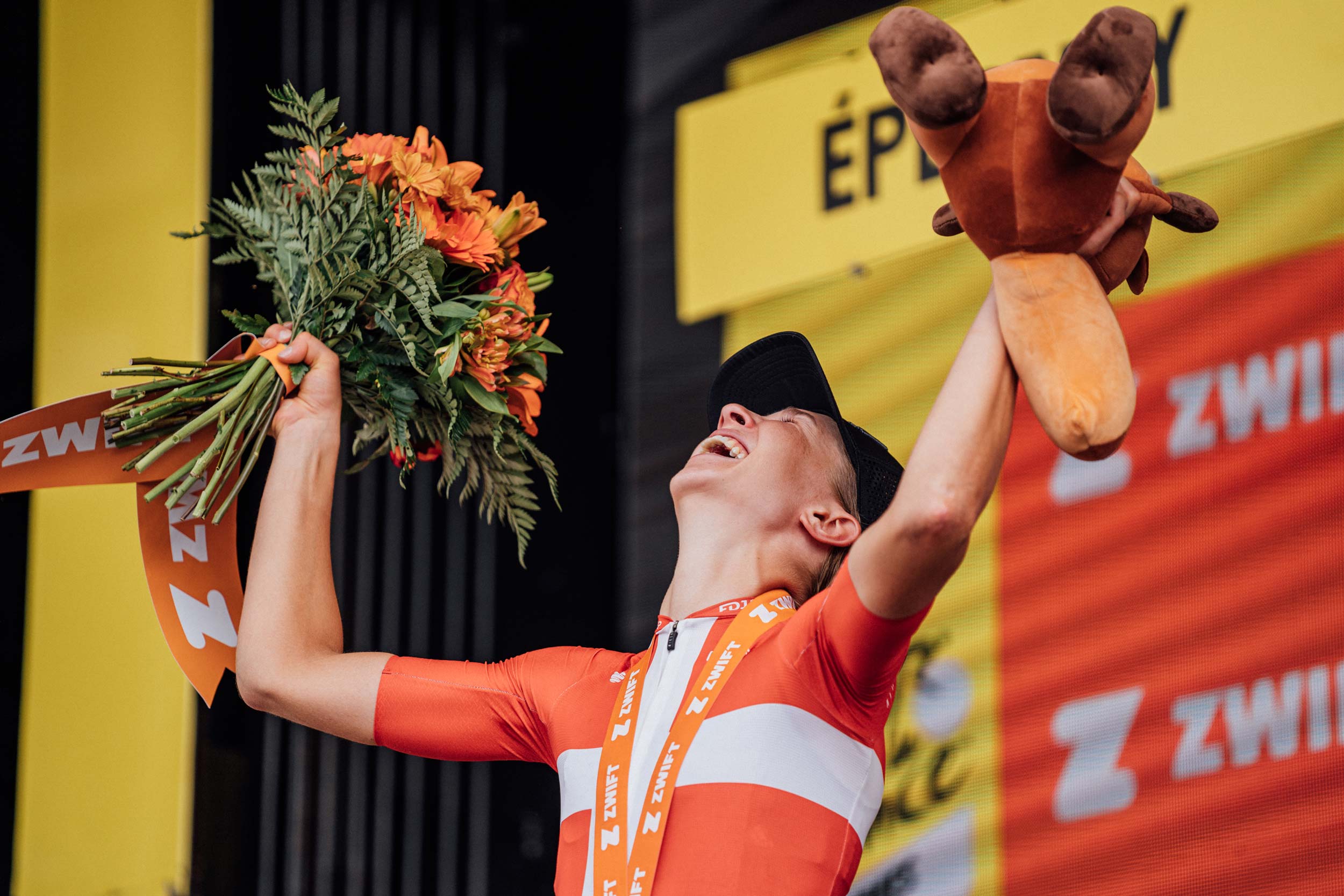 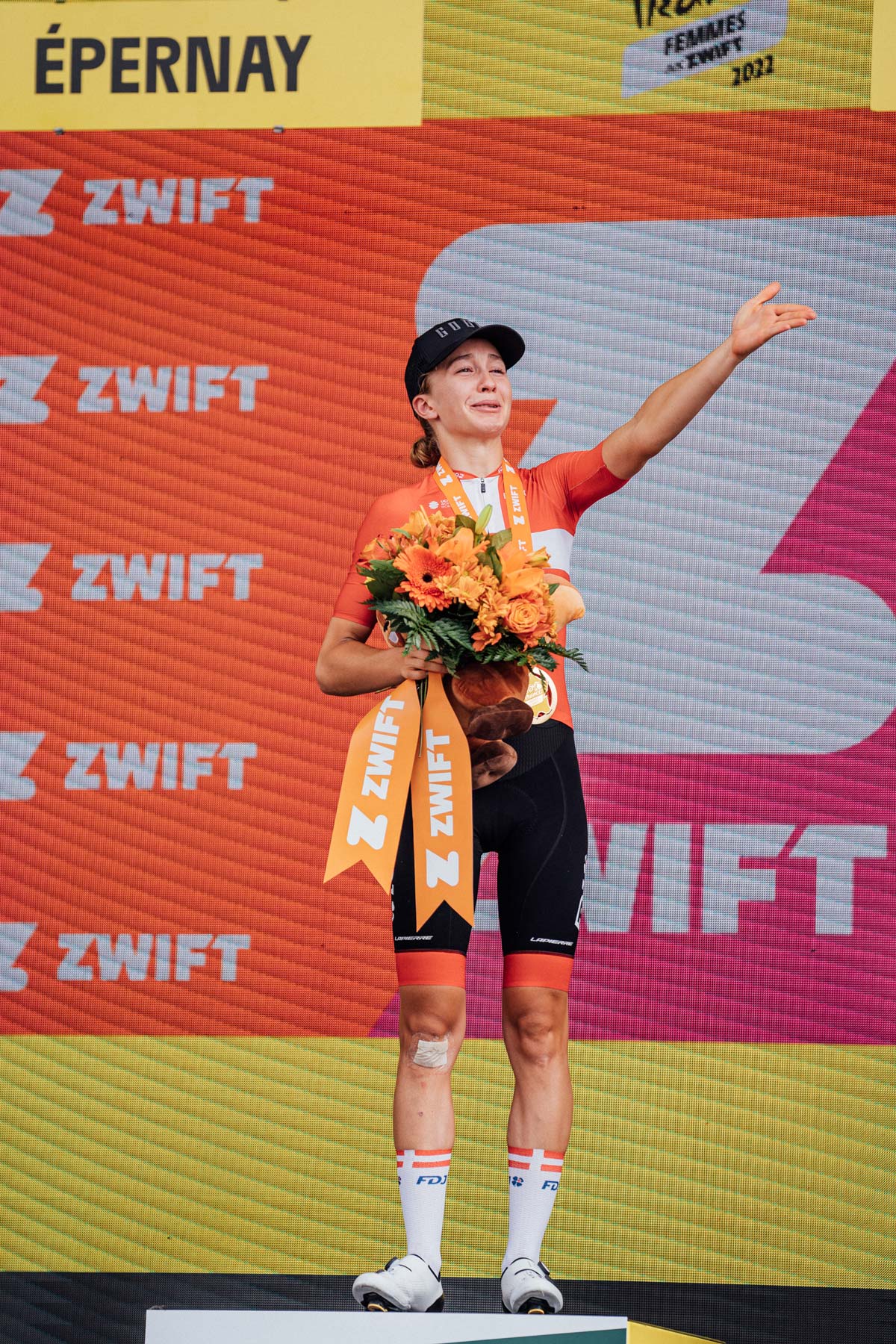 The uphill finish offered a glimpse of who else is likely to challenge Vos in the coming days and, as is so often the case, there are other Dutch riders with eyes on the yellow jersey. Annemiek van Vleuten may have been an obvious pre-race favourite but the Olympic TT champion is suffering from an illness that she has to overcome before being able to challenge her compatriot.

And Demi Vollering, one of the most successful riders so far in 2022, also signalled her intentions by attacking in the finale but unfortunately faltering. On a tight left turn near the end of stage three, the SD Worx rider’s front wheel washed out and she slid to the tarmac only a fraction of a second before German champion Liane Lippert suffered the same fate.

The two fallen riders did quickly remount but the crash impacted their ability to impact the results in Épernay. They are now seventh and 12th on GC, respectively. 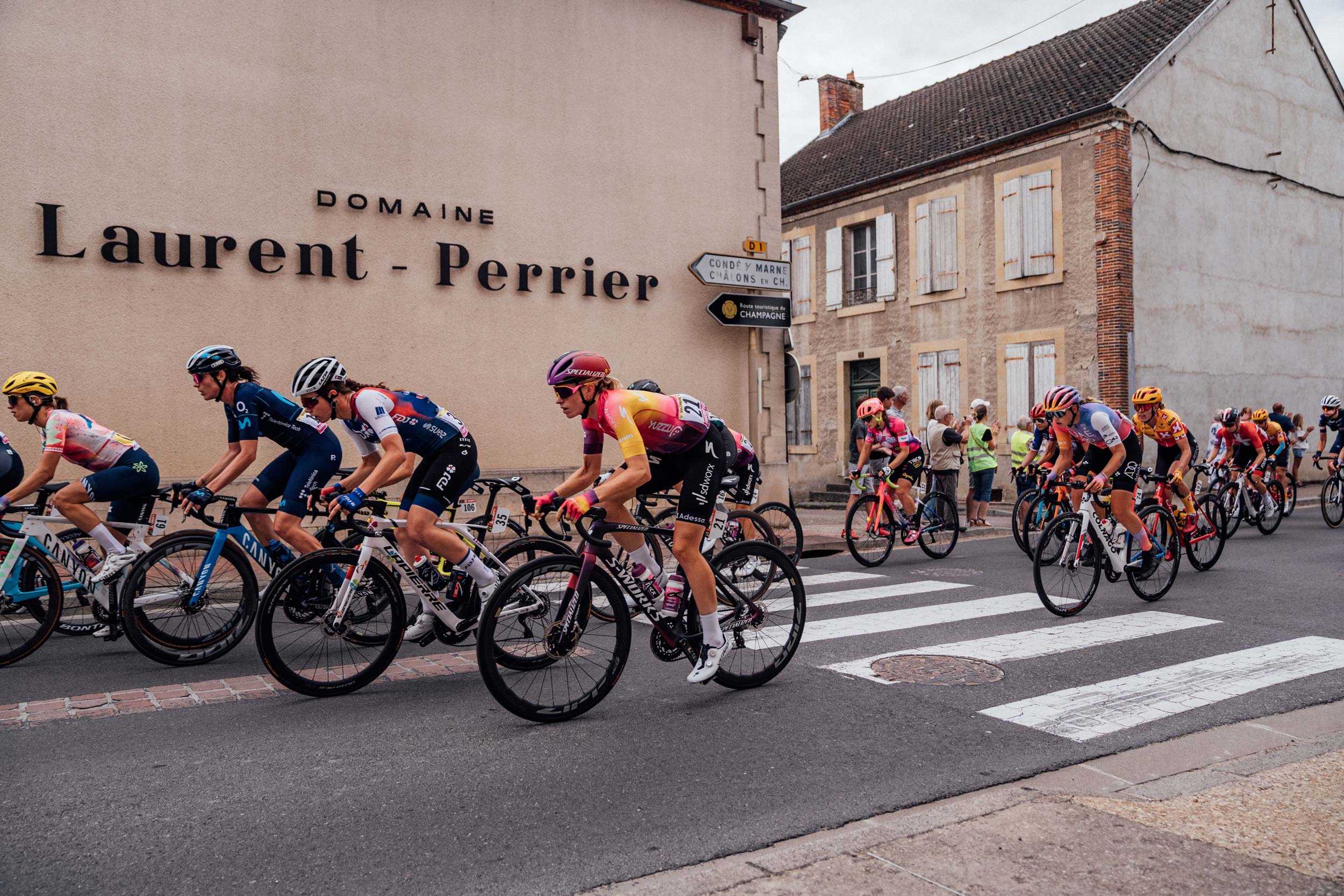 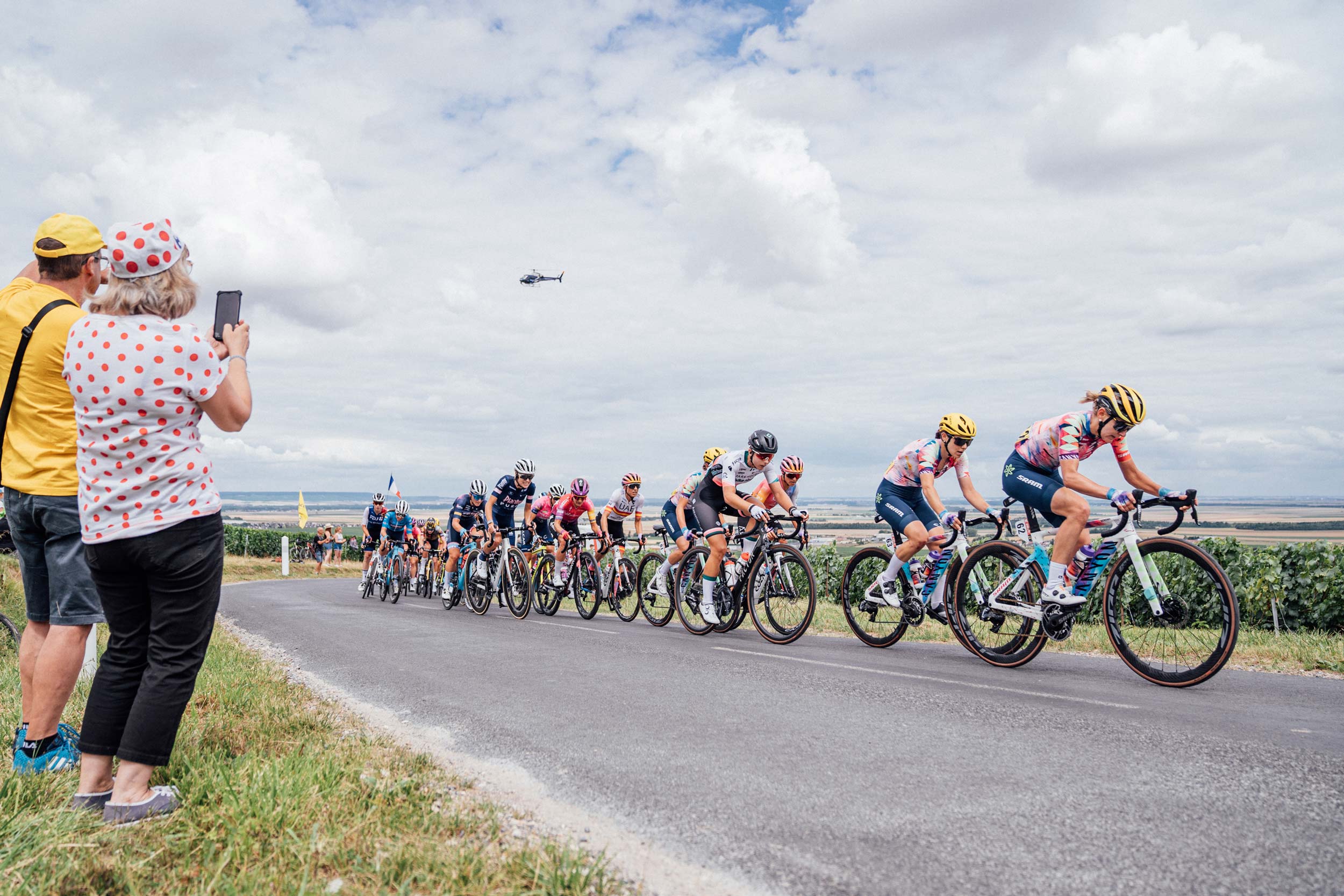 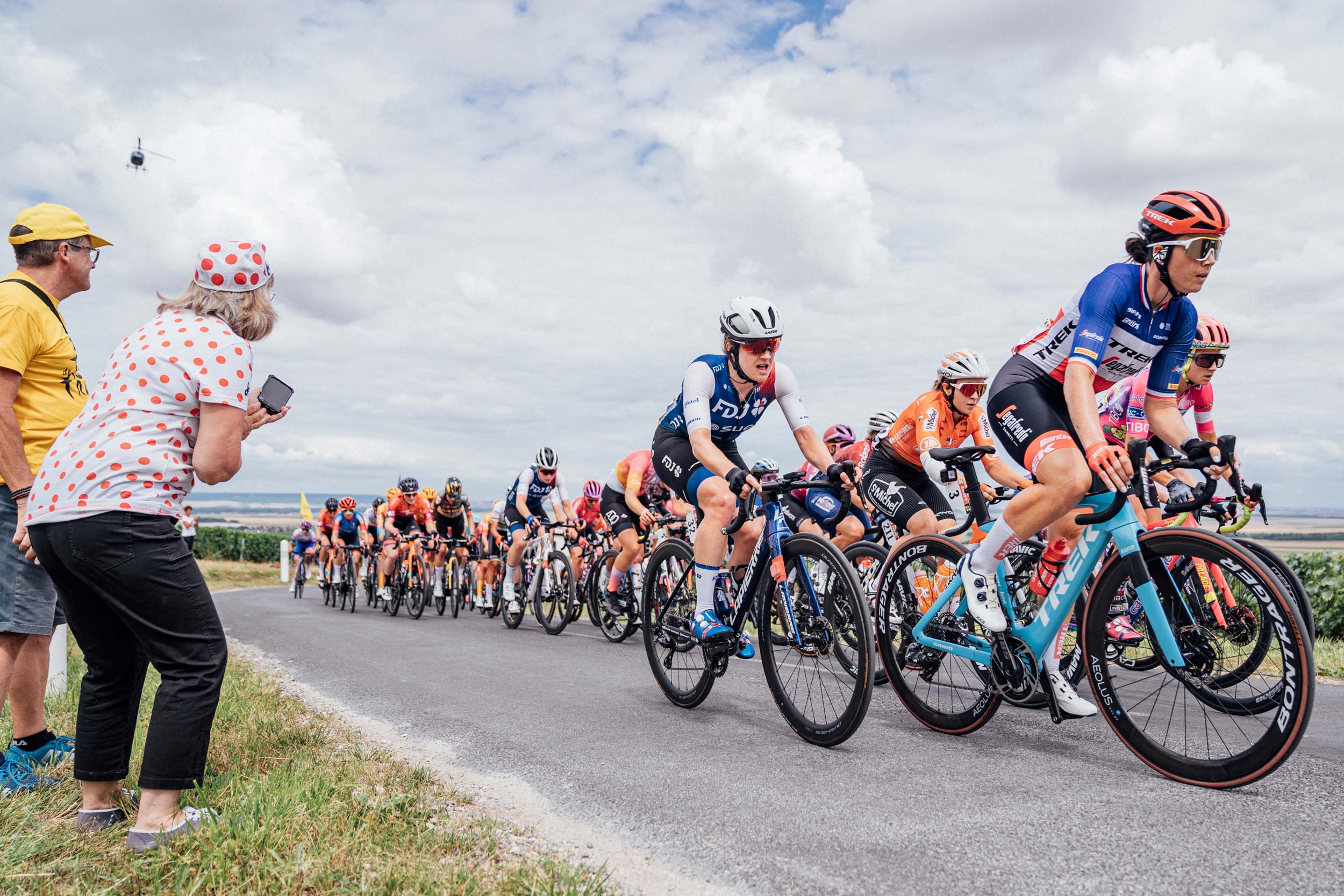 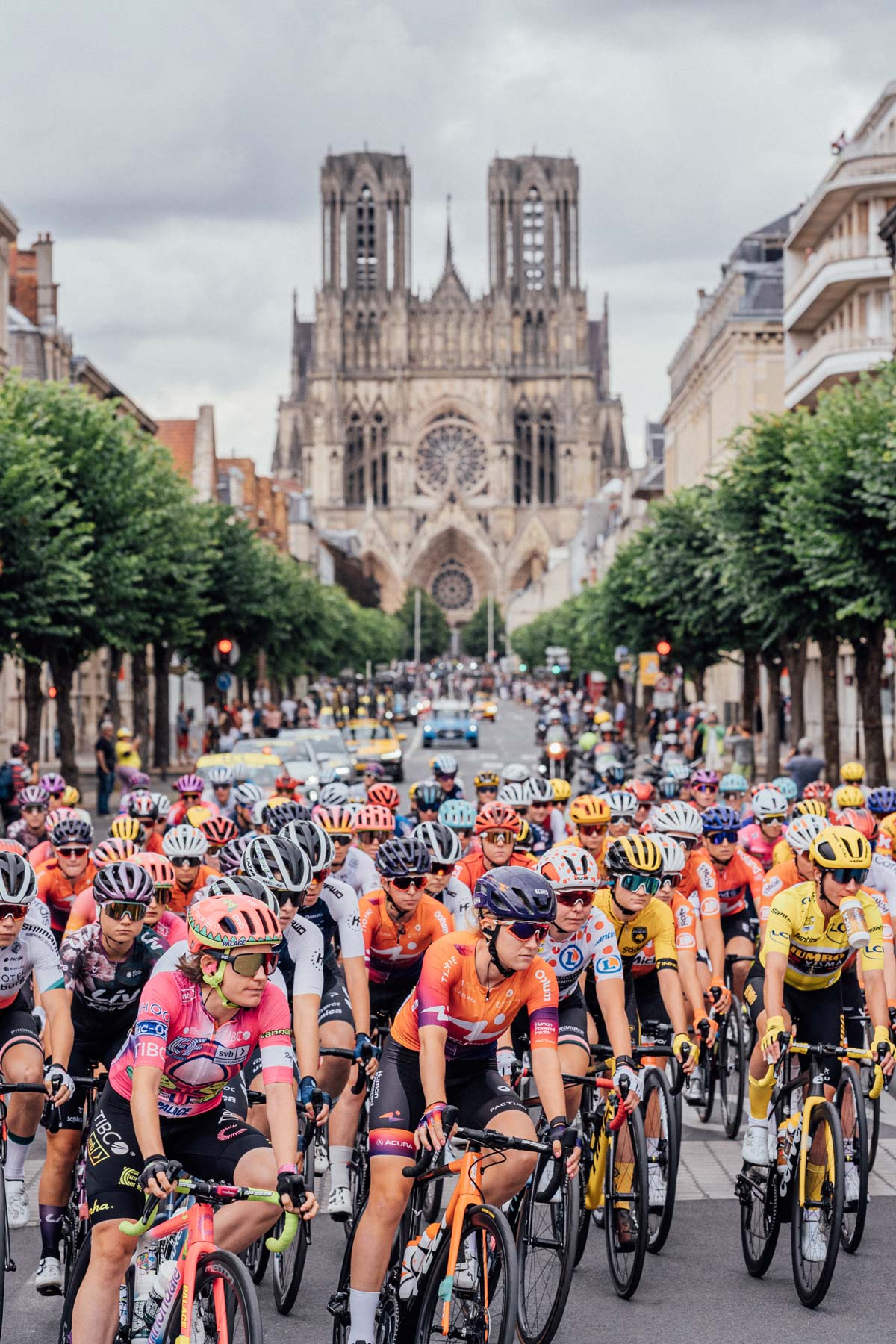 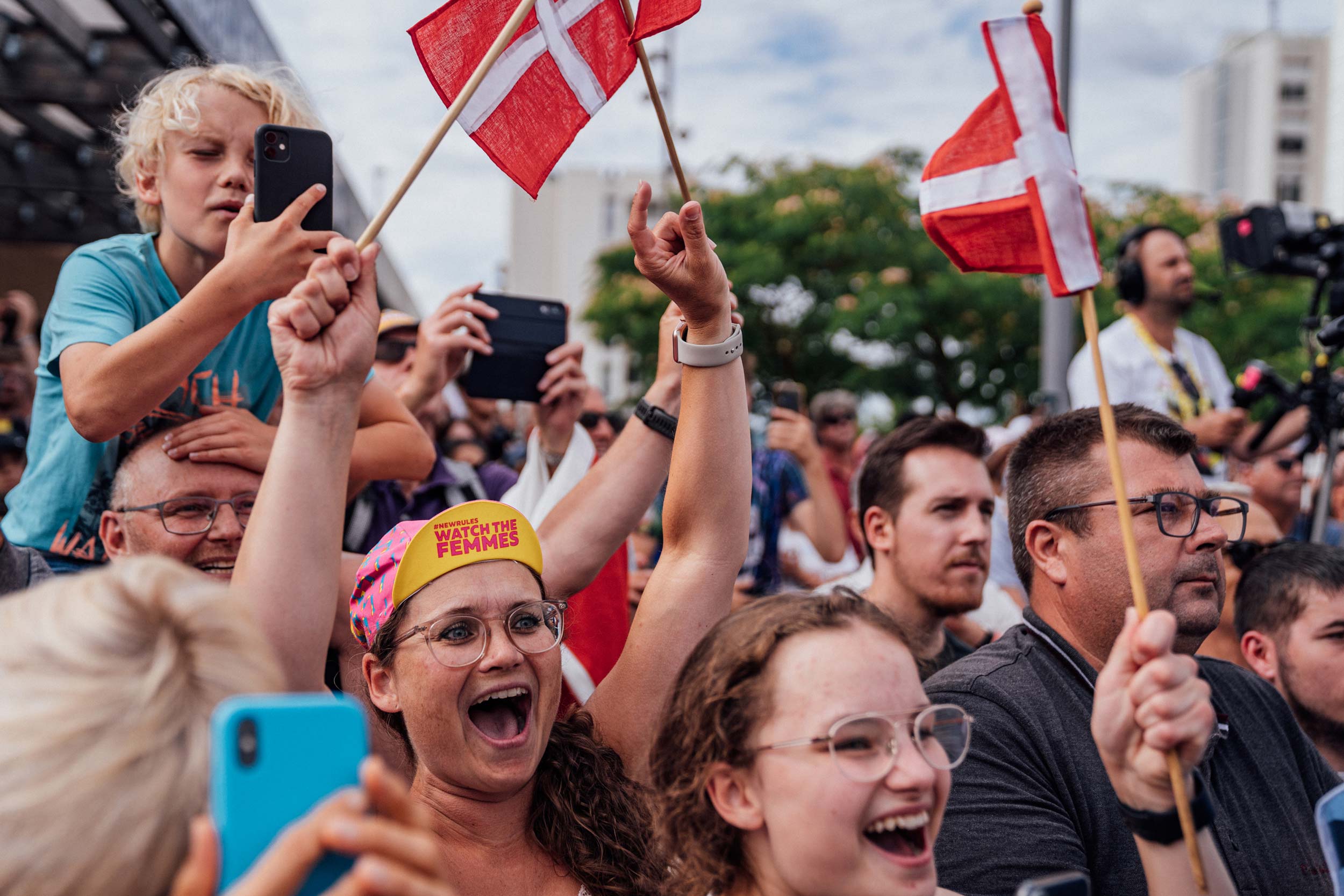