Marianne Vos built on her advantage in the general and points classifications in stage six of the #TDFF, winning a sprint and reminding everyone that she is as strong and determined as she has ever been. 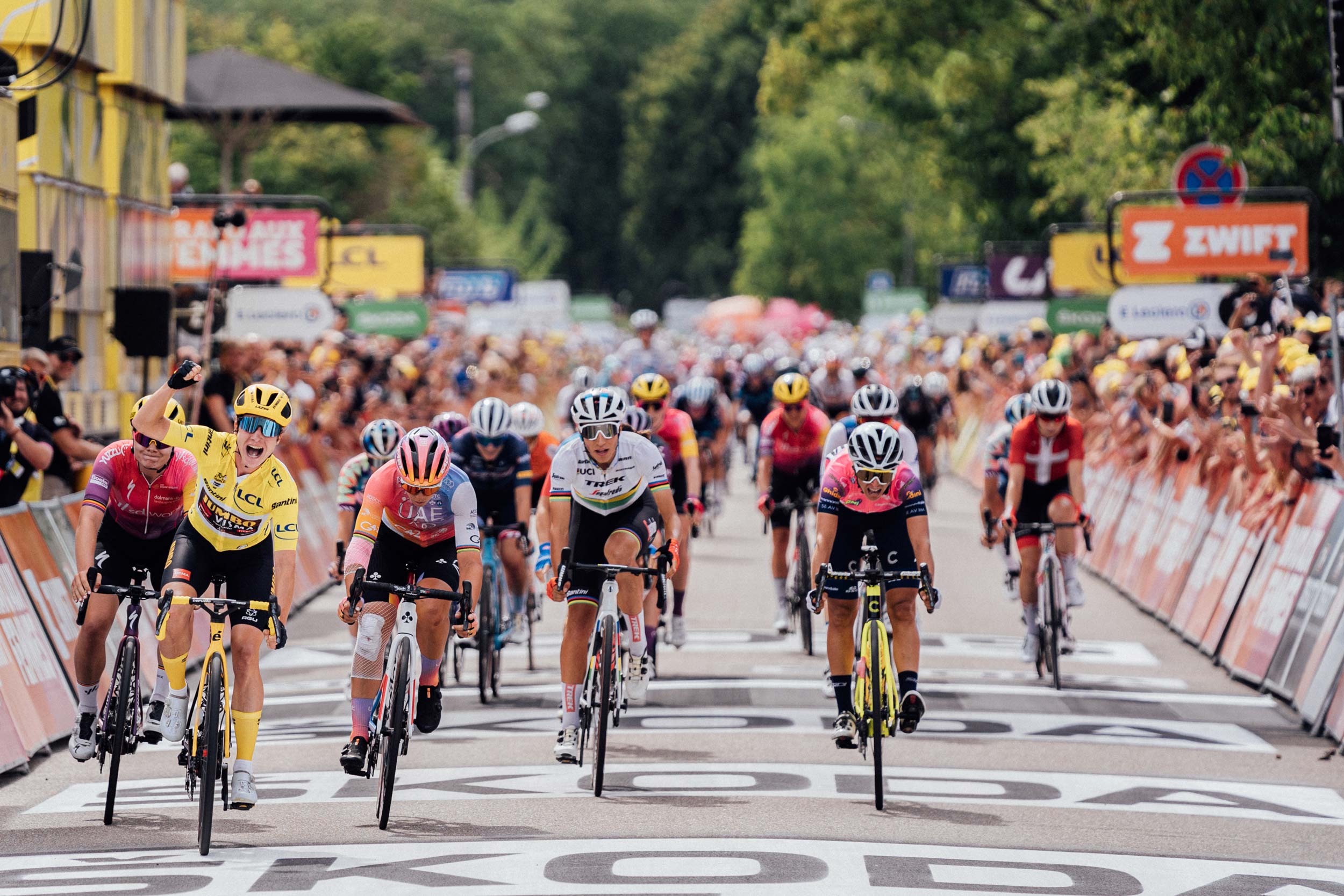 There was a notable absence as the peloton sped towards the finish line in Rosheim. Stage six would end in a bunch sprint but the rider wearing the green jersey after five stages, Lorena Wiebes (Team DSM) was missing. A crash with around 22km to go wiped out the young Dutch rider’s chances.

Wiebes would cross the line in 110th place, well behind the other winner of two stages of the inaugural Tour de France Femmes avec Zwift, Marianne Vos.

The two Dutch riders to have won two stages each continue to impress: Vos with her victory in Rosheim, and Wiebes with her fighting spirit… getting back on the bike after a nasty accident and making sure she can start again on Saturday. 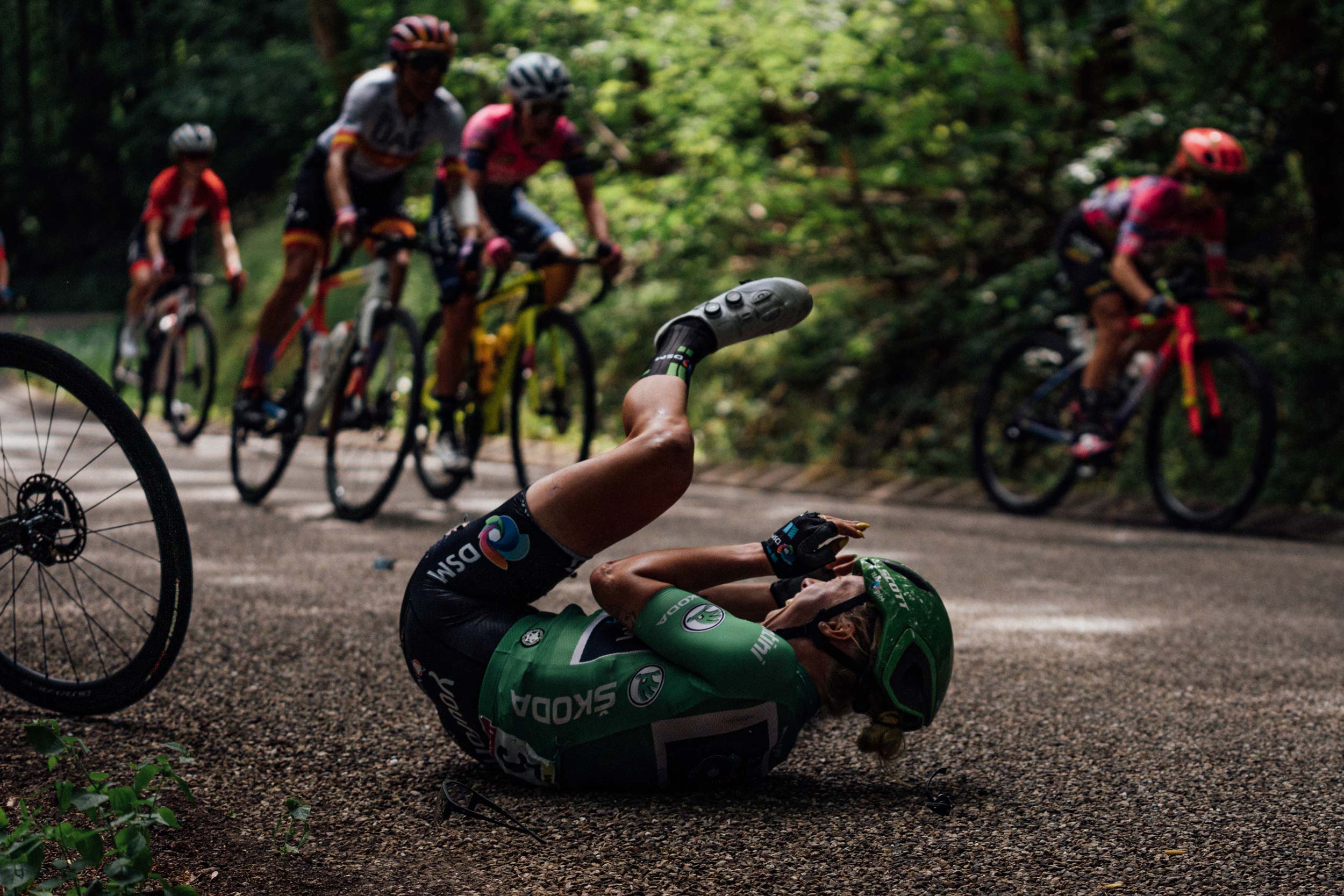 Wiebes landed heavily after a touch of wheels in the peloton with around 22km to go. (See the full sequence of the crash in a previous post – photos by Zac Williams)

This second post from stage six, featuring images by Zac Williams, includes some shots of Vos doing what she does best: win bike races, and some other images that highlight some of the action that took place overnight. 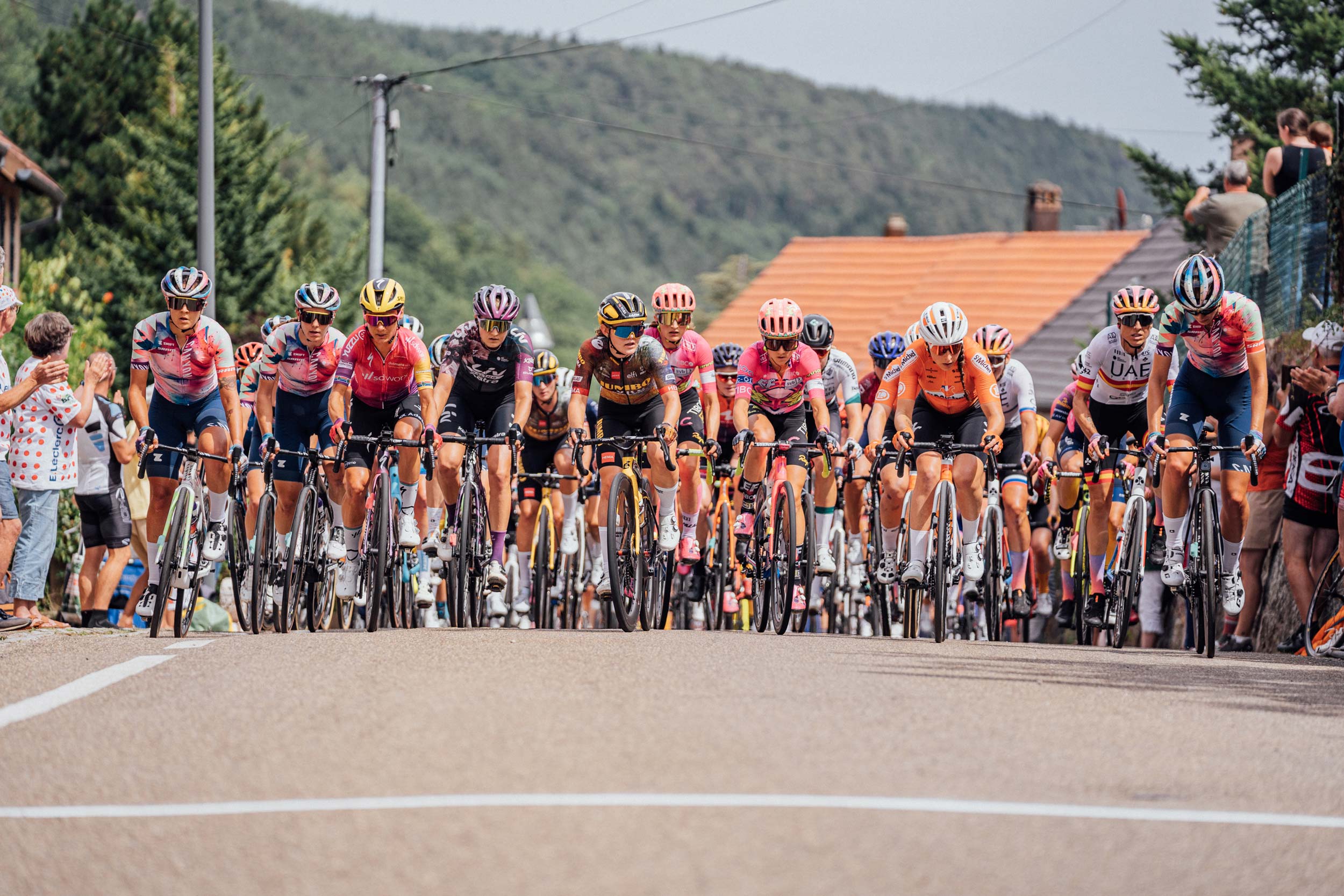 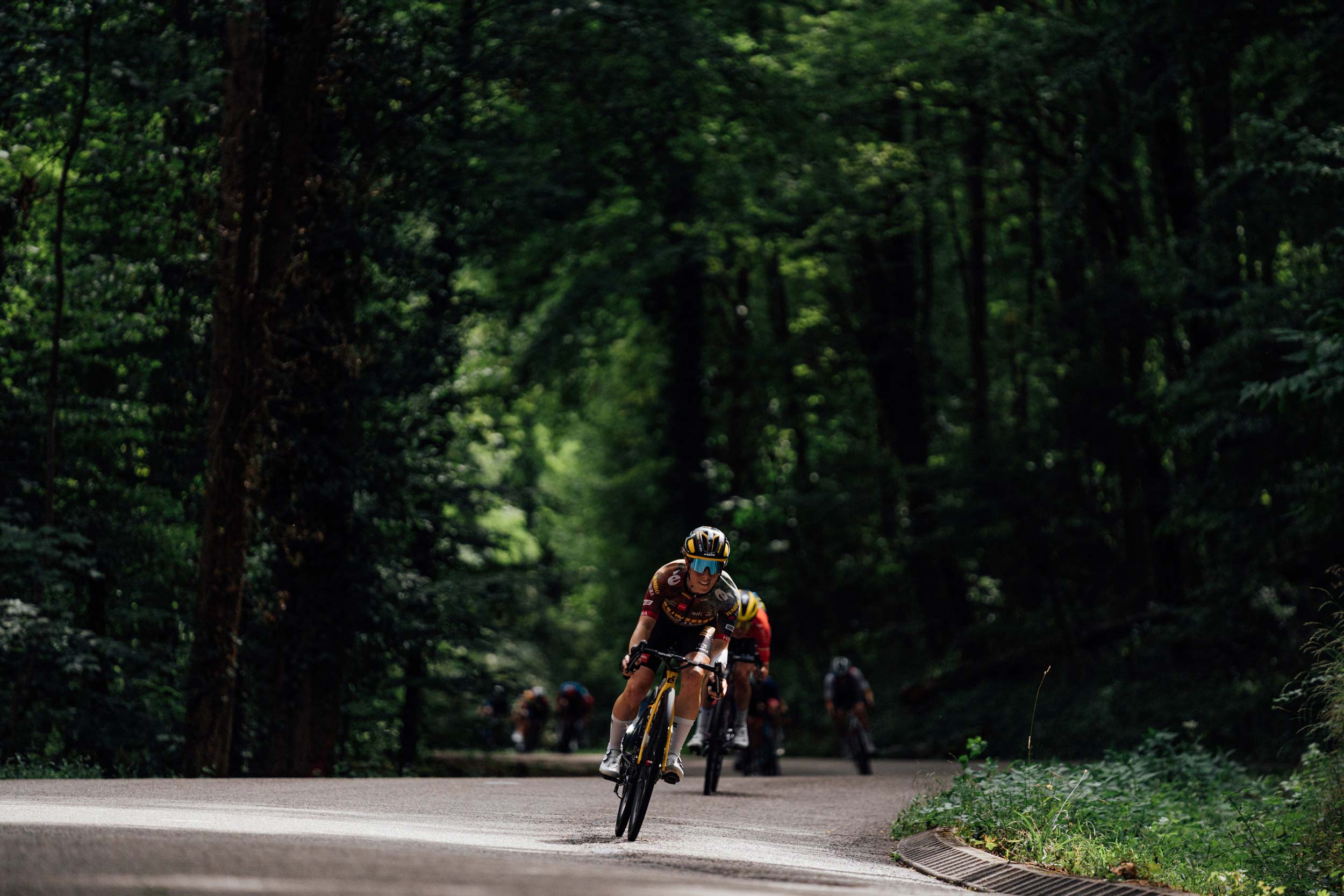 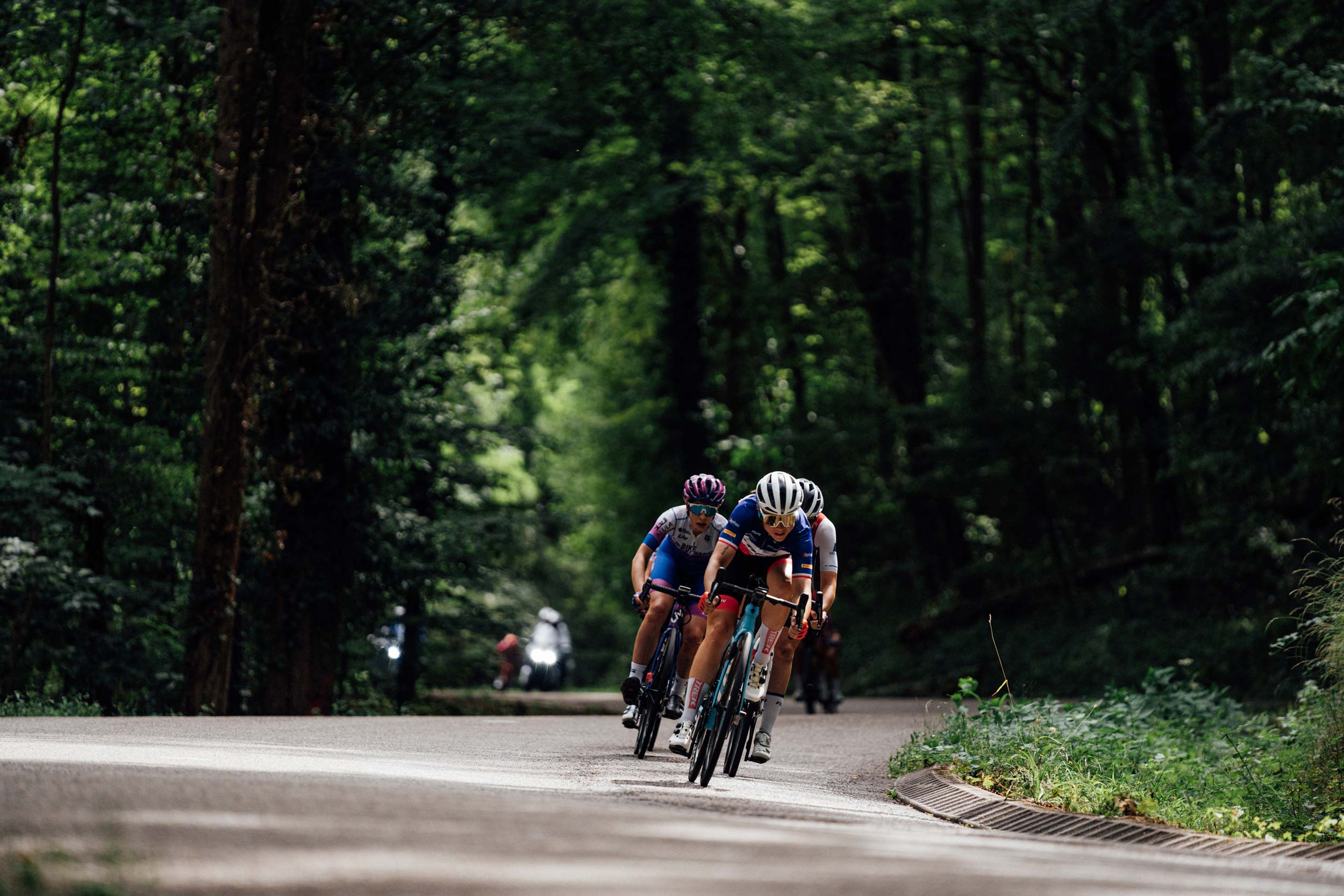 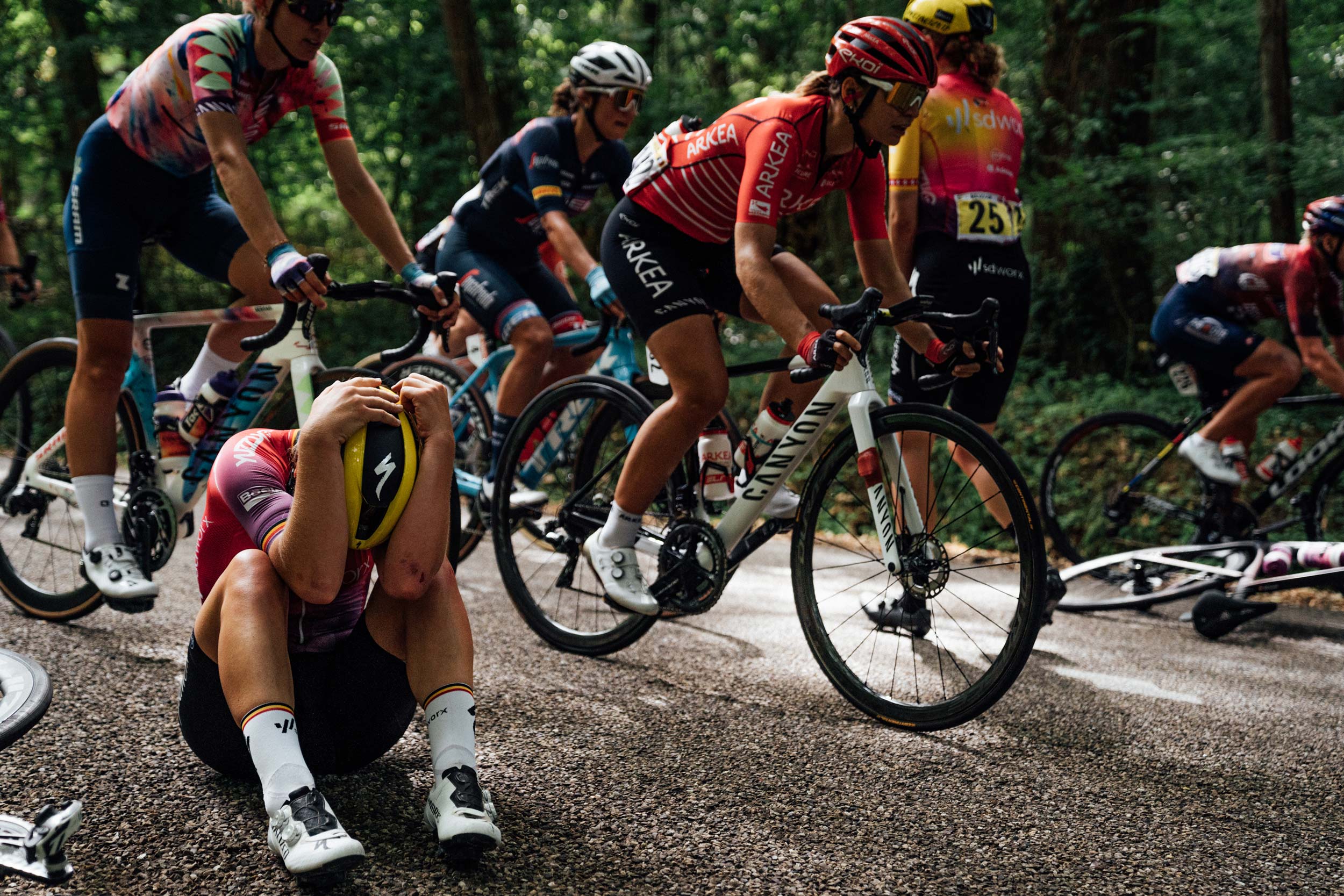 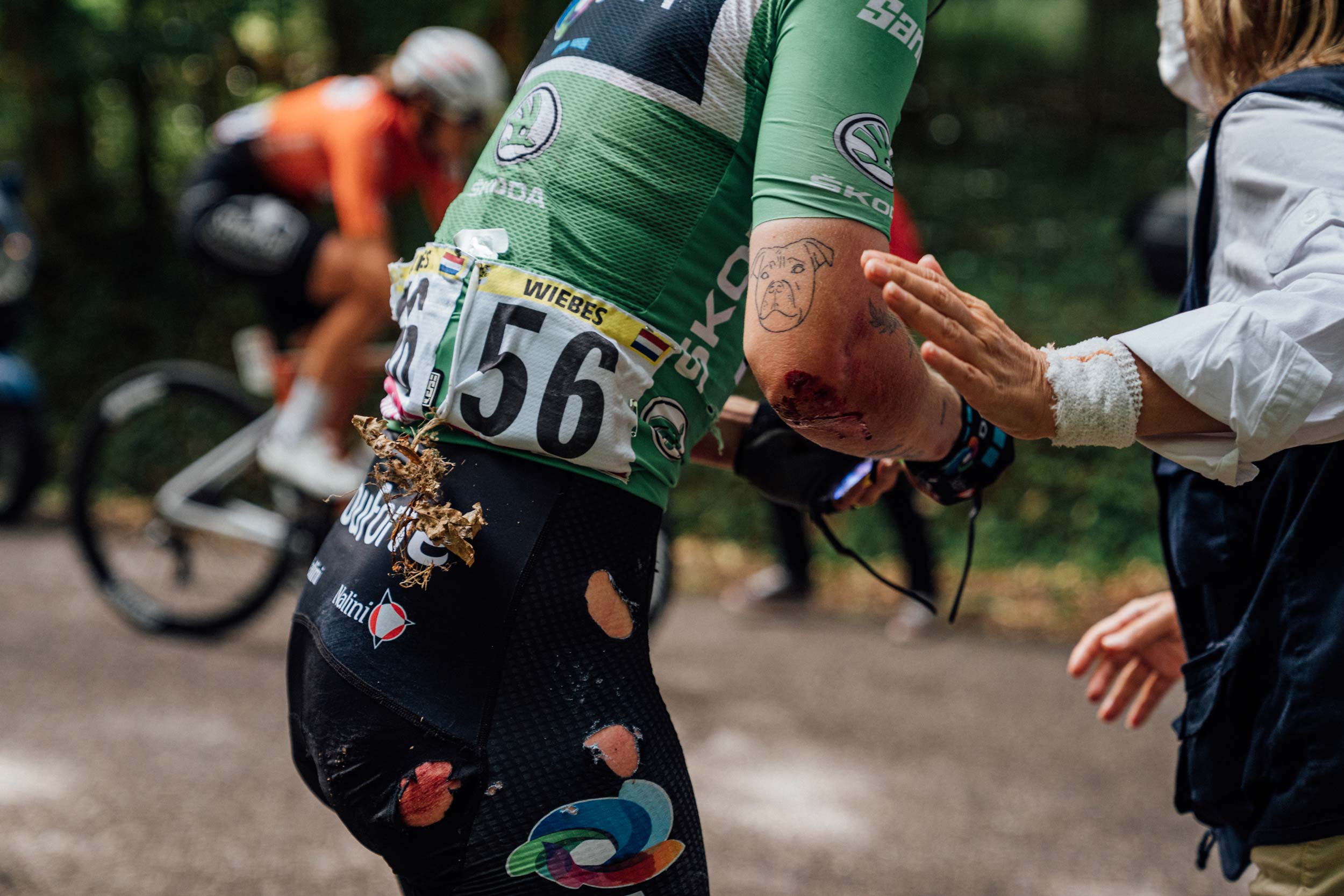 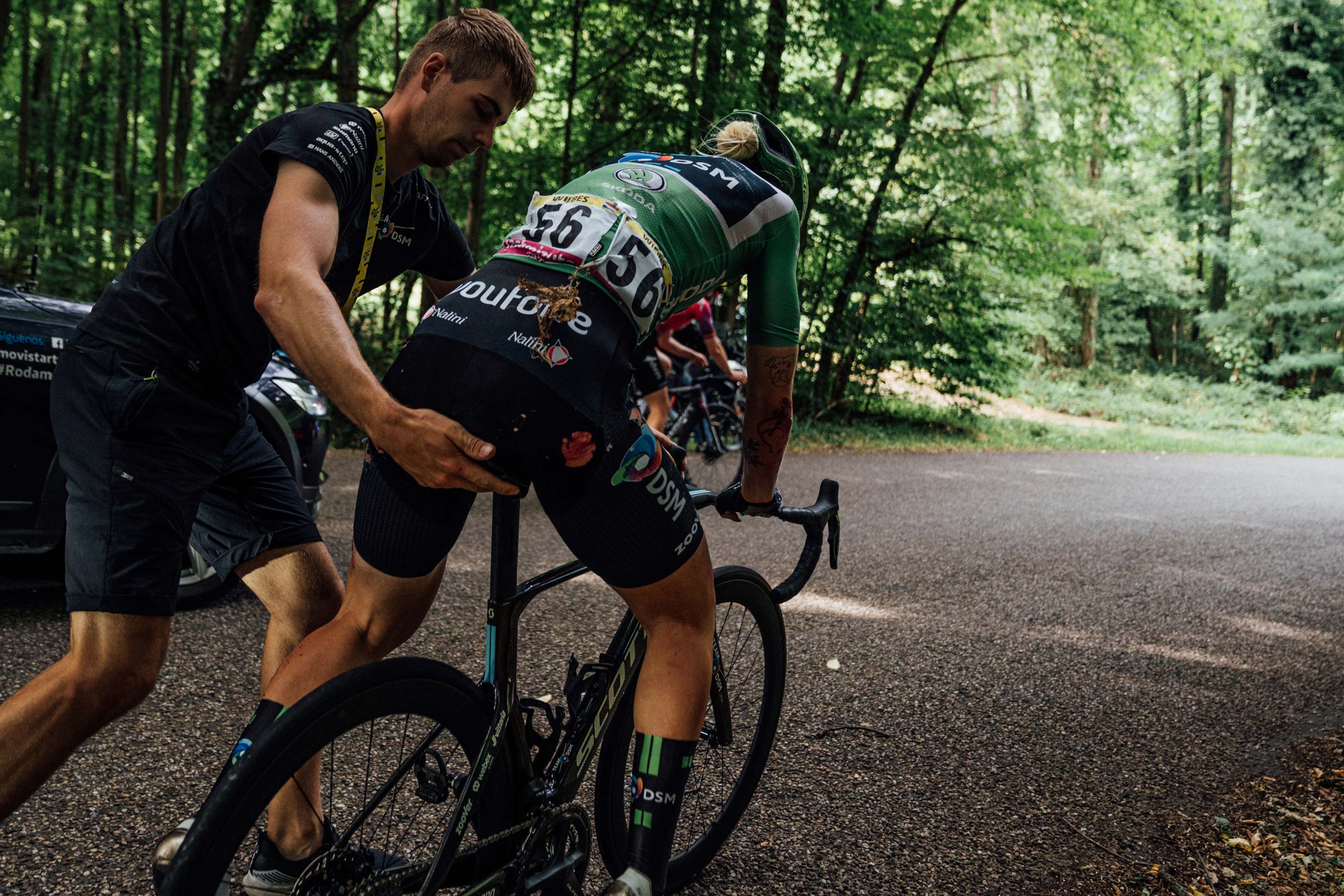 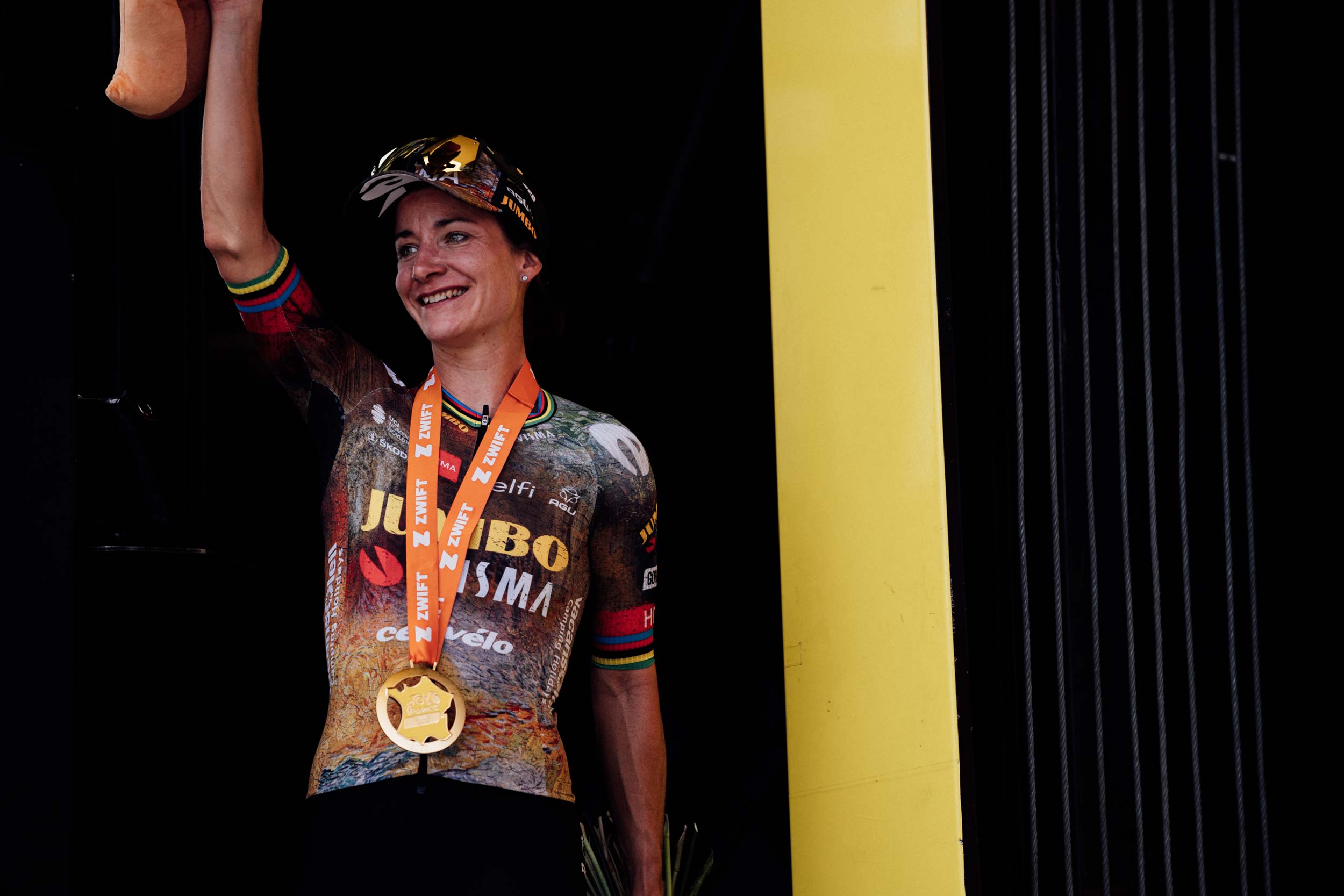 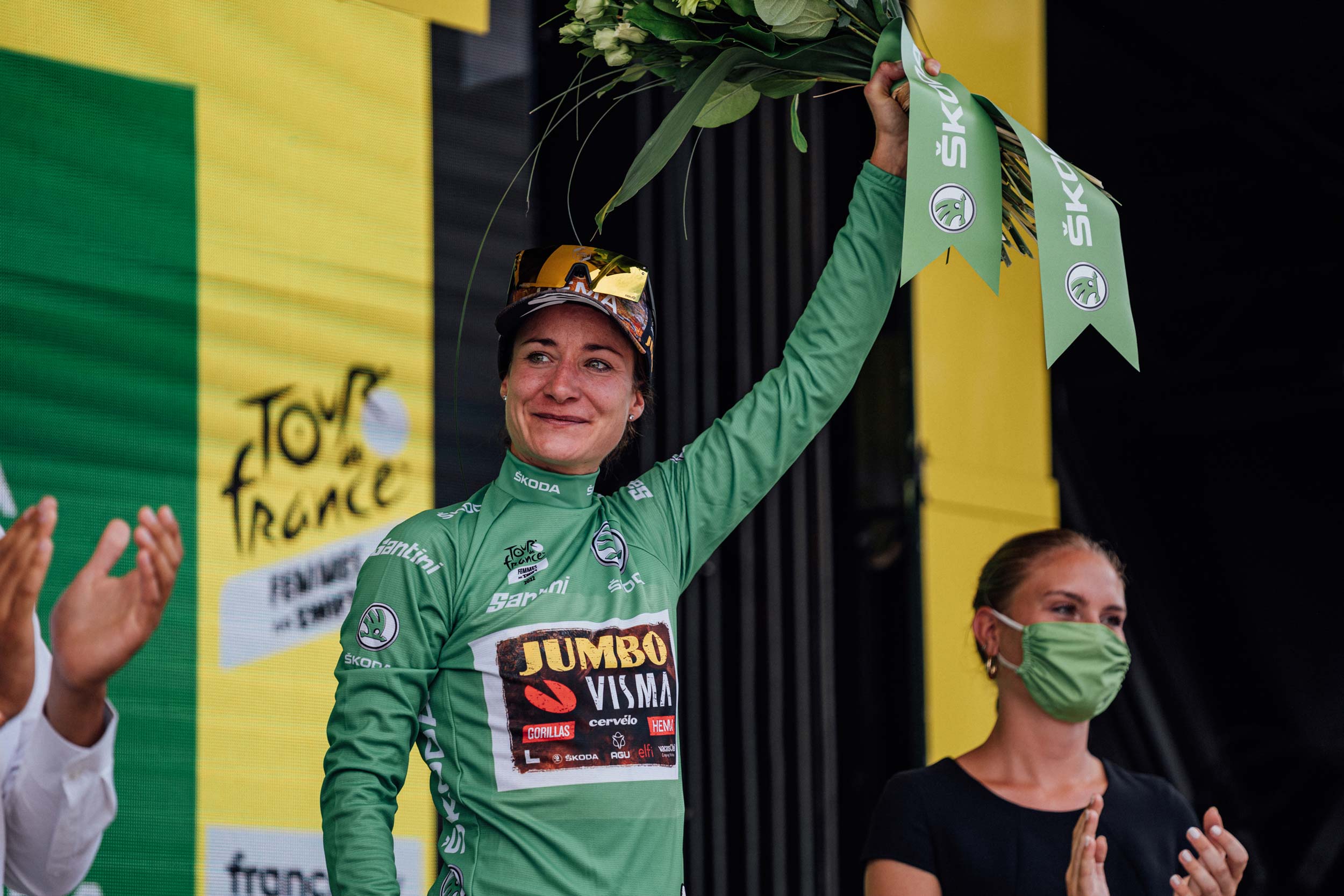