Ride Diary: time to get the bike serviced – prevention rather than cure

A trip to the workshop for a bike service may be a little more costly than you’d like but it can often save you money in the long run. Catching a small problem before it becomes a big one could be better for your budget… and your bike.

– A blog by Rob Arnold 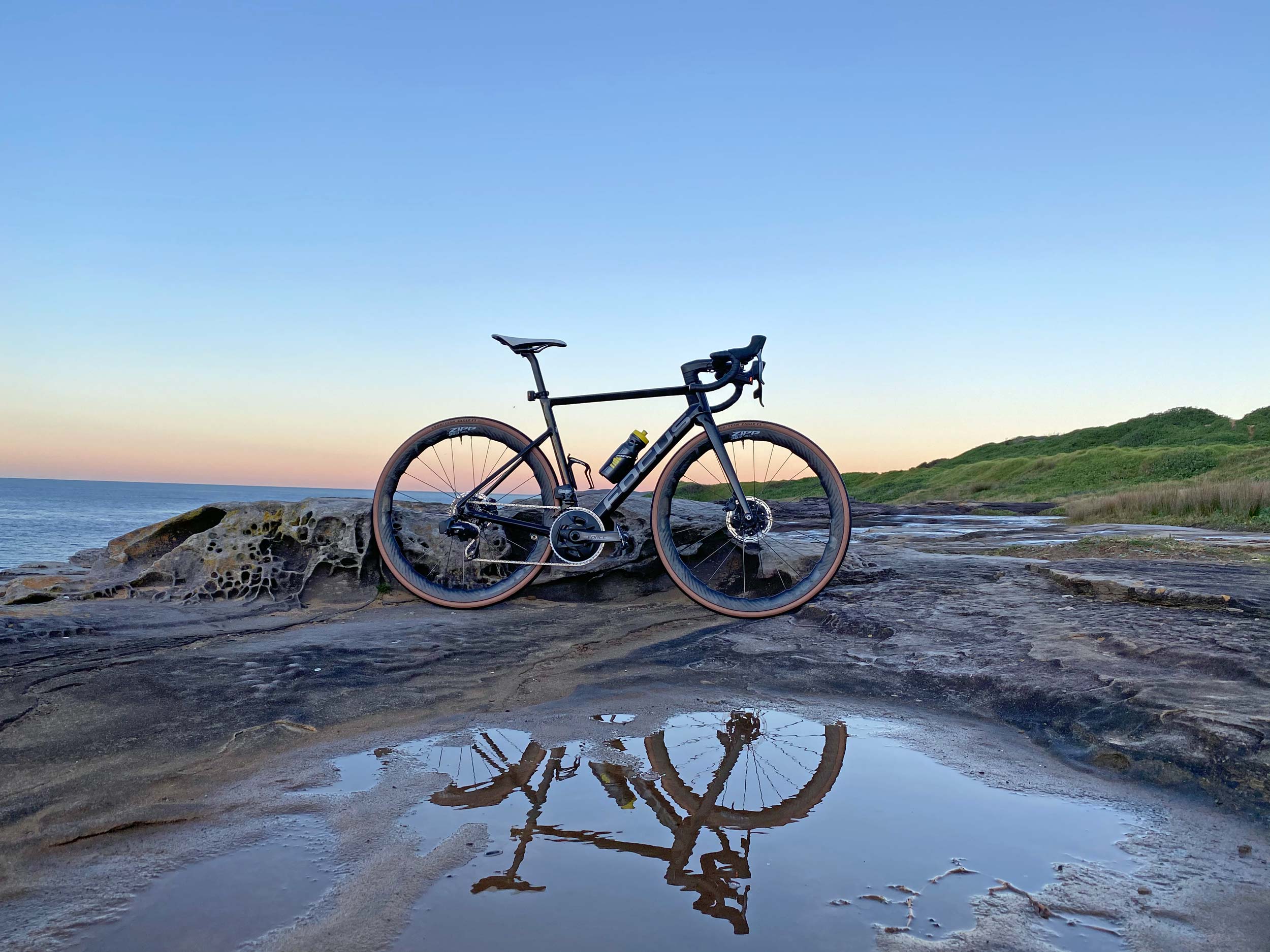 I’ve never been happier with my road bike. The Focus Izalco Max from 2019 has been smooth as silk, quiet as a mouse, faster than I remember other bikes to be, and it’s a joy to ride. Today it’s going to the doc for a bi-annual check-up. Hopefully there’ll just be some fine tuning to do and I’ll leave Velofix feeling like the best bike I’ve owned just got better.

I could go off on a few tangents here: explain the bike and why it’s so wonderful, or consider what it might be that the mechanics pick up as they give it a good degrease and a proper service for the first time since… well, last summer. Did I say “bi-annual”? (Evidently, not always. But that is my recommendation if you ride a fair bit.)

To avoid the risk of talking about how great my bike is, how about this: I’ll explain my expectations of the workshop session, and what I think could get a “Hey Rob, we need to have a talk…” and I’ll write about the benefits of going to the LBS fairly regularly. Then, if you’d like me to continue writing about the Izalco Max, I’ll prepare another diary entry with an overview of all that makes the bike so special. Deal? 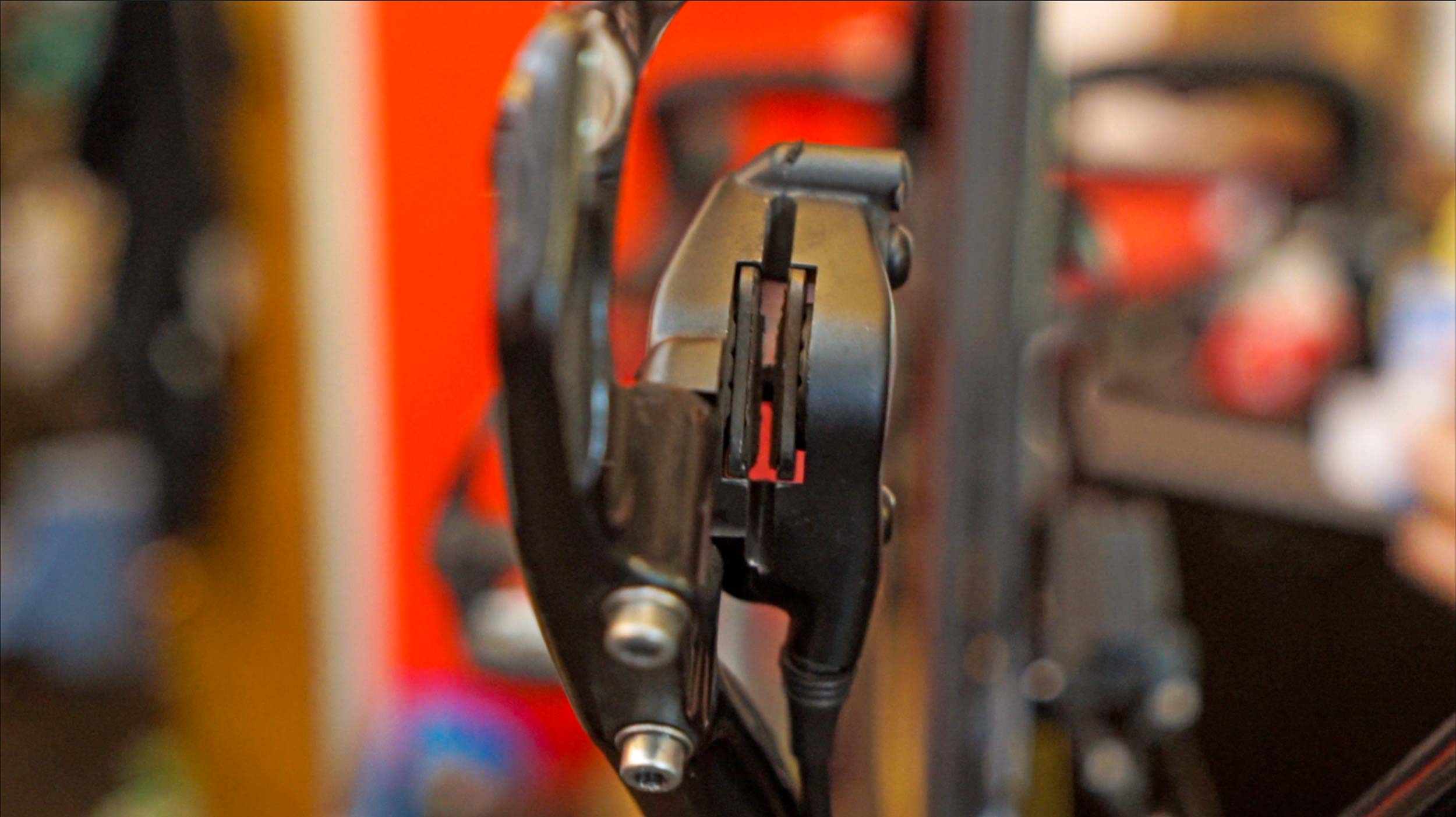 Here’s the thing I’ve learned about disc brakes since getting this Focus: other people can do the mechanical work on them. It’s really best that I don’t. Okay, I’ve watched the installation of disc brakes on many bikes, and seen the hydraulic fluid flow into the hoses and, later, seen the mechanic so neatly fine-tune the pads so that the lever modulation is Just So.

I know it can look easy, and it probably is… for some people, with the right tools and a good workspace. For me, it looks cool but the potential for significant mess and mayhem if it was attempted on the work-stand at the office is high. 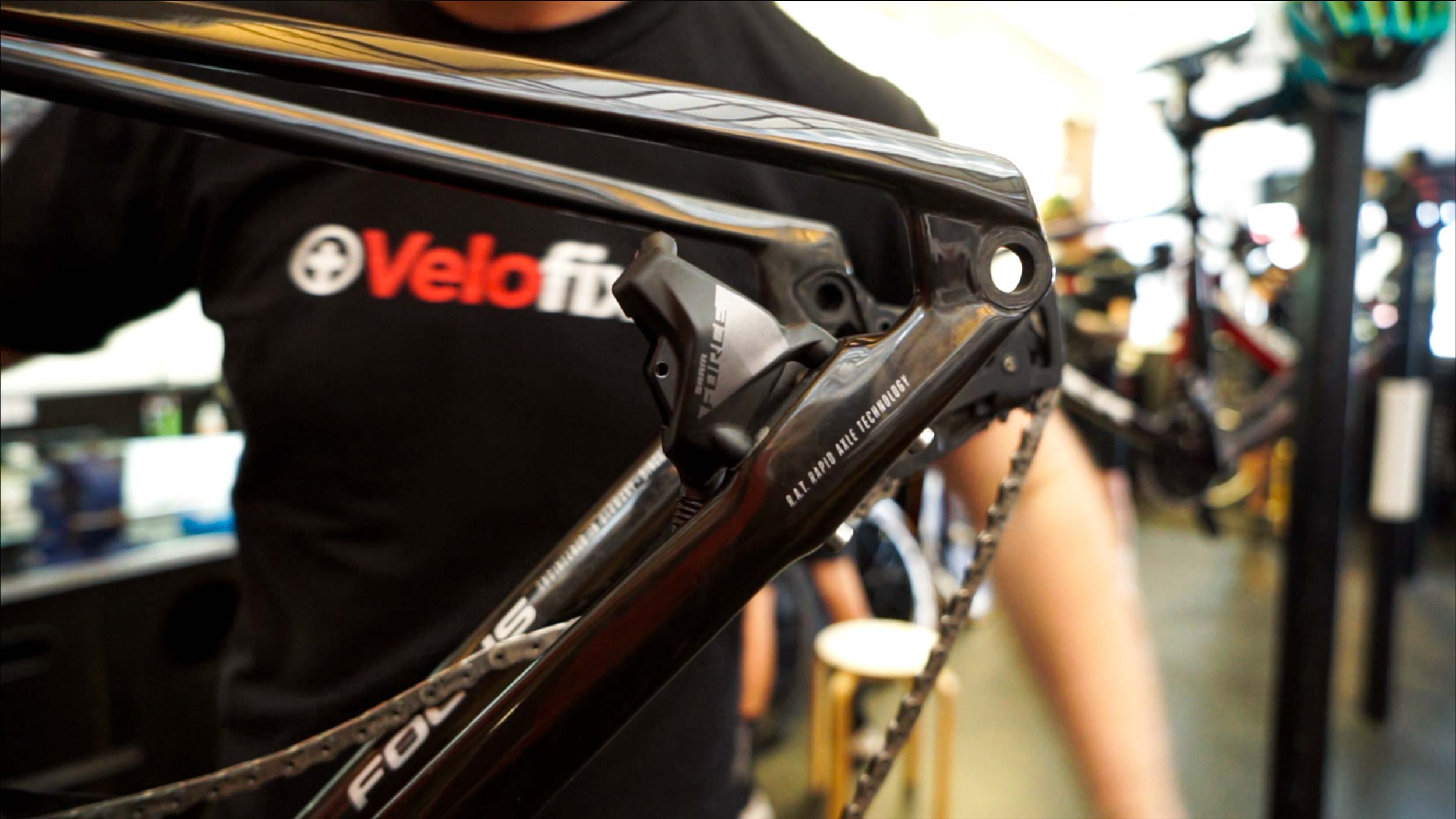 There was a time when I would service my own brakes. But that was about four bikes ago – ie. when there were callipers at the top of the forks and the rear stays, external cables, and relatively obvious configurations for the pads that, when activated by a fairly rudimentary lever, would squeeze a rim and slow you down.

It was after a couple of bikes with internal cabling and electronic shifting and other elements that can get slightly confusing, that I started getting mechanics to do what they do well rather than doing a botched job by myself at home. That realisation struck just as disc brakes were becoming mainstream on road bikes, and so it was a no-brainer: make the switch from rim brakes to disc brakes, and get the professionals to do the work on the bike. Once it’s all functioning beautifully, I’ll do the riding.

I’ve got a few tools lying around. It’s not like it once was, when there was a full workshop setup in a larger office space and staff who were trained to work on bikes. I can do the odd clean-up here, and add some lubricant there, and keep the bike in running order. Beyond that, however, I’d rather pay a little extra and get the job done properly. And that’s why I booked in a couple of bikes for today’s service. 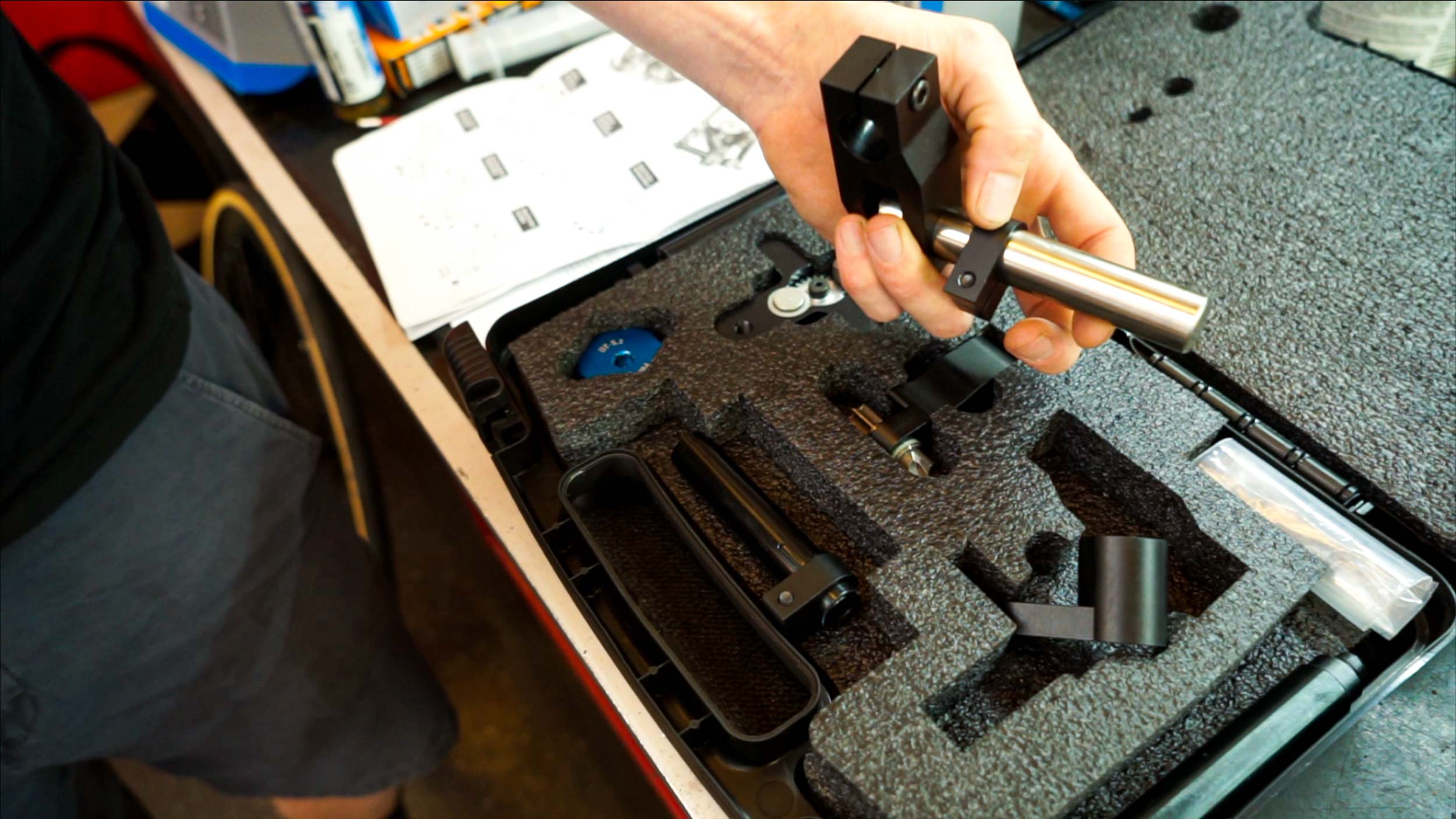 During the bike check-up in November 2020, I had a slight issue when trying to fine-tune the disc brakes. Velofix has a special Park Tools kit to face the fittings for the callipers – a relatively rare piece of equipment. Once the bike was serviced, no problems at all. Tickety-boo, but only after a tiny bit of excess paint was scrapped from the frame thanks to Anthony and his meticulous work.

Motivation for the workshop session

Allow me to explain the key motivation to go to the workshop today because, as I said earlier, I’ve never been happier with the way my bike is running. There is another Focus in the family collection – actually, there are another four bikes from that same brand in our house (another story for another day).

He does love it. That’s clear. He rides it often… but it’s rough love, because he also thrashes it to within an inch of its life.

There are some weekends when there’s a family bike cleaning session in our backyard. We’ll get out the degreaser and some brushes and sponges. The muck’ll come off the chain and the cassette will even look like it can sparkle again once all the gunk is gone. But that’s a superficial service, one that any hack can do after the Sunday morning ride and before the barbecue in the evening.

The mechanic at the LBS will look a little closer. They’ll straighten the derailleur, check the chain stretch, and look at how the brake pads have worn. They might top up the hydro fluid, or tighten some cables (depending on your braking preference). They will consider the wear on your tread and advise if new tyres are needed. They’ll spin a spoke wrench when needed, straighten a wheel, and tighten any bolts that have rattled loose. They’ll not only degrease, but regrease, they’ll lube and clean and generally make your bike seem like it’s new again.

A good service costs money but, in my appraisal, prevention is much better than a cure.

The Raven is in dire need of some mechanical love. And that’s why I’ll wheel two bikes into Velofix later today. A short time after that, I’ll get a call and a diagnosis… and I already know it’s not going to be cheap. But a good bike service is an investment in happiness.

If you haven’t done it for a while, give it a burl and let me know how you go. Never have I regretted getting a mechanic to fine-tune a bike. Even if it has been running like a dream, the ride away from the workshop always brings a smile to my face. And then I ask myself, ‘Why didn’t I do this earlier?’

Six monthly checks are ideal. Not cheap, and not always manageable, but consider your bike a little like you would your teeth; the mechanic is a bit like the dentist… ideally he’ll do nothing but you see him twice a year just the same. Leave it too long and… well, it could be some nasty root canal work for you!

And, just like the dentist visit, the longer you leave it, the more costly the next visit is likely to be. 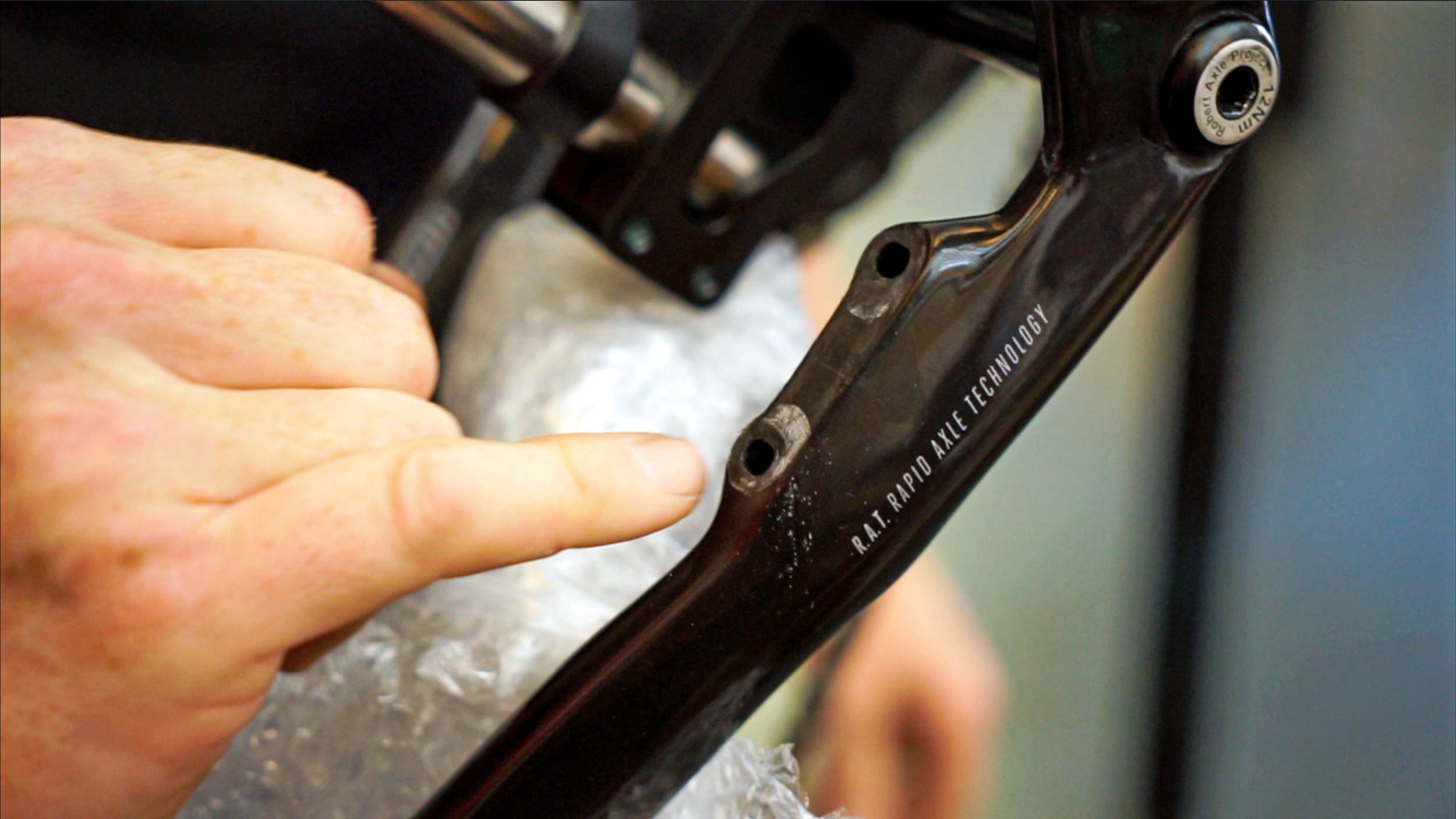 Before I even go to the workshop, I’ve got a feeling that there’ll be a few bits that need replacing. When I’m riding, all has been relatively smooth of late. The brakes have been gloriously efficient (and, after 96 days off the road because of lockdown, damn it’s nice to use them again). Shifting is flawless. The tyres are showing signs of wear but, in my estimation, they’ll keep on spinning for some time yet.

There’s a little creaking sound beginning to emerge down by the rear hub, and I removed my thru-axle a couple of times in the past week and slapped on a bit of grease to see if I could shut up that carbon ‘pang’ that sometimes comes. The noise did chill out after getting some love but Archie and Anthony at Velofix are likely to find the cause of the trouble. (I’ll keep you posted.)

The chain is a high-end SRAM AXS 12-speed offering. It has been in use for years (with the exception, of course, of those 96 days during lockdown) and I’ll get nervous when the guys at Velofix pull out the chain-stretch-measurement-thingy. They’ve done that in recent visits and there’s that little pause between them getting down close to the tool, reading the numbers and then relaying the message. When they utter, “Not toooo bad, you should get another few thousand kilometres out of that chain” I relax… a little.

It won’t be long though, and a new chain will be needed. Bugger. That’s not cheap. (Ah yes, the price we pay for having high-end bits…)

I might ask if they can spread a little carbon paste on the seatpost (but they’ll probably do that anyway, without prompting). And the seatpost bolt has gone all rusty, so hopefully there’ll be a chance to swap that out.

I’ve got the SRAM AXS app and could easily check the life of the batteries in my power metre and shifting levers, but I don’t do that often and usually just wait for the notification on my phone. ‘Bing,’ it says, ‘time to get new ones buddy!’ (Or words to that effect.) These seem to last years, so there shouldn’t be a need for a new CR2032. 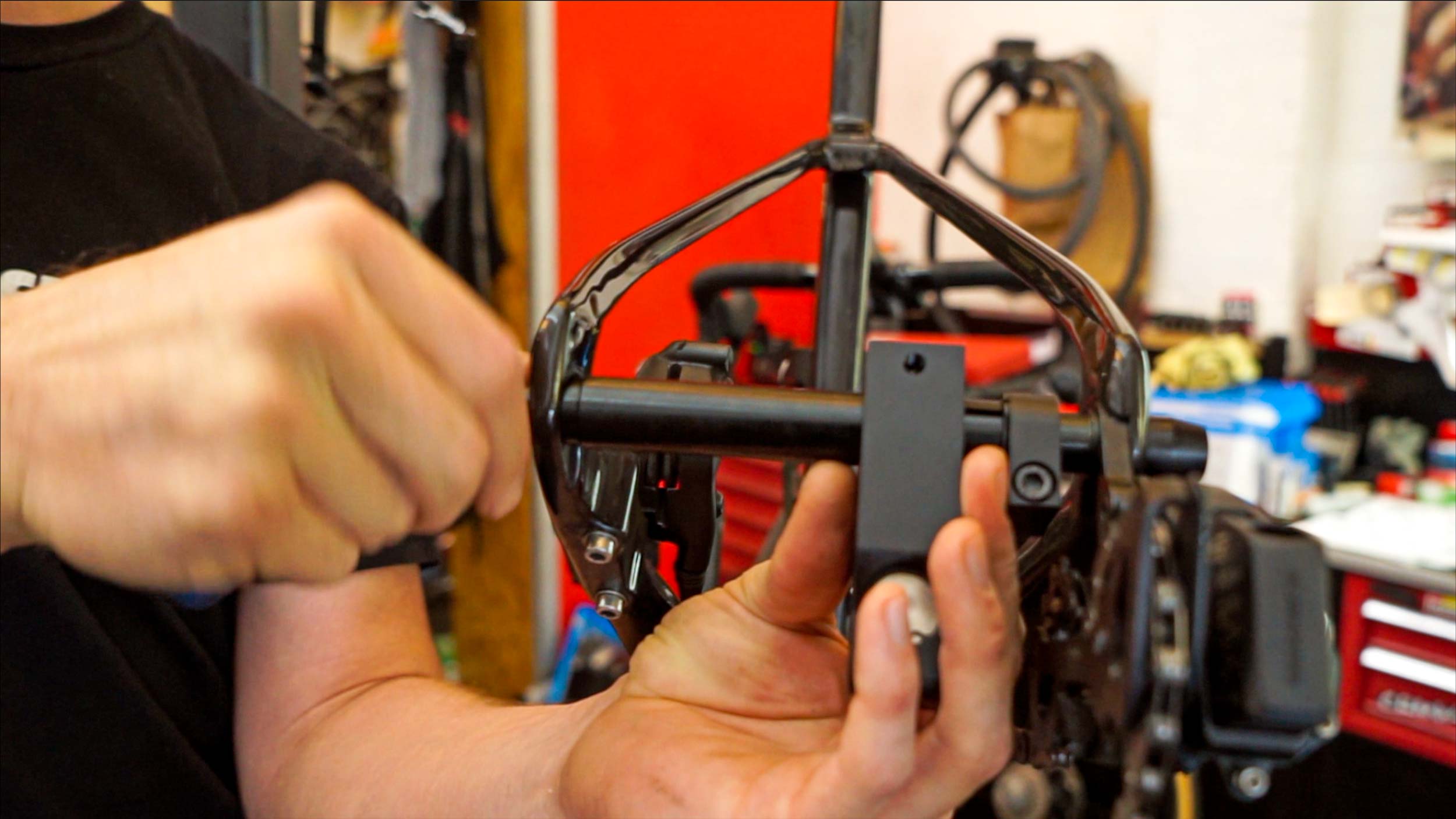 Health of brake pads and rotors

My most recent visits have resulted in the same diagnosis each time. “Rob, let’s have a chat about your brake pads.” Disc brakes are great. They slow me down. They are great in the wet. The modulation is just right. And, on the whole, I’m a complete convert. Love ’em. But… if you ride disc brakes and haven’t checked your brake pads, I’d strongly recommend you do so.

It can be fiddly down there, inside the hydro setup, and maybe that’s why we avoid the task – or just think, ‘I’ll do that another time’ – but again: prevention is better than cure.

The pads will wear faster than you think, certainly if you use your brakes like I do.

Listen to the mechanics. Chances are they’ll say, “You need new ones.” That’s how it has often been for me since getting this bike in April 2019. I think I’ve been through four, maybe five, sets of brake pads… but, in that time, it’s had very little need for any other investment after a check-up at the workshop.

One time soon I’ll likely be told, “Rob, let’s have a chat about your rotors…” but for now, I reckon I’ve got at least another six months before that happens. Swap your pads often so you don’t destroy your rotors. Again, prevention… etc.

Ah, just quickly: I use SRAM. The rotors have considerable life in them. I don’t treat them kindly and there has been plenty of risk of grit getting in there and scraping some life out of the metal. But the SRAM rotors do tend to last quite a while. Shimano ones, however, seem to need replacing often. That’s what I’m always told – by mechanics and fellow riders alike. But I can’t offer any further comment: I haven’t used a Shimano setup for years.

When the diagnosis is offered by the mechanic at Velofix, I know one thing: my son’s Raven is going to get more of a workout on the work-stand than my Izalco Max. His bike is cheaper than mine, but the repair bill is going to be more expensive because I get my bike serviced quite often and he isn’t quite so particular.

I’d rather pay a little bit regularly than a lot when things go properly wrong after a few years of neglect. And that’s the story of my visit to Velofix before I even get to the workshop. I’ll let you know how it goes and how many of my predications came true. 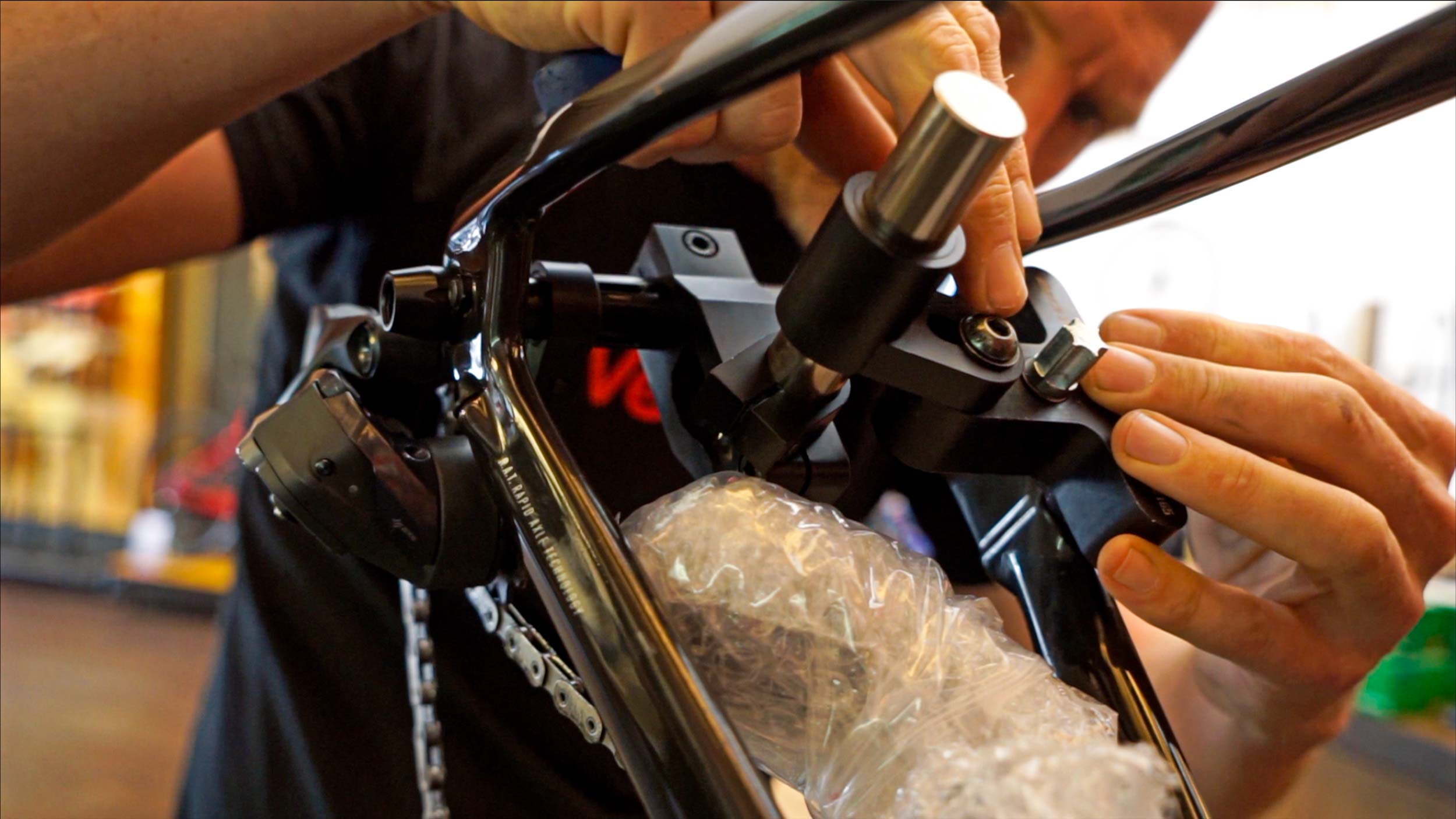